ISLAMABAD, Pakistan: The Prime Minister’s Special Representative for Afghanistan Ambassador Muhammad Sadiq has said that Islamabad’s seriousness in mending the trust deficit and starting a new chapter in the bilateral relationship with Kabul reflects in the number of steps the government of Pakistan has initiated within the last six months.

While speaking to the 7th Pakistan Afghanistan Joint Committee (PAJC) meeting spearheaded by the Center for Research and Security Studies (CRSS) and Organization for Economic Studies and Peace (OESP) in Islamabad on Tuesday, the Special Representative said that such steps include the introduction of a liberal and friendly visa regime for Afghanistan, making it easy for Afghans to do business and open bank accounts inside Pakistan, the decision to open 12 border markets with Afghanistan, and pipeline projects like tele-medical centers in Afghanistan and railway link between the Countries.

Sadiq assured that the progress on the bilateral front would pick pace in the coming months. 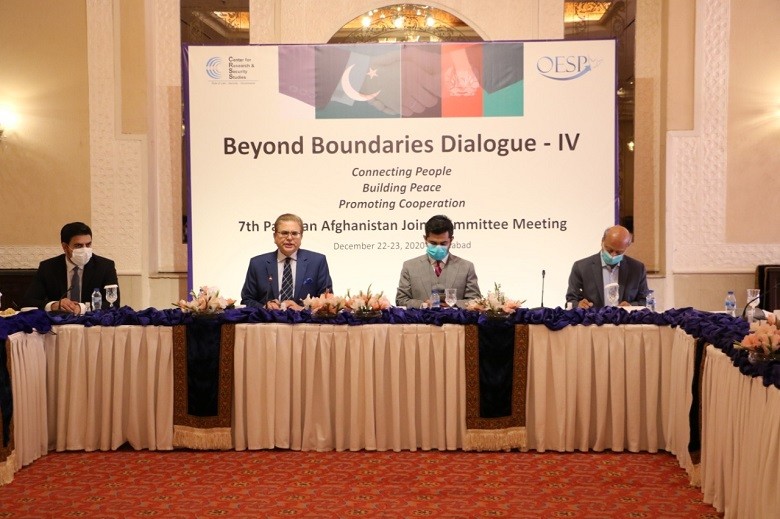 The Special Representative said that there is certainly a positive trajectory with regards to Pakistan-Afghanistan bilateral ties. He said that in the last few months, both sides have achieved significant progress, though there is a lot still to be done.

Muhammad Sadiq said that for the first time, the Parliaments on both sides are playing a very active role in addressing issues of mutual interest. He said that complex issues accumulating over years would take some time for resolution.

The Special Representative for Afghanistan said that trade is and should always be the connecting link between the two nations. It also promotes people to people contacts along with a lot of economic opportunities for the people, particularly the ones residing in border areas.

“We are also looking into investing into each other Countries which reinforces our push for increased trade, paving way for shared stakes and mutual interests,” he said.

Ambassador Sadiq said that this in turn would materialize into durable peace and sustainable development in the region.

Mati
Mati-Ullah is the Online Editor For DND. He is the real man to handle the team around the Country and get news from them and provide to you instantly.
Share
Facebook
Twitter
Pinterest
WhatsApp
Previous articleThe story of Direct Foreign Investment in Pakistan and Turkish companies in Punjab
Next articleHEC introduces online degree attestation