Battling with polio, Pakistan has been for years striving hard to eradicate the crippling disease; however, there still exits a number of people even in the Federal Capital who continue to cast doubts over the quality of polio vaccination.

As today while an anti-polio drive was underway in the Federal Capital, a resident of Shahzad Town area of Islamabad voiced reservations over the anti-polio program and refused vaccination for his children.

The Pakistan Tehreek-e-Insaf’s (PTI) lawmaker in the National Assembly Raja Khurram Nawaz was also present on the occasion.

This father from UC Shehzad Town had serious questions on the safety and efficacy of polio drops. His demand that I and @dcislamabad should take polio drops first before he will allow it for the first time to his son. Here we go sir 😊👇👇 pic.twitter.com/93n3doMl69

It is worth noting that along with Afghanistan and Nigeria, Pakistan is the only Country in the World where polio virus still exists. 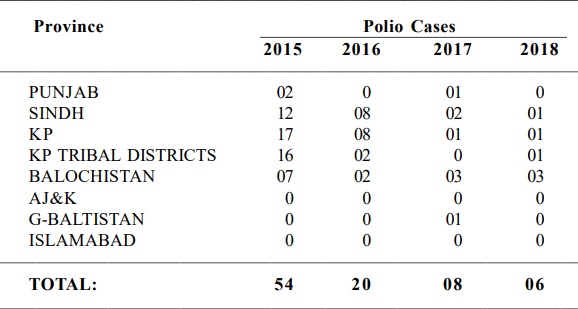 The government of Pakistan initiated polio eradication efforts in 1994 and so far over an estimated 875,000 cases of polio related paralysis and death have been prevented in the Country.

Since 2011, the polio eradication is being tackled as a national public health emergency and a yearly National Emergency Action Plan for Polio Eradication (NEAP) is being developed and implemented across Pakistan.

Mati
Mati-Ullah is the Online Editor For DND. He is the real man to handle the team around the Country and get news from them and provide to you instantly.
Share
Facebook
Twitter
Pinterest
WhatsApp
Previous articlePakistan army deplores Afghanistan’s behavior over SP Tahir Khan Dawar issue
Next articlePakistani security forces safely recover 5 abducted Iranian guards