Is Pakistan the first country to implement a tax on mobile calls that cross the five-minute duration?

The Ministry of Finance’s decision to implement a 75 paisa tax on mobile calls that cross the five-minute duration has raised a lot of eyebrows and public backlash.

As per the data available, this move is unheard of either regionally or globally, and the general consensus is that this might just be the first of its kind mobile tax ever implemented. A record that no government wants to be associated with.

Of the 183 million cellular subscribers in the country, 98 million use mobile broadband/Internet while 85 million only basic voice calls, which makes this move even weirder seeing that this tax will majorly impact the lowest segment of the society; people who can’t afford smartphones or the internet to make WhatsApp calls and rely on voice calls and SMS to stay connected. 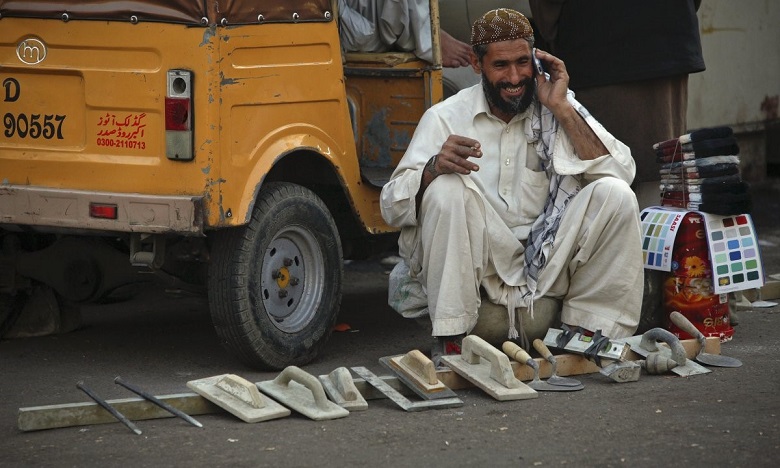 If imposed, a five-minute mobile call will now roughly cost Rs 2.72 instead of the previous Rs 1.97. The Federal Board of Revenue (FBR) has estimated to collect Rs 20 to 30 billion through this new mobile tax but industry experts are skeptical.

Ironically, the current government has an ambitious anti-poverty Ehsaas initiative that utilizes telecom as a powerful tool in poverty alleviation; however, the country remains one of the highest-taxed telecom markets in the world. Telecom subscribers in Pakistan are already subject to a 19.5% GST (highest of all GSTs in Pakistan) and 12.5% WHT.

Millions of Pakistanis use mobile phones and a vast majority of them have no jobs or taxable earnings. Countless others are hardly making ends meet with their disposable incomes – day laborers, for instance. All these people who are even below taxable thresholds and rather even eligible for cash assistance and welfare support programs, are being subjected to indirect taxes.

Following this announcement, the public took to social media to voice their concern and demanded the removal of this ‘anti-poor’ tax. From media reports gathered, the decision has also caused unrest among the laborers, guards, watchmen, drivers and other daily wagers who live in cities and other far-flung areas away from their families.

In a statement, the PPP Secretary General Nayyar Bokhari said this decision of the government to increase tax on mobile phone calls had caused unrest among the poor and labor class in the country.

Sources in the telecom industry say that this new tax was implemented in the budget without consultation. This tax cannot be easily enforced as the charging structure is not linear and is based on bundle offers to facilitate prepaid users who account for 98% of overall cellular subscribers in Pakistan.

In addition, users will quickly learn to redial before 5 minutes to defeat this proposed levy hence it may bring nothing to the government but add to the complexity for the telecom sector and operators while causing massive inconvenience to the customers.