Is Minal Khan Officially in A Relationship? Surprising Details Inside!

Is Minal Khan officially in a relationship? If it is true, then who is the lucky one?

Minal Khan is one of the most talented actresses of the industry who is getting increasingly famous with every passing day. She is beautiful and amazing in her acting skills. We have been watching her these days in drama serial ‘Jalan’ in a negative role and she is doing wonders. However, there is something even more fascinating from Minal’s real life. Is Minal Khan officially in a relationship? If it is true, then who is the lucky one? Here we have got every bit of the surprising details.

Is Minal Khan in a New Relationship? 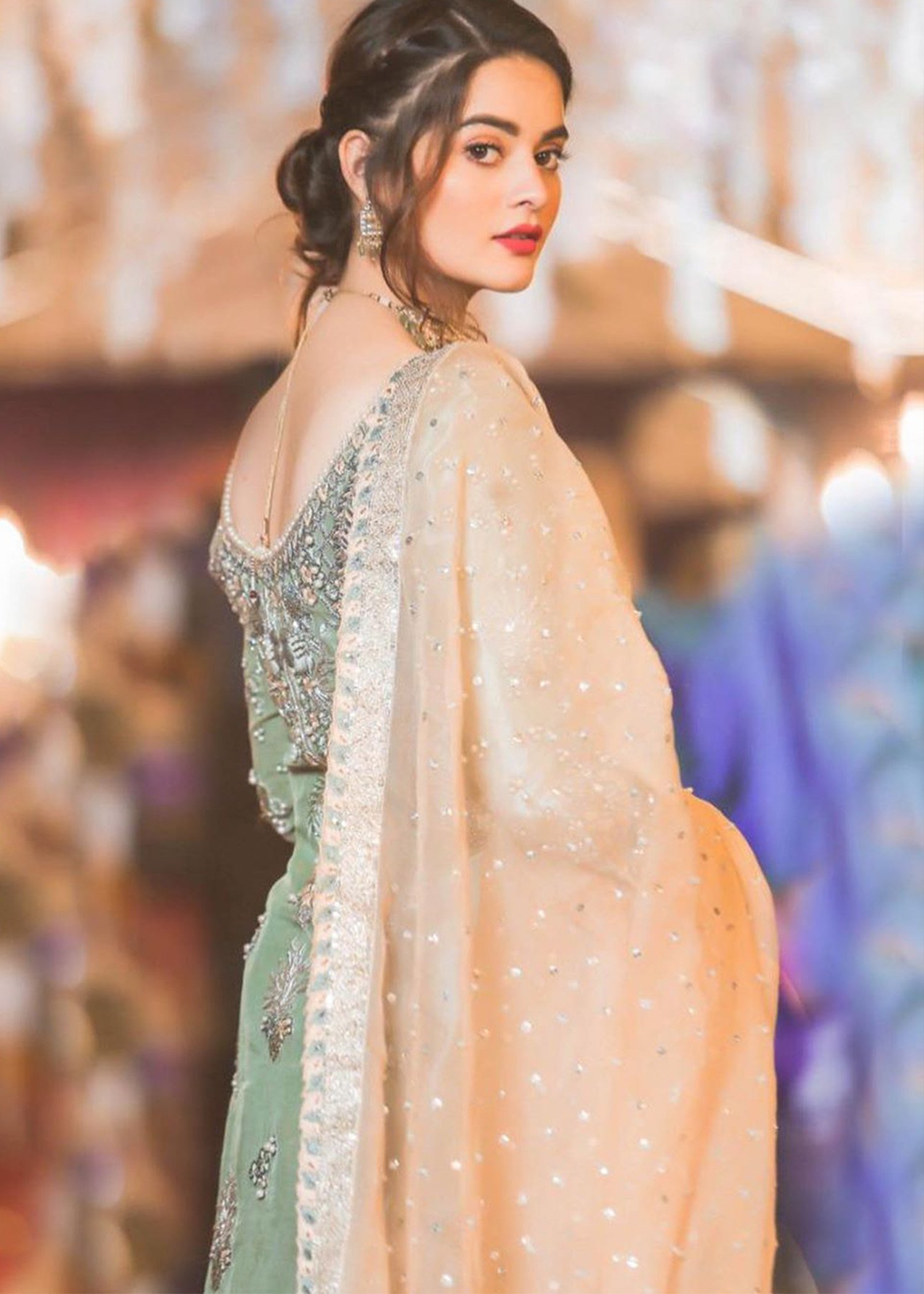 Well… there is something taking rounds over the internet depicting that Minal Khan has something to declare about her relationship status. If you have been wondering about who is that lucky one in Minal’s life? Here we have got what you must be looking for in detail. Check out this picture!

Minal Khan shared her picture in which she is dressed up in a finely designed attire by Amaltaas. Right after she posted this picture on her Insta, fans gathered in the comments section to shower love for Minal. However, there was a special fan who made it to grab all the attention with just a simple 3-words comment. Take a look! 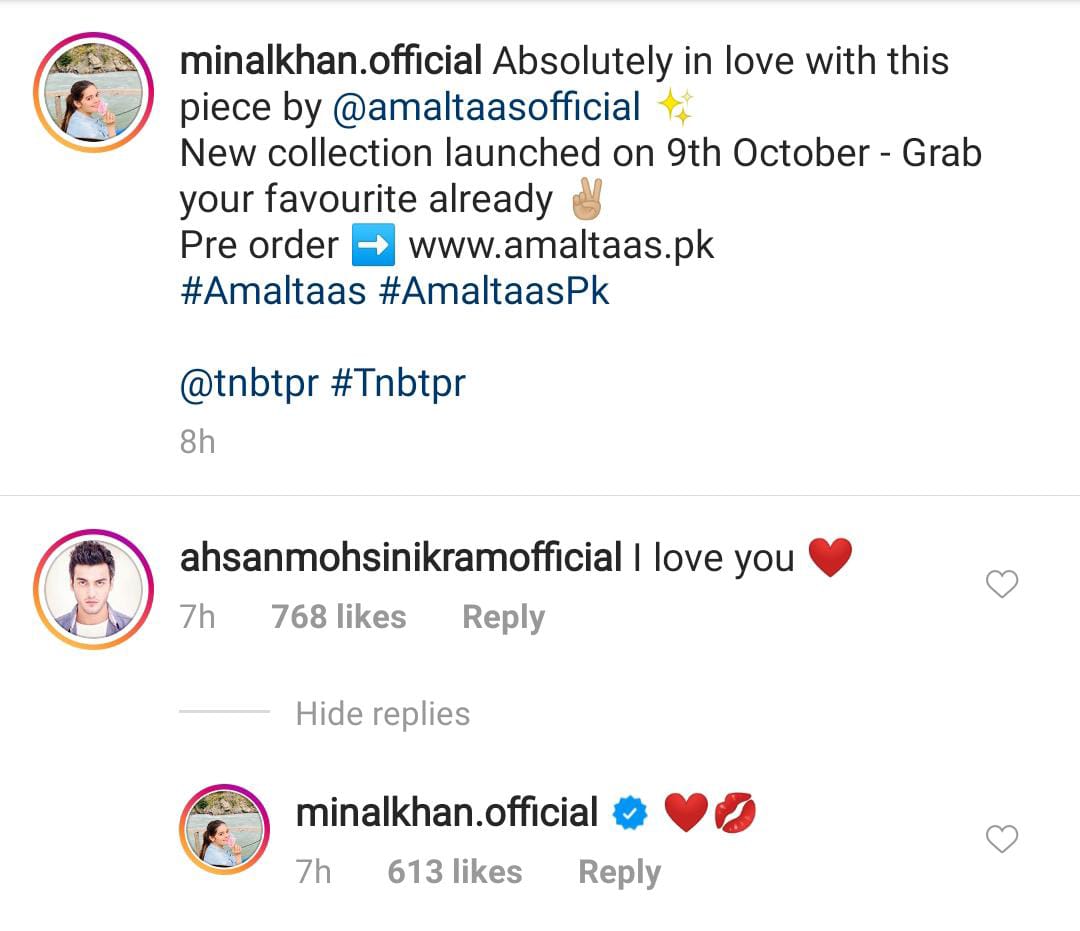 Ahsan Mohsin Ikram is a rising star in the drama industry and he is that special fan of Minal Khan who straightaway commented “I Love You” on the picture.

Everyone got glued to this comment as soon as Minal Khan responded with her expression of love. It seems like these two hearts are all set to make their relationship official. However, there is no official statement issued by any of them in this regard.

A Flashback to Rumors from the Recent Past!

Taking a flashback to the rumors spreading around in the recent past, social media was overflowing with the posts discussing Minal Khan’s new relationship.

A social media platform posted back in June this year speculating that Minal is in a new relationship, leaving Manzoor Khan behind.

The rumor was set to heat with a post on Instagram and here we have got it for the fans:

However, no one was sure if it has something to do with reality or not that Minal Khan is dating Ahsan Mohsin Ikram.

The recent comments on Minal’s latest post are saying a lot loud and clear. We hope that this adorable couple comes together for an official relationship very soon. 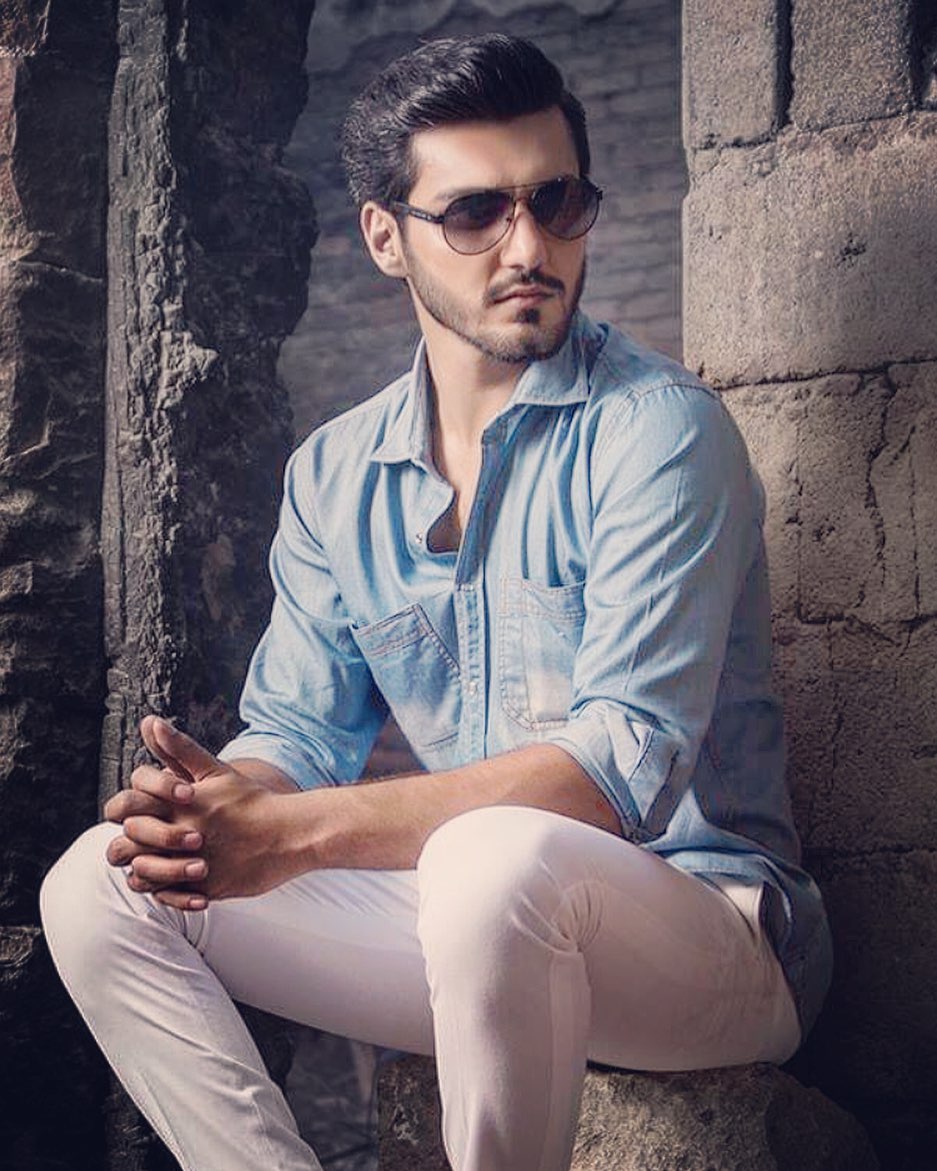 Ahsan Mohsin Ikram is a rising talent in the Pakistan showbiz industry who has been working in different dramas.

He has worked for many famous brands commercials like Pepsi, Coca-Cola, Warid, Jazz, Telenor, and Cadbury Dairy Milk.

Until today, his portfolio includes his appearance in the following drama serials:

So, what do you think about this new couple in the industry? Please share your feedback to add up to this write-up!