Airlift started off in Pakistan as a bus service similar to what Uber and Careem offer. However, as soon as the global pandemic hit last year resulting in to complete lockdown, the company suffered like many other businesses across the country. However, Airlift made a comeback by analyzing the need of the hour. The company is now offering delivery services to residents across major cities of Pakistan. But are they really doing that? Journalist Hassan Iftikhar raised the issue on Twitter about Airlift running fake ads on Facebook a few moments back.

According to Hassan Iftikhar, Airlift is running fake ads on Facebook. The ads show reviews shared by several Twitter users. However, the profiles claimed in the ad posts are fake and not found on Twitter as shared by Hassan Iftikhar in his recent Twitter post. 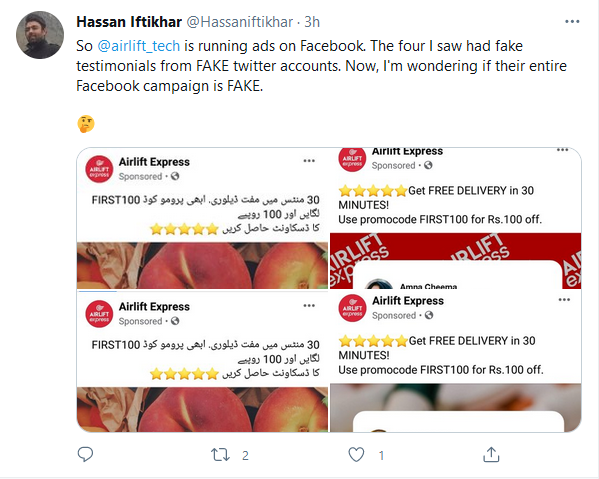 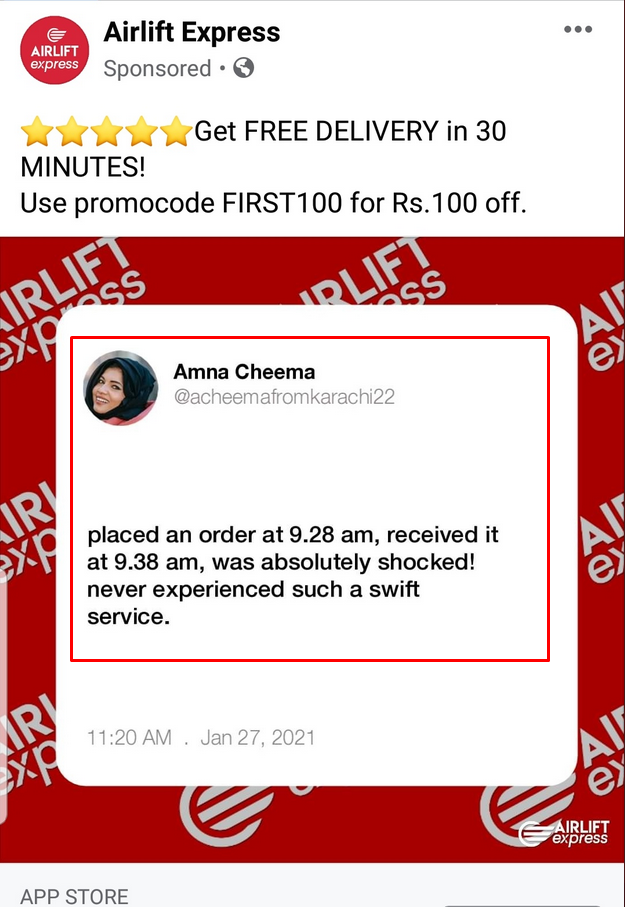 It is too early to predict if the company is running a fake campaign on Facebook to engage users. The ad post shows a promo code for users to get a discount of PKR 100 on deliveries. While this may be valid to use, let’s not forget the scam campaigns observed in the recent past for KFC and a few other brands. 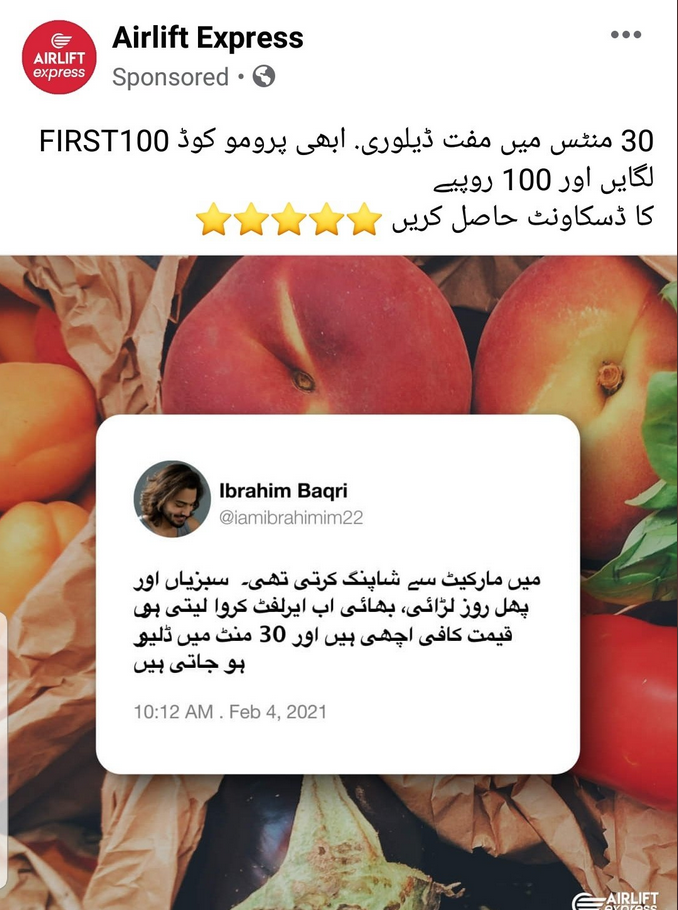 How To Check Its Validity

If you want to stay out of scams and also want to avail the delivery services offered by Airlift, here is something you can try:

It is important to mention that Airlift may not be at fault for these campaigns. We have observed several promo scams in the past run by scammers without involving the company at all. However, it still falls under the company’s obligation to not use false information such as fake reviews to engage customers.

To find out more latest updates from around you, stay tuned as we bring more information to the table.

Talal Farooqi
I'm a mass media graduate with a great deal of interest in blogging and copywriting. I'm told that I'm good with words. So, feel free to check out my work and I hope you have a good time reading my pieces of writing.
Share
Facebook
Twitter
Pinterest
WhatsApp
Previous articlePakistan attaches great importance to furthering bilateral ties with Ukraine: Army Chief
Next articleBahrain Crown Prince Calls PM Imran Khan, enquires about his health

You Can Now Enjoy HBL WhatsApp Banking Services – Details Inside