ISLAMABAD, Pakistan: Iran’s Special Envoy for Afghanistan Mohammad Ebrahim Taherian Fard along with a delegation met the Foreign Minister Shah Mahmood Qureshi at the Ministry of Foreign Affairs in Islamabad on Thursday.

During the meeting, the two sides exchanged views on Pakistan-Iran bilateral relations, the Afghan peace process, the regional security situation as well as other issues of mutual interest.

Emphasizing that there was no military solution to the conflict in Afghanistan, the foreign minister underscored that only a negotiated political settlement, through an Afghan-led and Afghan-owned political process, would help achieve the desired objective of sustainable peace and stability in Afghanistan. 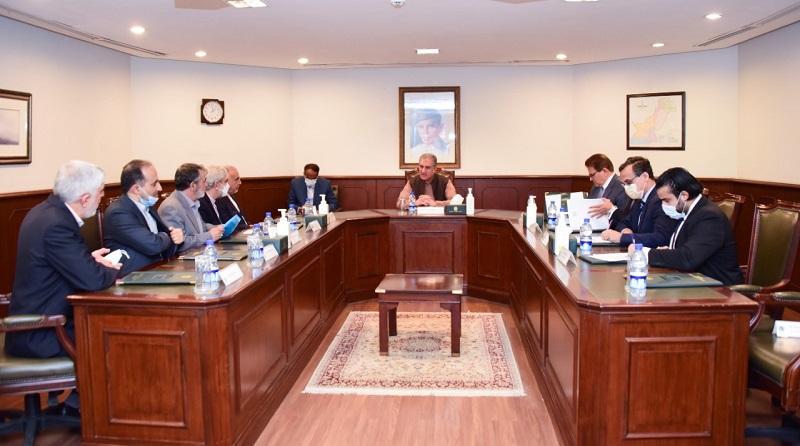 Shah Mahmood Qureshi expressed concern on a high level of violence and emphasized the need for reduction in the violence leading to a corresponding ceasefire. He added that the continuation of violence would strengthen the hands of spoilers who did not wish to see the return of peace in the region.

The foreign minister urged that it was important for the Afghan parties to seize this opportunity and leverage international support for the peace process.

​Highlighting that both Pakistan and Iran have suffered due to instability in Afghanistan, the foreign minister stressed close coordination between the two Countries.

The foreign minister congratulated President-elect Ayatollah Sayyid Ebrahim Raisi on his victory and reaffirmed his commitment to further increase bilateral relations in all areas.

Iran’s Special Envoy of the Foreign Minister for Afghanistan is on a two-day visit to Pakistan.