With regard to tourism, the Iranian consul general said that the Iranian visa can be applied online by visiting the website and filling the form, adding that visa fees are very low.

The Iranian consul general said that currently, three to four flights are being operated a week to Iran. He said that the cost is very reasonable compared to other Countries; therefore, a visit to Iran can be undertaken at a very low cost.

Replying to a question, he said that in the contest of Quranic verses, they can’t remain silent on the atrocities taking place in Palestine, Kashmir, and elsewhere as being Muslims, we must be concerned about our oppressed fellows.

To another question, the Iranian consul general said that no Shia Sunni issue exists among Muslims, and that political differences may occur even between two brothers. However, he noted that though it’s of no significance but yet the enemy is propagating it taking advantage of people’s ignorance and obliviousness.

Mohammad Reza Nazeri further said that Iran excelled in science after the revolution and now is one of the top four Countries in the field of nanotechnology while it stands atop in the Muslim World. 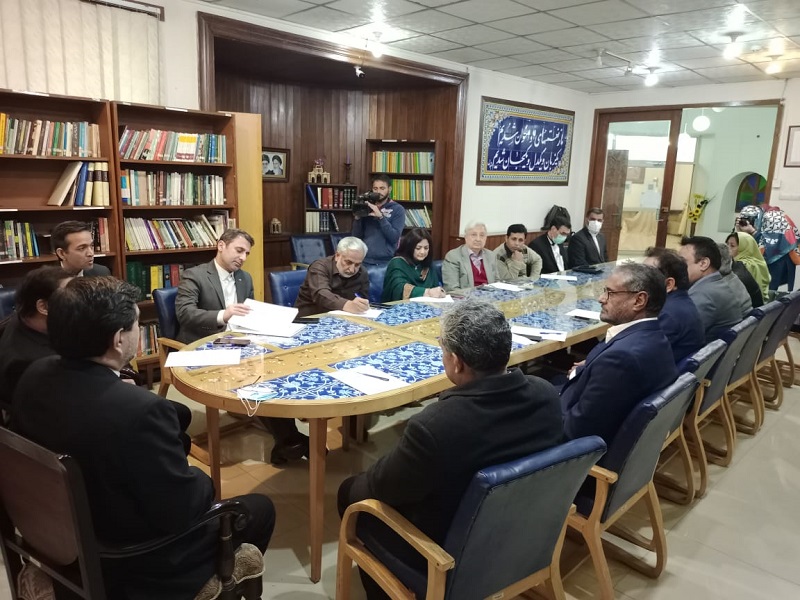 It was agreed in the meeting to exchange the delegations between Pakistan and Iran to further promote the mutual understanding in the fields of journalism, education, culture and economy.

Besides, the Director General Khana-e-Farhang Iran Jaffer Ronas was also present on the occasion.