ISLAMABAD, Pakistan: The Iranian ambassador Mehdi Honoardost on Friday reiterated that Iran would never let its resources used against Pakistan and that both the ports would complement each other in a cooperative framework.

Talking to the National Security Adviser Lt. General (retd) Nasser Khan Janjua in Islamabad during which besides bilateral relations, economic prospects of China Pakistan Economic Corridor (CPEC), Gwadar & Chabahar ports, and matters pertaining to regional and Muslim world’s security situation came under discussion, the envoy said that Muslim world is passing through challenging times and Iran believed that Pakistan can play a very constructive and balanced role in the given scenario. 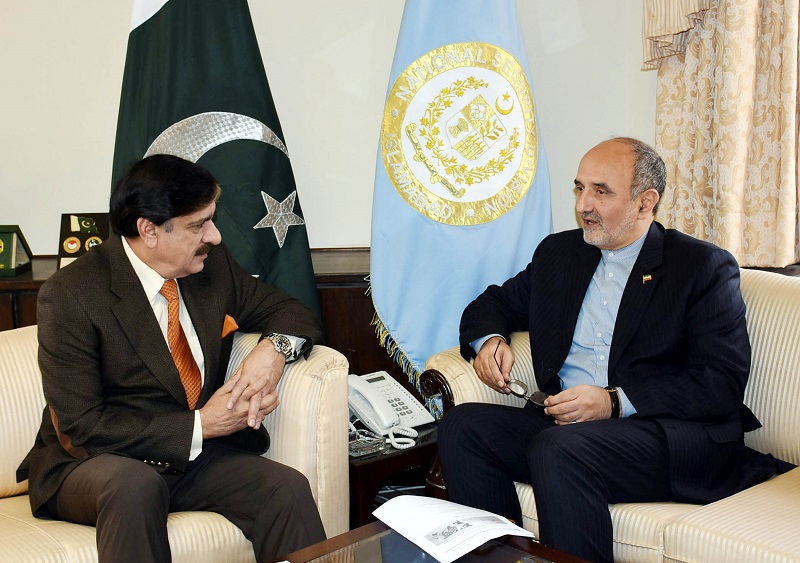 While stressing the need for consolidating regional cooperation, the envoy said that cooperation is the only way to achieve sustainable peace in the region, particularly in the Muslim world. He regarded CPEC a game changer endeavour for the region and said that Iran is keen to be a part of it.

The national security adviser while welcoming the ambassador said that Iran is our brotherly Muslim neighbouring country to which Pakistan had always extended a friendly hand and is keen to strengthen these ties in future.

“The most valuable part of Pak-Iran relations is the mutual feeling of brotherhood among the people of both the countries,” he added.

Both the sides agreed that Pakistan and Iran share a common future. They agreed that broader understanding of each others stance regarding key regional developments can consolidate Pak-Iran relations and can pave ways to enhance bilateral engagements further.

The ambassador extended an invitation on Regional Security Seminar to the national security adviser scheduled to be held early next year in Iran which the latter thankfully accepted.

Mati
Mati-Ullah is the Online Editor For DND. He is the real man to handle the team around the Country and get news from them and provide to you instantly.
Share
Facebook
Twitter
Pinterest
WhatsApp
Previous article
PML-N to contest next polls with robust performance: PM Khaqan
Next article
Woman of Pakistani origin namely Zubia Shahnaz is charged with financing Islamic State
Share
Facebook
Twitter
Pinterest
WhatsApp