Jhelum, Pakistan: “Allama Iqbal is not only founder of the creation of Pakistan rather he is philosopher of whole Muslim world who teaches the narrative of freedom among Muslims”. 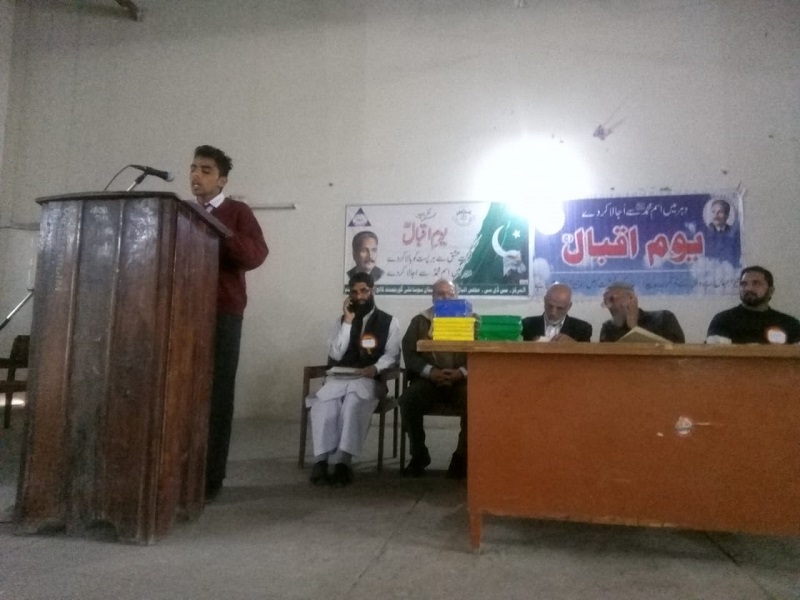 These views were expressed by speakers at an event organized by Almarkaz, a renowned welfare organization of Jhelum to pay tribute to the great thinker, philosopher and poet Allama Dr.  Muhammad Iqbal.

The function was held here at Government College G.T. Road Jhelum, in collaboration with the CDC Almarkaz, Majlis e Iqbal and Nazria e Pakistan Society of the college. 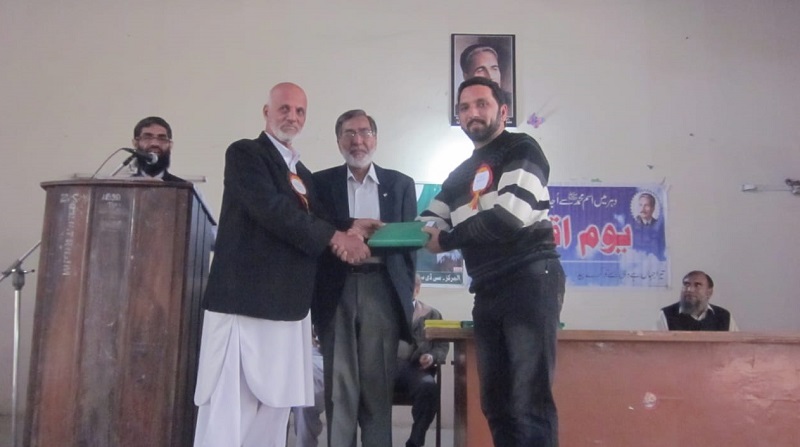 Speakers included, Prof Qudrat Ali Sialvi, an authority on Iqbal, Dr. Majid Chaudhry, Prof Zahid Sahi, Prof Akram Madni, Prof Ashiq and students from various colleges of Jhelum.  Speakers paid rich tribute to Allama Iqbal for his love for our Prophet, ever-lasting messages through his poetry and prose, his contributions for the Creation of Pakistan and specially his message to the young Muslims. The program was largely attended by the learned members of Jhelum community and students.

At this occasion college Hall was named ‘Iqbal Hall’, and a portrait of Allama Iqbal was also presented by Dr. Asad Mirza to the college, for Iqbal Hall. 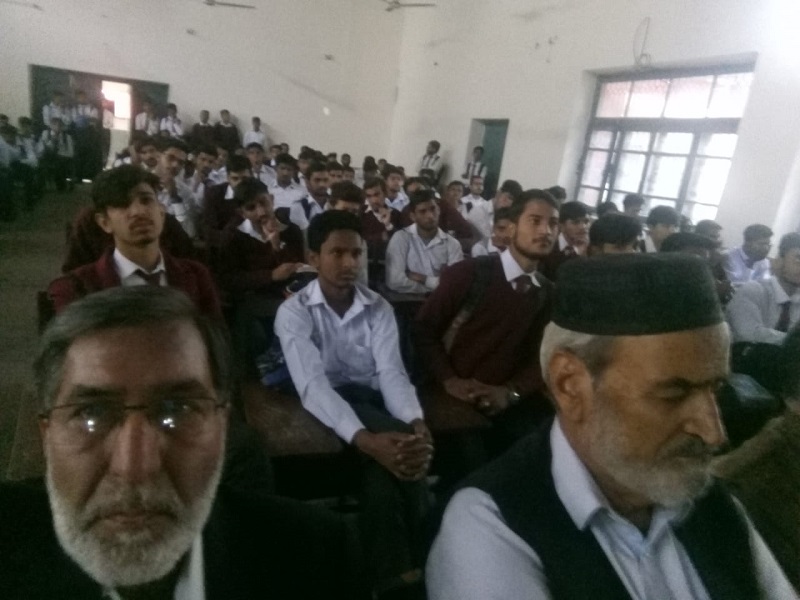 Iqbal, a poet and philosopher of post World War I era, is known for his influential thoughts direct to his fellow Muslims in British-administered India toward the establishment of a separate Muslim state, an aspiration that was eventually realized in the country of Pakistan.

Allama Iqbal was born in Sialkot on November 9, 1877 and died in Lahore on April 21, 1938. He is also known as Poet of East and “Spiritual Father of Pakistan”.