DHAKA, Bangladesh: The three-day Summit of the Indian Ocean Rim Association (IORA) from November 22 to 24 kicked off in the Bangladesh Capital Dhaka on Tuesday with a big dream to benefit the 23 Member Countries bordering the Indian Ocean with the optimum use of one of the world’s most resourceful marines.

Foreign Ministers and State Ministers for Foreign Affairs Of 16 Countries are joining the Summit along with a total of 134 delegates, marking the biggest gathering at any IORA Summit since its inception in 1997.

The regional forum comprises 23 Member States and 10 additional States as dialogue partners. Representatives from all these Countries will join at different related sessions of the Summit.

It means that almost all superpower nations excluding the south Asian Muslim State of Pakistan, which is also the only Muslim nuclear power in the world, are affiliated with the IORA in some way. So, the platform, obviously, has the potential to do something bigger for the welfare of the whole globe in the wake of worrying climate change impacts including global warming.

The Summit is divided into two parts — senior officials’ meeting and the council of ministers. The theme of the Summit this year is “Harnessing the opportunities of the Indian Ocean sustainably for inclusive development”

At the eve of the Summit on Monday, the Foreign Minister of the Host Country AK Abdul Momen at a media briefing said that eight issues will be prioritized in the summit with the goal of combined progress in the region.

Nearly 2.7 billion people live in the IORA-Member Countries and the Indian Ocean is the lifeline of trade and commerce for them. The IORA has the scope to play a significant role in connecting the Indian Ocean Rim Countries which are rich in cultural diversity, traditions, arts and cuisines.

The Bangladeshi foreign minister in his written statement noted: “Since its (IORA) inception it has evolved into an important regional platform for the littoral states of the Indian Ocean. Promoting sustained growth and balanced development within the Indian Ocean region, IORA strengthens cooperation and dialogue among the Member States”.

Due to geographical location and comparatively better weather conditions, the Indian Ocean has drawn the attention of global leaders for the last couple of decades. Especially, in the wake of climate change impacts including the global warming this ocean is very significant. So for regional prosperity as well as geographical and economic stability of the whole globe, the IORA Member States must develop combined and long-term strategic plans.

“We want economic prosperity of this region. We want free, inclusive, secure, and peaceful navigation for all without any encumbrances. Fisheries management is very important because unregulated fisheries and thieving are harming the ocean. We have to manage this and control it together,” Momen said.

Exclusively talking to this journalist, the Chairman and Associate Professor at the Department of Oceanography in Chittagong University, Bangladesh, Dr. Mohammad Muslem Uddin, said that the position of the Indian Ocean is far better than most other oceans in the world.

“Due to ice, a huge part of other oceans are unusable. But the Indian Ocean is exceptional and fully usable,” Uddin said, adding that the big problem is that there is a huge lack of research and the resources in the Indian Ocean are mostly prediction based.

Dr. Mohammad Muslem Uddin noted that still there is a lack in understanding and mutual relations among the member states. So it’s not so easy to ensure frank sharing of technology among each others and take joint efforts by the member states. Besides, there are also tugs of war among some countries over the establishment of supremacy.

Even, the Bangladeshi foreign minister openly said at the press conference in Dhaka on Monday that some countries are trying to form various types of groupings in this region.

Another big challenge is unregulated use of resources in the Indian Ocean. As a result, coral reef, underwater ecosystem characterized by reef-building corals, has been being destroyed. Minister Momen pointed it as a matter of great worry.

The global warming due to climate change impacts is also putting the Indian Ocean under dire threat. Actually, ocean or sea water is the biggest medium of stabilizing the global climate and warming. “But due to the global warming, the sea waters are also becoming hot and the condition of the Indian Ocean is also same,” Momen warned, saying it as the “very serious issue of tension”.

Besides, there is a lack of sufficient and skilled institutions for the management of waters in these IORA-affiliated countries. So, building institutions with experts is another big challenge for proving IORA as a big and powerful association.

So how the IORA-Member States be able to adopt big projects with combined efforts is a must to see the forum as a big and viable platform in the region in future. Otherwise, like the SAARC (South Asian Association for Regional Cooperation) it will turn into a big but futile platform with a bad image as bogus boo. 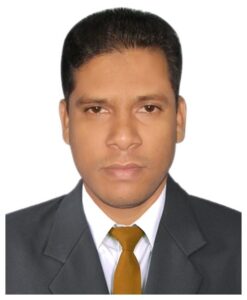 The writer Md. Kamruzzaman is an Asia-based prize-winning freelance journalist who mainly writes on diplomacy, refugee, human rights, and climate change. His articles have been frequently published by Turkish Anadolu Agency, South Asian Monitor, and other media outlets including Aljazeera as the content of the Anadolu Agency.

Mati
Mati-Ullah is the Online Editor For DND. He is the real man to handle the team around the Country and get news from them and provide to you instantly.
Share
Facebook
Twitter
Pinterest
WhatsApp
Previous article
TECNO Mobile bagged Top#1 ranking in mobile units sold in Daraz 11:11 sale
Next article
Youth is the future torchbearers of Pakistan-China strong friendship: Rana Ihsan Afzal
Share
Facebook
Twitter
Pinterest
WhatsApp