The Chief Guest of the Conference was the Assistant Minister/Spokesperson of the Ministry of Foreign Affairs of Vietnam Le Thi Thu Hang. 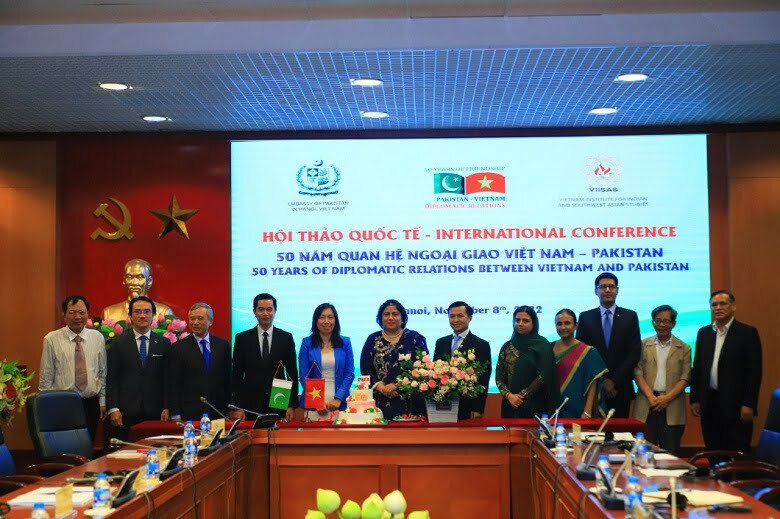 During her remarks, Le Thi Thu Hang hoped that the consistent efforts from both sides would lead to strengthening of the bilateral ties.

During her welcome remarks, the Ambassador of Pakistan to Vietnam Samina Mehtab overviewed the current status of the bilateral relations and looked forward to the discussion during the conference.

A Cake Cutting Ceremony was also held during the Conference.

The Conference was attended by more than 100 delegates from various departments of both Countries, members of diplomatic corps, scholars, and businesspersons.

It was held in hybrid format and several participants joined via zoom.

Around 20 research scholars and representatives of relevant departments from Pakistan and Vietnam shed light on the bilateral ties.

During the Conference, speakers from both sides had an extensive discussion on 50 years of bilateral relationship and proposed strategies to strengthen the relationship.

Mati
Mati-Ullah is the Online Editor For DND. He is the real man to handle the team around the Country and get news from them and provide to you instantly.
Share
Facebook
Twitter
Pinterest
WhatsApp
Previous article
PTV Sports Live England vs India ICC Men’s T20 World Cup 2022 Semi Final
Next article
President for provision of insurance coverage to victims of manmade and natural calamities
Share
Facebook
Twitter
Pinterest
WhatsApp