Islamabad, Pakistan: “President Erdoğan is a bridge between Turkey and Pakistan and he is very sensitive about problems beings faced by Muslims all over the world.

The situation in Indian Occupied Kashmir is getting more difficult for Kashmiri people due to constant human rights violations under communication blackout and lockdown”.

Turgay Evren recently wrote a famous song Kashmir is My Name —Massacre Again and Again. His song is sung by American singer Della Miles and has been trending on social media since it was launched this week.

Turgay Evren got tremendous popularity as Muslim Voice after he released an English song on Jerusalem (Don’t Cry Jerusalem) two years ago.

He had penned work for raising Syrian refugees issues, African mothers and their starving kids, and Yemeni people struck by civil war and hunger.

Hereunder are the Questions and Answers of his interview:

Question: Your poetry/song represents and exhibits real situations in Indian Occupied Kashmir. How did you feel in such a real situation? Through research or this is the voice of your soul?

Answer: I have been aware of the Kashmir issue since I was a student in high school. I was always interested in the suffering of oppressed lands occupied or colonized by some countries regarding “might” as the only cause to justify their domination or occupation. I tried to follow what was going on in these lands. Before I had written some English songs about Syrian refugees, African mothers and their starving kids, and Yemeni people struck by civil war and hunger, being encouraged by Aziz Babuşcu, who is Istanbul Deputy of the ruling Justice and Development Party. We have been close friends for over 20 years and Mr. Babuşcu is also very interested in the humanitarian issues and the problems of the Islamic World. President Erdoğan, being very sensitive on these issues, has used some of my songs in his international programs. Click here to know more about this program

I heard that India revoked the special status of Kashmir and imposed a lockdown there isolating Kashmiri people from the world. The situation was getting more difficult for Kashmiri people as human rights violations were added to this unfair application. When I mentioned the issue to Aziz Babuşcu, he encouraged me to create a song on Kashmir. That is how this story started.

Q: Pakistan and Turkey have wonderful brotherly relations and Turkey always stands with Pakistan over Kashmir cause. Do your common people always understand Kashmir’s cause or it is just at an official level?

A: Usually some Turkish people having a strong Islamic identity and trying to follow international news are aware of this issue. However, many people have no idea about the issue of Kashmir. Often President Erdoğan brings on these issues and common people also get information on such topics. On the other hand, the overwhelming majority of Turkish people bear great affection towards Pakistani people. We regard Pakistani people as brothers and sisters.

Q: You are just a poet or you also write short stories/novels/fiction?

A: I am also a story writer in addition to being a poet, songwriter, and composer. I have written around one hundred English stories for the purpose of teaching English and a few Turkish stories. Almost all of them have been published in Turkey.

Q: Literature is an effective tool for people-to-people contact and for consolidating bilateral relations among nations. Do you think that Pakistani and Turkish academia, literary circles and writers should enhance contact among them?

A: I believe there should be closer contact and collaboration between Pakistani and Turkish academia, literary circles, and writers. As Muslims, we are poor in expressing ourselves taking advantage of the possibilities of art, music, and literature. I wrote an English song on Jerusalem (Don’t Cry Jerusalem)  two years ago, again in collaboration with Aziz Babuşcu, Istanbul AK Party deputy, and this song helped many people around the world to understand what was happening in Palestine. Jewish people are very good at using art and literature to create sympathy about themselves as they have created so many novels and films revolving around the holocaust. 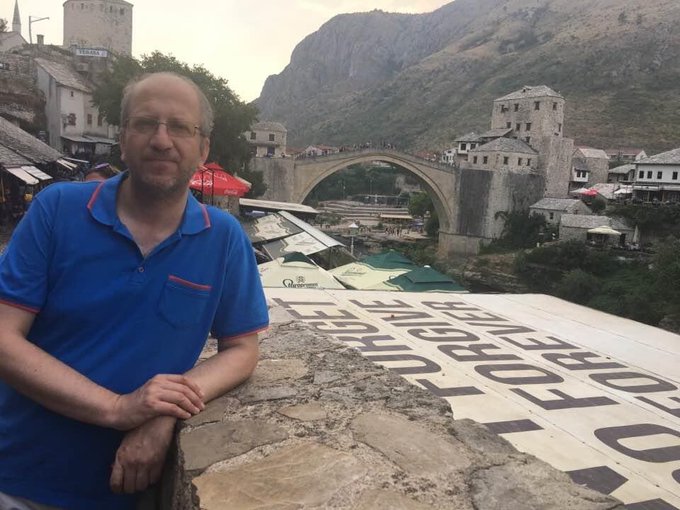 Q: If you wish, please tell us something about you. Your interests in food, colour, cultures etc


A: I am interested in Pakistani Culture and one day I would love to visit Pakistan and Kashmir.  I’d like to extend the greetings and love of Turkish people to Pakistani people, by means of this occasion.

Lastly, your readers and followers can also check my other English songs at: https://www.youtube.com/watch?v=Z2R8BGXdPA4&list=PLKt6hz4P27mMUkkCxtX47RA-Jzdsp4TvM