Government of Pakistan
By Mati
October 5, 2022

ISLAMABAD, Pakistan: A 10-member delegation of Pakistan Navy War College including Officers of Pakistan Navy visited the Ministry of Maritime Affairs on their Inland Study Tour to Islamabad. 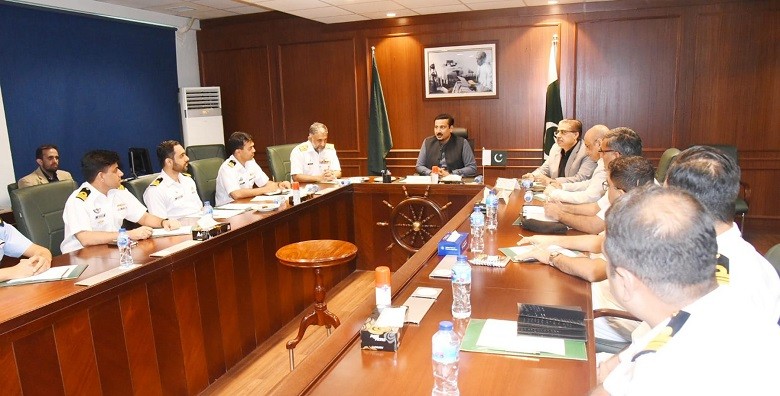 Rear Admiral Shifaat Ali briefed the Federal Minister for Maritime Affairs Senator Syed Faisal Ali Subzwari about the roles and responsibilities of PN War College and stated that it is a premier seat of learning in Pakistan Navy and is designed for naval officers of middle order seniority. He further apprised the Minister that the purpose of their visit is to familiarize the student officers with the role and functions of the Ministry of Maritime Affairs (MoMA).

Faisal Ali Subzwari stated that, “For any nation to progress, it is crucial for it security and national economic to grow side by side.”

The minister further said that in our National Security Policy, special focus has given to the pivotal role of national economy. He further apprised the student officers on the contributions of all three Ports of Pakistan to the national economy and highlighted the challenges that Ministry is facing in each department.

The minister briefly answered the questions.

The meeting ended with a vote of thanks from the participant and with the exchange of souvenirs from both sides.