So have you ever tried using an 8 core cpu in mobile phone? Oh yes there is one cell phone with 8 cores of cpu and I am going to share my personnel experience about 8 core CPU Infinix Hotnote. CPU: 1.4GHz Octa-core, ARM Cortex A7 is chipped in the latest Infinix Hot Note X551 which has already made tremendous sales in Pakistani market. I have been using this phone for a while and since I had it for a review I stopped using my Samsung S4 and really I loved this device more than my Samsung S4 due to many factors.  First of all this device only costs you 12,900 and you can order it from Daraz.pk as this phone is not available in open market.

With the eight-cores of CPU, Infinix Hot Note X551 is the first smartphone in Pakistan from Infinix which is a lower mid-range package for only Rs. 12,900/-

Many of you people won’t be aware about the word Infinix except those who are really into tech stuff, so Infinix is French/Chinese smart phone manufacturer in Hong Kong while having there R&D in France and Korea The hand sets are manufactured in China though but still this hand set is better then any other Chinese phone like QMobile (based on my personnel experience)

Infinix is based on online retailing model to cut down the price of middle man so that buyer and seller can enjoy the cut down prices of the handsets.

A micro USB cable for data connectivity and charging.

Moving on with the Hot Note review, we are starting with its design and outfit along side the hardware features. If you are one of those who are fond of using the phone with one hand then its not going to be a good choice for you as Hot Note X551 is quite bigger than usual. I would rather call it a phablet instead as 5.5 inches of screen size and the physical dimensions of phone made me feel if I was using a mini tablet. The 5.5 inches of LCD is supported by HD resolution of 1280px by 720px which gives impressively vivid colors and high contrast ratio making it easy for us to use phone outdoor.

The only thing I noticed in the phone which was also reported by few bloggers that The pixel density of 267 PPI is not as good as we thought it would be but again its fine for a midrange phone @ 12,600. Considering the fact that it’s a midrange device I felt comfortable with the touch screen but the point I would like to include here is that the touch is at least 10 times better than those of midrange Samsung Phones. One more thing that there is no glass protection in this phone so I would highly recommend you to use screen protector.

Infinix Hot Note X551 is currently powered by Android 4.4.2 KitKat OS.  Overall the GUI experience is not bad at all and specially the switch part when you slide down the screen. Switch function in Hot Note X551 gives you control of all the major functions of phone without entering into settings.

I am not really impressed by the Dual sim functions of this phone and seriously I am not a fan of dual sim phones too but making a point here, you have to keep selecting between the sims if you are using dual

Camera (This Part is Taken from Techprolonged.com)

Camera UI is rather similar to the most Android devices with most common options to choose from. You can set exposure value (-3 to +3), white balance (auto, incandescent, daylight, fluorescent, cloudy, twilight, shade, warm fluorescent) and the ISO sensitivity from (auto, 100 to 1600.)

Camera Result
The front 2 megapixels camera although takes wider shots and allows more people to fit in your selfies, but quality is not more than average. We’ll not post any sample shot here.
The primary main camera of 8 megapixels is also average like any mid-range budget phones out there. When taking shots, it’s good outdoors with bright sunlight. In low light the the results are not impressive as with heavy grain. Digital noise is also low in bright shots but jpeg artifact are visible when looking at a 100% crop and those are also not impressive with over sharpening and less detail. For indoor or during low-light, to capture near objects you have an LED flash on the phone which does not seem to be as good as could light some object enough to capture with lower ISO. Hence you get no improvement in the image quality in addition to some light.

Considering the price point, we believe the camera results are not that bad to bash about as they are good to share online. In this price range, you won’t get any better of course.

We’ll just post some sample shots taken with the Hot Note camera during different times of the day at different locations outdoors and indoors.

My focal point of observation during the review was the claimed battery time. Infinx claimed that the handset can be operated for two days without charging unlike Samsung or Nexus devices which dont event last for a single day. Its really true as i have used Infinix Hot Note X551 for 3 days as primary phone and was not disappointed at all. The phone is equipped with 4000 mA battery which can not be pulled out of the phone like Iphone or Nexus. 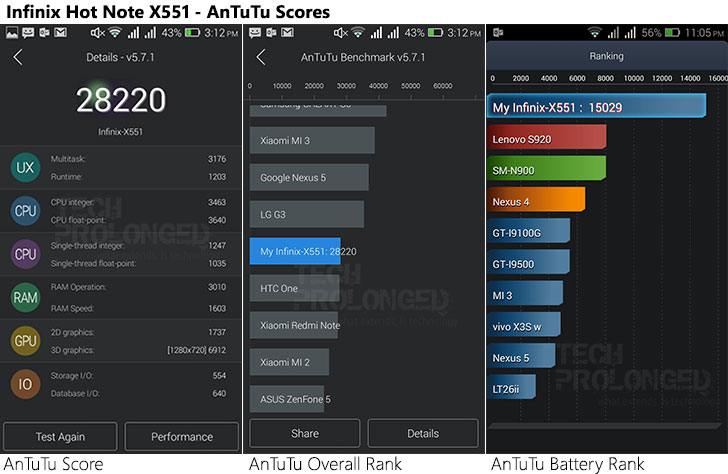 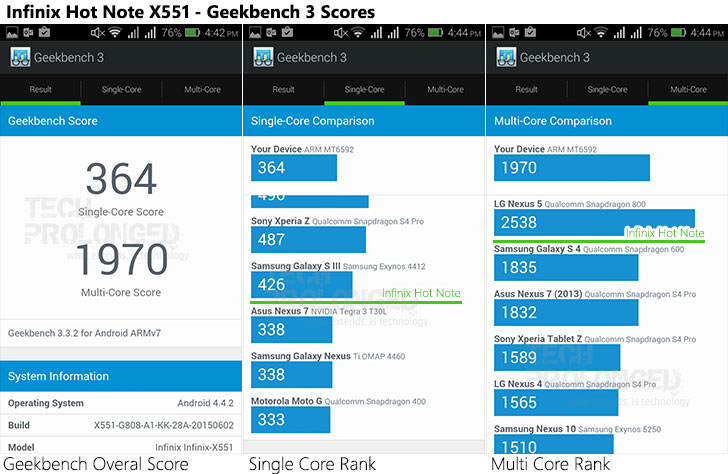 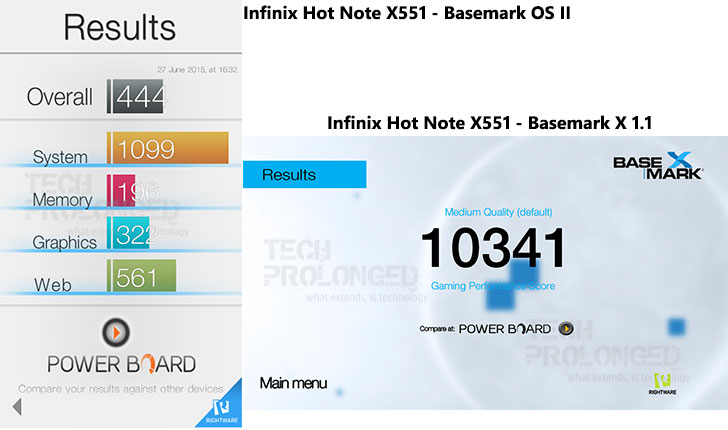 I would say that this phone is the best option in comparison to mid range Samsung, high end Qmobile and Nexus phones. It is the best option for those who spent most of the time on android phone for net surfing as its equipped with long lasting batter and bigger display making comfortable user experience along with bright vivid light. The only thing that lacks in this phone is the RAM amount as its just 1 GB, which could have been increased with a slighter increase in price. Overall this phone is a great gadget for general public and hopefully it will give tough competition to other cellular companies like Samsung, Qmobie, LG etc. The only thing that freaks me out in this model is the availability of spare parts, though daraz.pk offers warranty and spare part service but it would be bit expensive then what we usually get in open market for other phones.

Asad Haroon
A netpreneur, blogger and above all; A Human :) Asad tweets from @aghaasadharoon and can also be approached on Google+
Share
Facebook
Twitter
Pinterest
WhatsApp
Previous articleSC directs ECP to issue new schedule for Islamabad LG polls
Next articleNawaz Sharif leads Pakistani delegation at SCO Summit in Ufa