ISLAMABAD, Pakistan: The Foreign Minister Shah Mahmood Qureshi has said that India’s policies based on Hindutva ideology have threatened peace and stability of the entire region.

While speaking at a consultative meeting about regional security and Pakistan’s priorities in Islamabad on Wednesday, the foreign minister said that Pakistan has presented undeniable and solid evidence before the world through the dossier about India’s sponsorship of terrorism inside Pakistan.

The foreign minister expressed deep concern over the continuity of brutalities by Indian occupation forces in Indian Illegally Occupied Jammu and Kashmir (IIOJ&K) amid the COVID-19 pandemic. 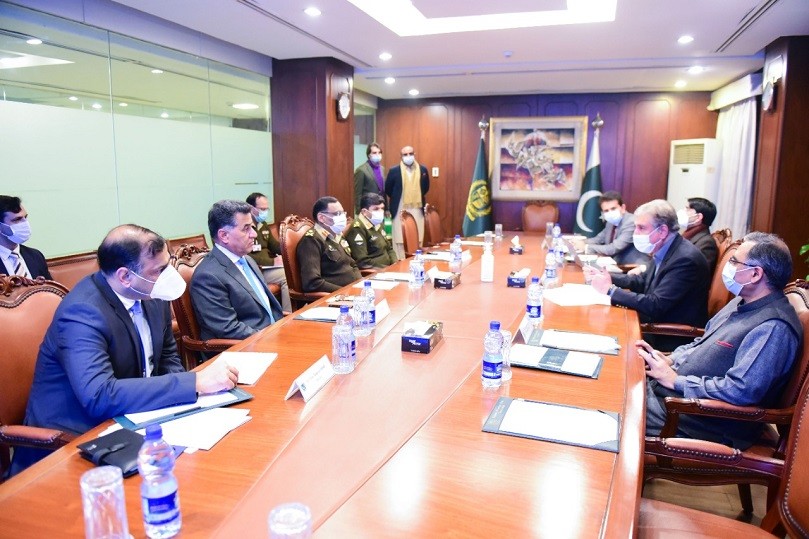 Shah Mahmood Qureshi said economic diplomacy is being pursued to promote investment in the country and reduce the impact of COVID-19 on the economy. He said that timely completion of the China Pakistan Economic Corridor (CPEC) projects is our top priority.

The minister said that peace and stability in Afghanistan is imperative for the entire region. He said that Pakistan will continue playing its reconciliatory role for peace in the region including Afghanistan.

The meeting was attended by the Prime Minister’s Special Assistant on National Security Dr. Moeed Yusuf, the Foreign Secretary Sohail Mahmood, and the Director-General Inter-Services Intelligence (ISI) Lt General Faiz Hameed besides Senior Military Officials and Officers from the Ministry of Foreign Affairs.