Indian, Western media covering up their stupidities in Afghanistan

Monitoring Desk: “It is not the Indian media alone this time rather Western and American media are trying to cover up their long march of follies in Afghanistan, having a preconceived role of Pakistan behind any development on either side of Pakistan’s eastern or western borders”.

This was observed by Sohaib Ahmad Barlas in his article “Behind the screen” published by daily the Nation.

The writer believes that Indian and western think tanks, which thrive and pride on manufacturing truths on payment, find it hard to reconcile with the facts as they are, hence the interpretation of the Afghanistan debacle and the picture being portrayed by the western as well as the Indian media came as no surprise to anyone familiar with their irresistible urge to malign Pakistan for their own failures. 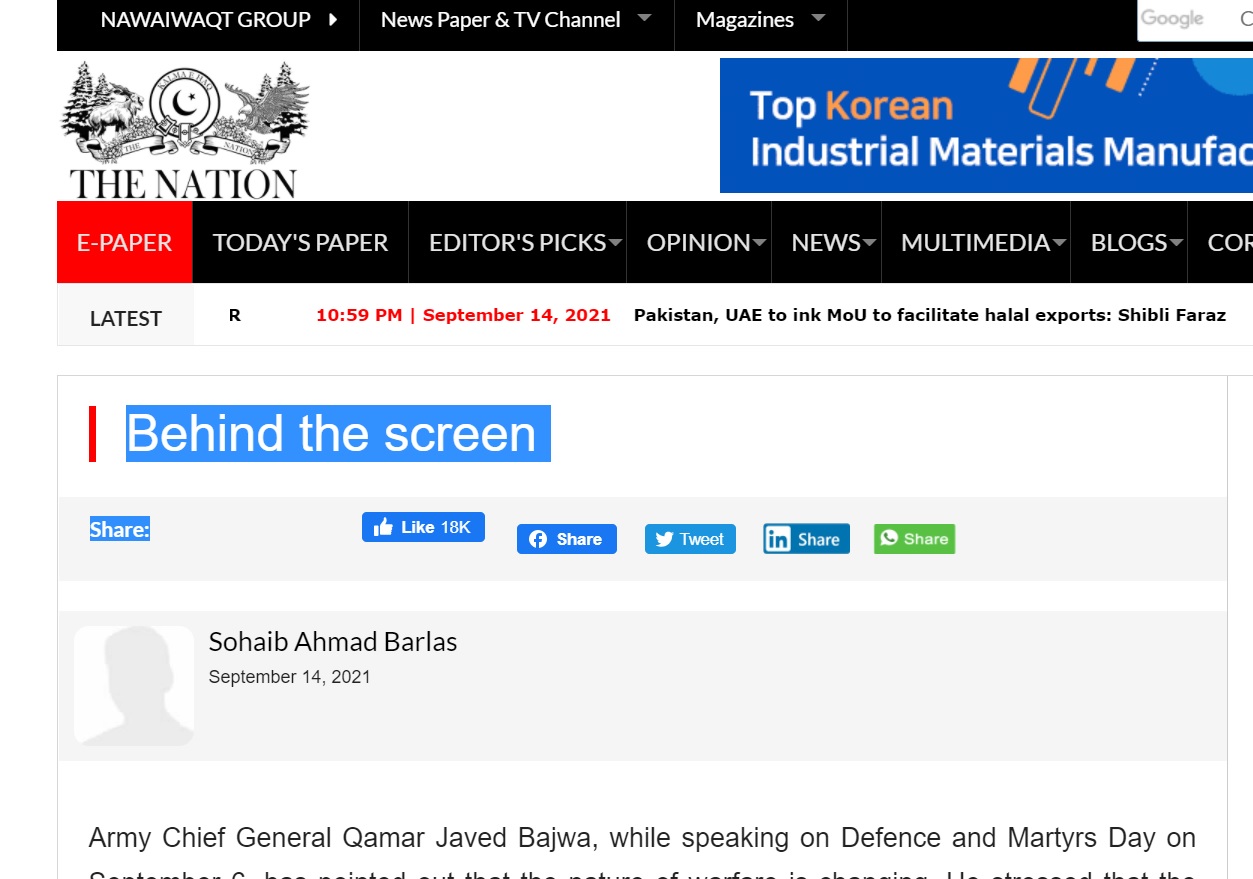 “First, they complained about Pakistan not doing enough to eliminate Taliban from Afghanistan, then not bringing the Taliban on the negotiation table and finally perhaps not extracting a favourable deal from them at Doha. Pakistan is not part of the problem; the real problem is the inability of the American establishment to arrive at rational conclusions and take appropriate decisions. Pakistan has paid more than it owed to the US’ past mistakes and miscalculations. It needs to be seen as a sovereign and independent state. Like any other state, it has its genuine security concerns and national interests associated with developments on its borders,” the writer indicates.