The High Commissioner further stressed that Jammu and Kashmir was not an internal matter of the occupying state. It is on the agenda of the UNSC which has repeatedly called for free and impartial plebiscite to decide the future status of the illegally occupied state. “All unilateral actions, therefore, have no legal validity,” he said.

Highlighting the suffering of occupied Kashmiris, the High Commissioner observed, “the occupying state has continued the longest military siege and incarceration of a population in excess of 8 million.  Draconian laws such as Armed Forces Special Power Act (AFSPA), Public Safety Act (PSA) and Unlawful Activities Prevention Act (UAPA) are being used by the occupation forces to carry out gross and systematic violation of human rights with complete impunity.” All fundamental rights of the Kashmiri people including their religious freedom remain in abeyance. “A demographic change being engineered in occupied territories to institutionalize illegal foreign domination over indigenous Muslim Kashmiris leading to their disempowerment and disenfranchisement,” he added. 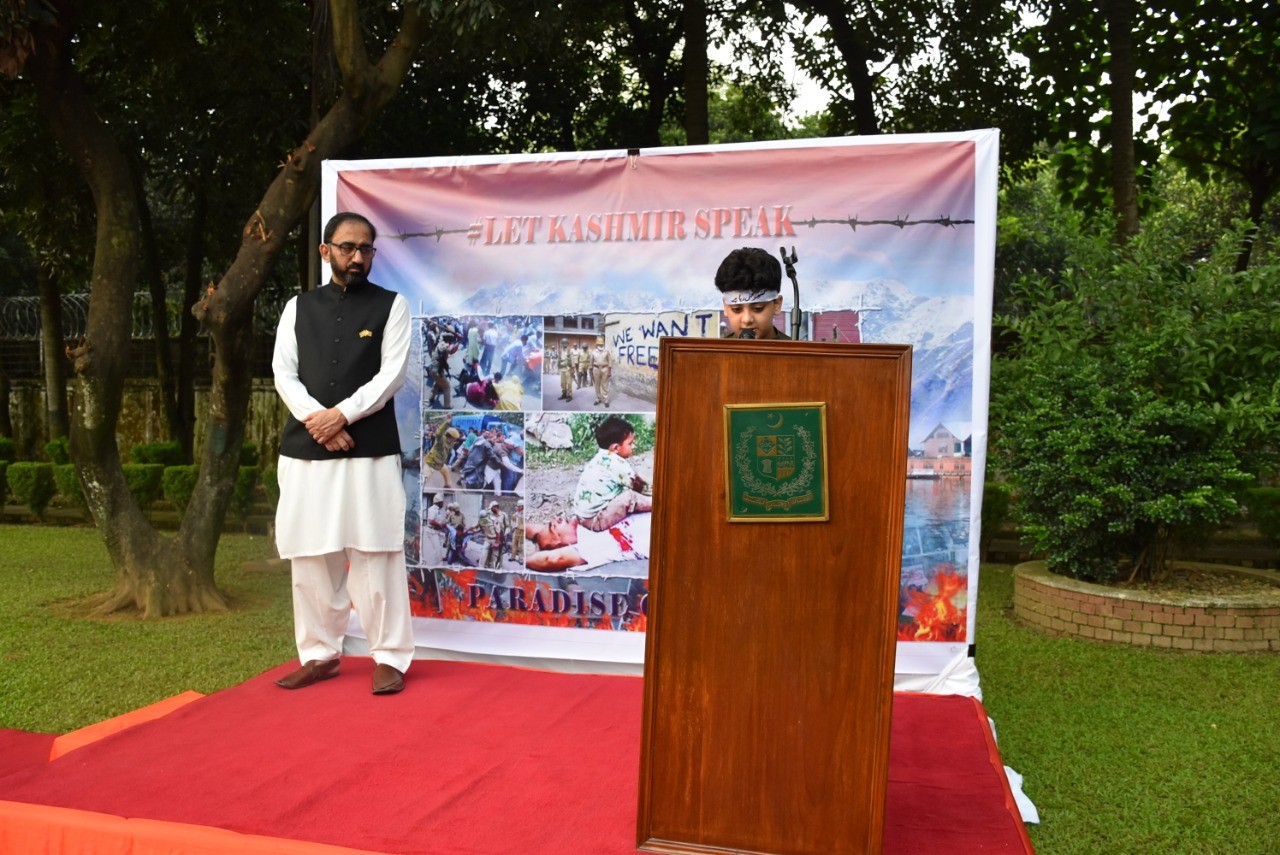 The High Commissioner also expressed deep concern at the rise of fascistic and supremacist ideologies in South Asia. Brutal military aggression against occupied Jammu and Kashmir as well as targeting a particular faith is part of the agenda of the followers of these ideologies. The High Commissioner reiterated that the government and people of Pakistan will remain committed to the just struggle of the Kashmiri people for their right to self-determination. 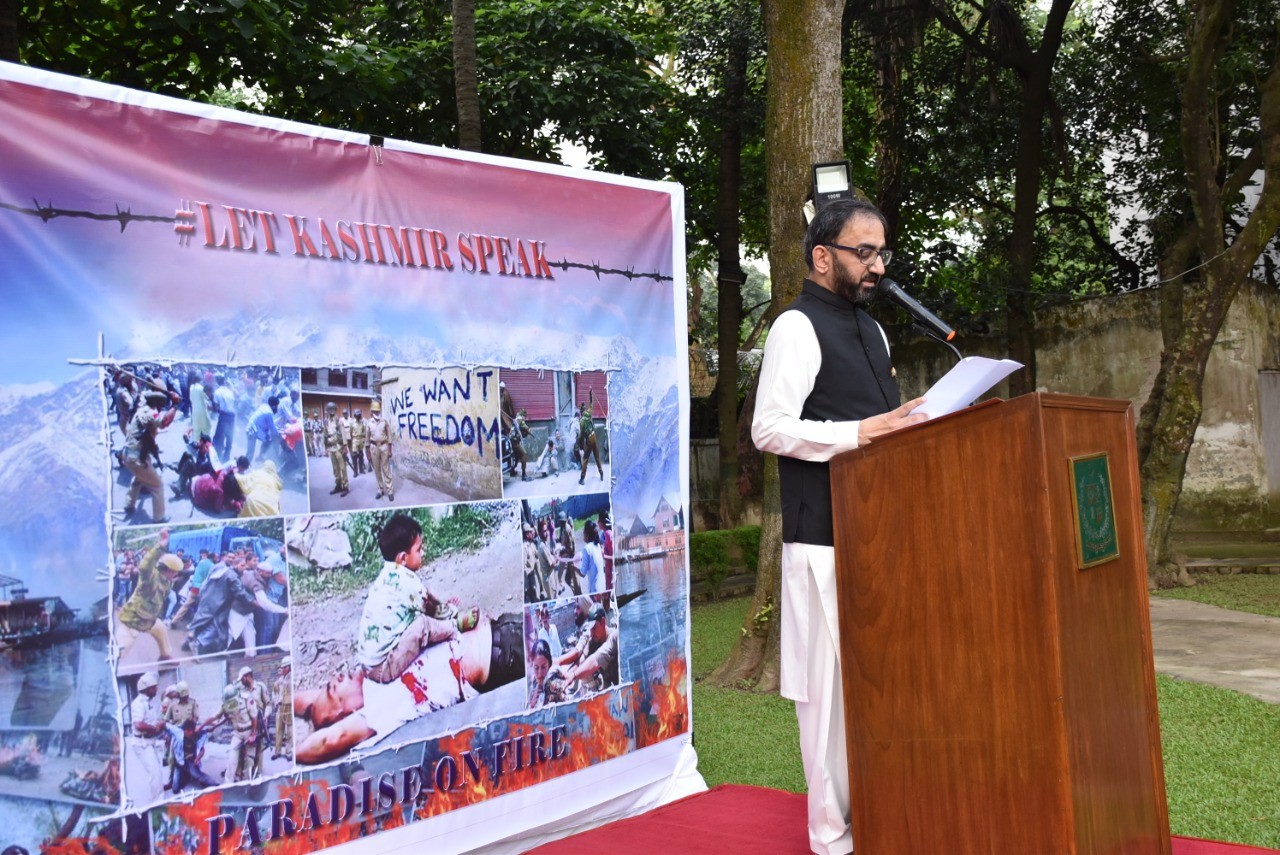 On the occasion, the High Commissioner distributed certificates among the participants of a debate contest on Jammu and Kashmir dispute while children sang Kashmiri patriotic songs. The event was closed with Fateha for the Kashmiri martyrs and prayers for the success of their valiant struggle. 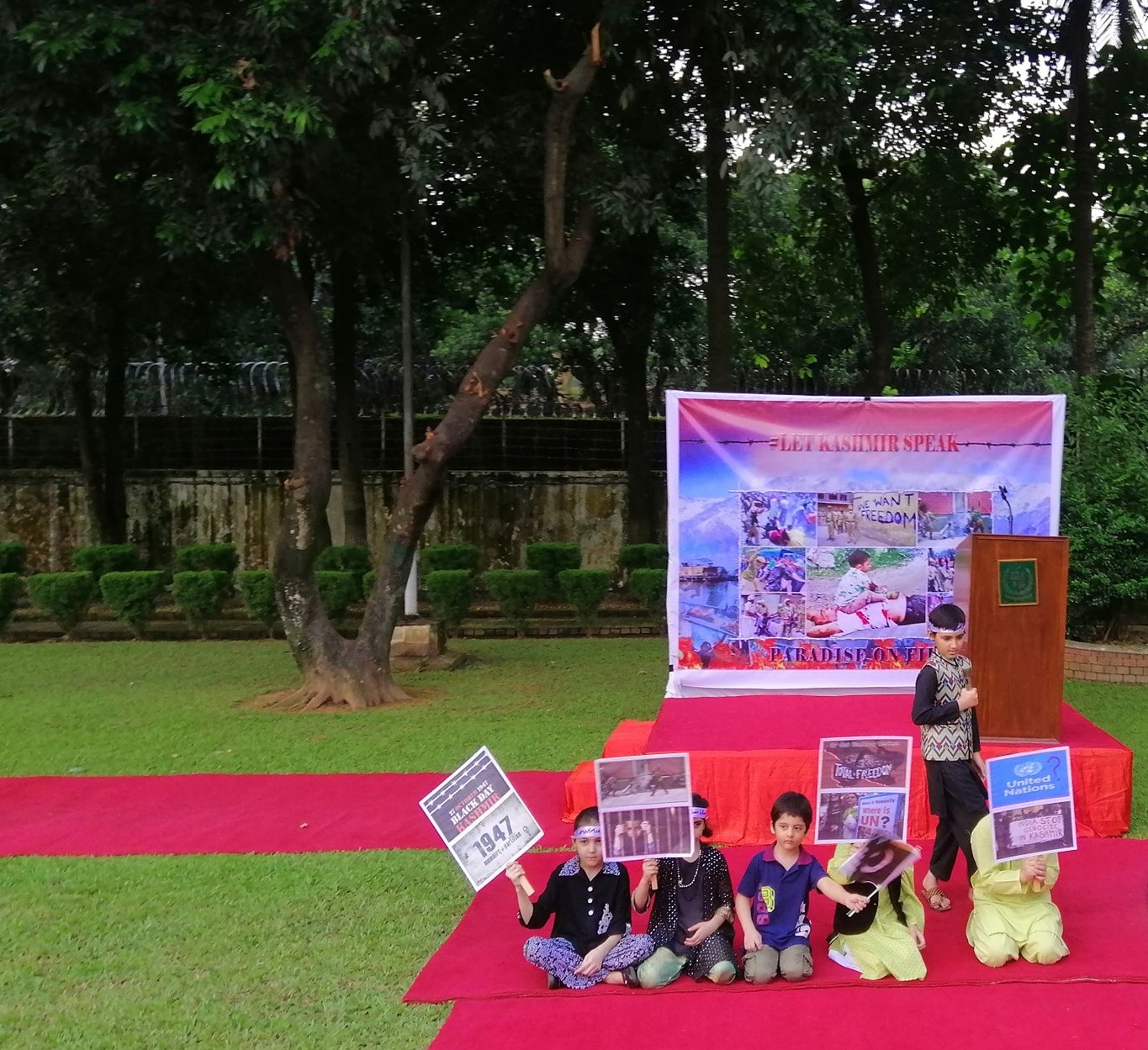 A large number of Pakistan community members attended the event.