” Indian Occupied Kashmir- A cause in Jeopardy “

The Indian-occupied territory of Jammu & Kashmir continues to remain in flames. The question being asked today is that ” is this heaven on earth is withering away from the basic principle of freedom for that Kashmiris are fighting and offering great sacrifices for the last 75 years? “.

The ground realities have rapidly changed since the August 2019 act of BJP led extremist government of Narendra Modi when it repealed article 370 of the Indian constitution which had granted special status for the occupied territory. Since then a lot have water has flown under the bridge. Modi is pursuing a well-thought-out and orchestrated policy to change the status of IOK and the focus this time remains on a dangerous ploy to bring about demographic changes in the area aiming at ultimately converting the Muslim majority into a Hindu dominance.

Kashmiris fear that Modi is all out to foist on Kashmir a Hindu CM for the first time since 1947. This fear is not just an illusion rather it has very strong reasons to be believed. The plan is to do it through rigged elections managed through a politically oriented redrawing of constituencies and then replicate Modi’s agenda in the occupied territory.  After the abrogation of Article 370 of the constitution, the Indian government had set up a delimitation commission headed by a retired Hindu judge of Bombay High Court with just no background knowledge of the area, its history, geography, politics, or the geniuses of the conflict. Though the commission has five associate members, three from Farooq Abdullah’s National Conference and two from BJP but it seems just an eyewash. Reports are that this handpicked commission will recommend an increase in Jammu’s seats (Hindu majority area) at the cost of the valley’s seats (Muslim majority area ).

Ironically the NC members are absolutely clueless about the working and recommendations of this fraud commission whose term ends on the 6th of March. The NC members including Farooq Abdullah have not made any meaningful objection to the entire process which bears testimony to the fact that they are in league with what Modi is unfolding in IOK.

In conformity to this, the Modi government continues to implement measures having far-reaching impacts on the entire dispute of Kashmir. The Abrogation of Article 35A of the Indian constitution has allowed non-Kashmiris to buy properties in the occupied territory. New housing societies and business ventures by influential people across India (mostly Hindus) are coming up in the valley (Muslim majority area ). The media has been made quiet through draconian laws and crackdowns against the journalists. Kashmir press club in Srinagar is closed for the last two months. The Jamia Masjid of Srinagar has been sealed for the last two months and people are not allowed to even offer Jumma prayer. In all this, the Indian government draws huge comfort from the fact that there has not been any worthwhile revolt in the occupied territory for quite some time while all this is being done ( extraordinary/ unprecedented developments ).

Since time-tested, ideological, iconic, and experienced vanguard leadership of Hurriyat like Syed Ali Gilani and Ashraf Sehrai have passed away and others like Mir Waiz, Shabbir Shah, Yasin Malik, and Asia Indurabi are incarcerated there is a leadership crisis also. Throughout these years since 1947 Pakistan has been a lifeline for the freedom movement being one of the three stakeholder of the conflict along with India and Kashmiris. This most vital support has somewhat has also been reduced to mere/occasional customary statements which is proving to be a major source of demotivating amongst the Kashmiri youth. There is a general impression being spread in the valley that Pakistan had also somewhat reconciled with the changing ground situation. This notion can prove to be a fatal blow for the freedom movement.

The pandemic continued to lock down, curfew, and other curbs have had a very serious effect on the economy as a whole and the common man in the valley has been understandably made to worry about his lively hood. The renegades are being once again promoted/supported as per a well thought out plan and opportunist politicians like Farooq Abdullah, Mehbooba Mufti, Ghulam Nabi Azad and Omer Abdullah who have a long history of conspiring with the Indian governments and backstabbing their own people for want of power are yet again out to grab the opportunity. They are all out to facilitate Modi in his nefarious designs to change the status of occupied territory on a permanent basis, therefore, affecting the nature of the Kashmir dispute. The ground situation in the valley viz a viz Pakistan’s step back policy has by and large given rising to the echoes of despair, frustration, uncertainty, lack of motivation, and hopelessness amongst the people of IOK, especially the youth. This makes sense to conclude and assume ” is IOK withering away and the legitimate cause of getting freedom from clutches of India’s illegal occupation in serious jeopardy?”. This leaves serious food for thought for policymakers and the government of Pakistan today. Our lukewarm response to Modi’s action of August 2019 may cost us and the hapless people of IOK very heavily. 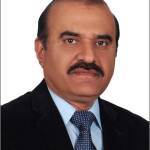