Ajit Doval reached Saudi Arabia on Tuesday for a two-day visit from October 1-2.

His meeting with the Saudi Crown Prince lasted for about two hours, at which they discussed a wide range of India-Saudi Arabia bilateral issues including the status of Jammu and Kashmir. 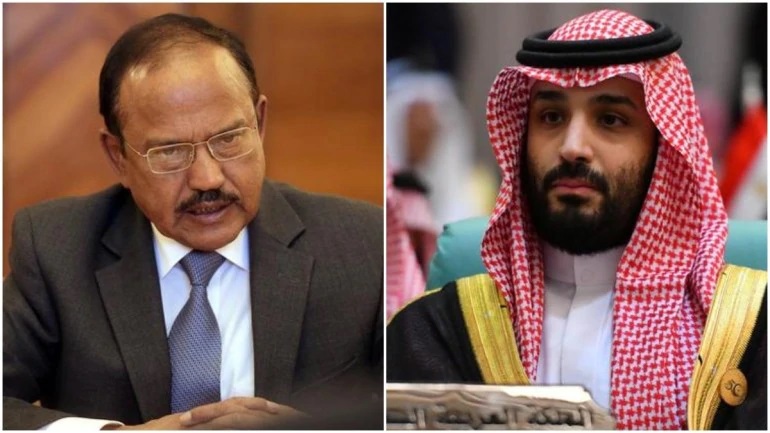 As per India Today, Ajit Doval explained India’s position on Jammu and Kashmir to Crown Prince Salman who, in response, expressed understanding about New Delhi’s approach and actions in the valley.

Ajit Doval’s visit to Saudi Arabia will further strengthen the deep bonds between the two countries and help identify specific areas of cooperation at a time when Saudi Arabia is looking to diversify its economy in line with Prince Salman’s vision 2030.

In 2016, the Indian Prime Minister Narendra Modi was conferred Saudi Arabia’s highest civilian award – the King Abdulaziz Sash – by the Saudi King Salman bin Abdulaziz Al Saud at the Royal Court in Riyadh when the former paid a two-day official visit to the Kingdom on April 2-3.

Mati
Mati-Ullah is the Online Editor For DND. He is the real man to handle the team around the Country and get news from them and provide to you instantly.
Share
Facebook
Twitter
Pinterest
WhatsApp
Previous articleOPPO to Bring Quad Cameras To Pakistan With The Reno 2
Next articleCOAS Hosts Concluding Session of Seminar ‘Interplay of economy and security’