“Indian nation is being sold to big corporations, while those are opposing are being sent to jail,” indicate Human Right organisations

Monitoring Desk: “The Indian nation is being sold to big corporations, while those are opposing are being sent to jail”.

This was stated by participants of a Press Conference that was held at Press Club of India, New Delhi, against the custodial violence and illegal arrests of Nodeep Kaur, Shiv Kumar, and others, demanding the release of political prisoners and those who are facing charges under UAPA.

The speakers stated that the nation is being sold to big corporations, while those are opposing are being sent to jail. Seeking media’s attention and support, the participants of the press conference brought out the clear case of why outspoken youth are being targeted by the BJP government.

It may be mentioned that activists Nodeep Kaur and Shiv Kumar brutally tortured in police custody and Nodeep Kaur in her petition said that Police would grab her by her hair and drag her. She alleged she was beaten, tortured, and suffered multiple injuries while in police custody. 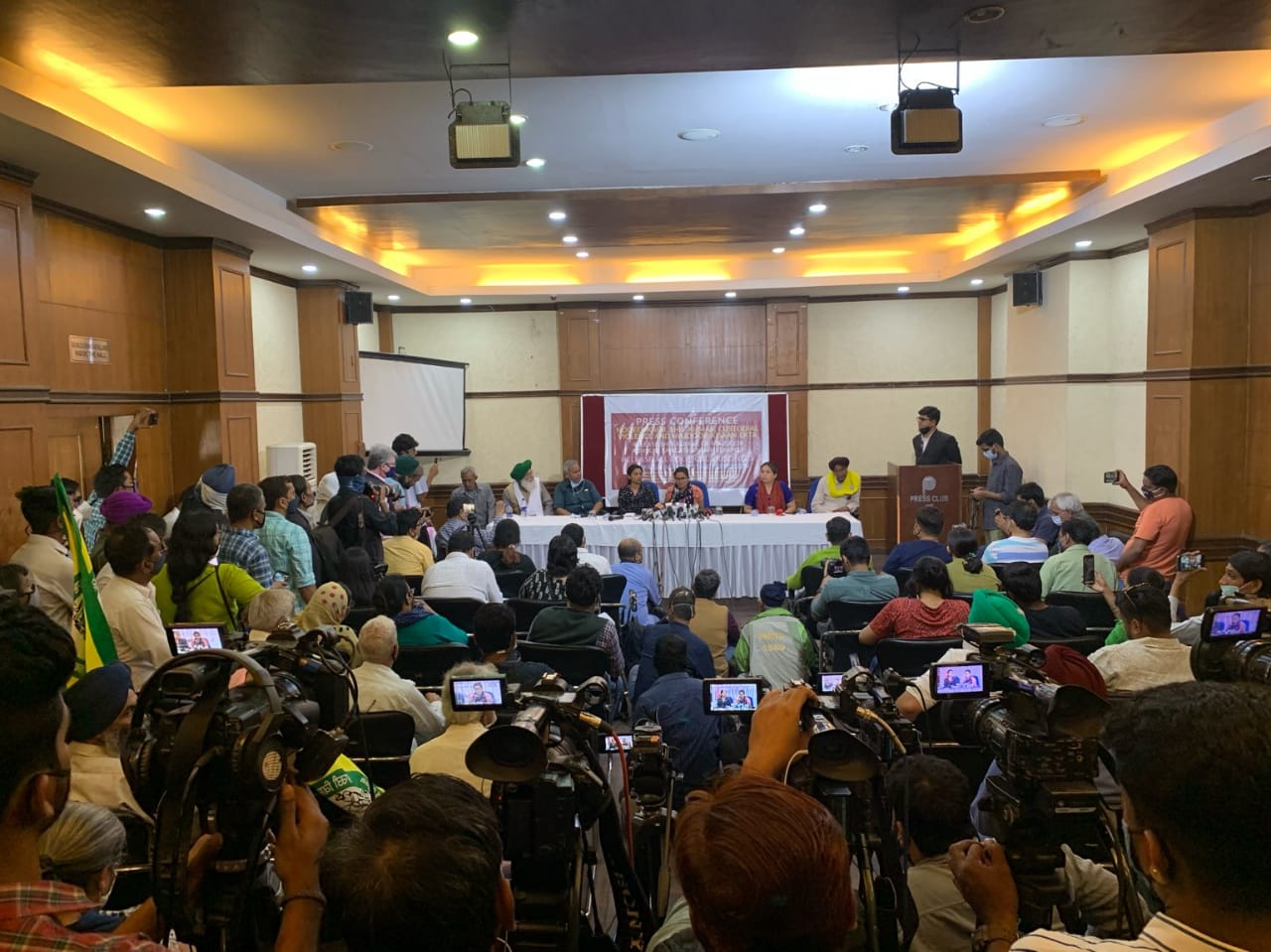 The India Today reported that Labour rights activist Nodeep Kaur who was granted bail by the Punjab and Haryana High Court on Friday in her bail petition had alleged that she was severely beaten up at a Sonipat police station in Haryana.

Nodeep Kaur was arrested on January 12 in connection with a case filed under an attempt to murder and some other charges, including allegedly entered an industrial unit and demanding money from the company.

“They abused me, pulled my hair, slapped me, and made me sign papers forcefully. I couldn’t even walk,” she alleged.

Meanwhile, the medical examination report of another activist, Shiv Kumar, 24, who was arrested on January 16, has also revealed multiple injuries besides fractures on his left hand and right foot.

The Leaflet India reported that the medical examination conducted by Government Medical College and Hospital, Chandigarh revealed: “right foot swelling and tenderness of left foot nail, beds of the right second and third toe are broken and the underlying skin is reddish in colour, discoloration of nails of the left thumb and index finger”.

On 23rd February, a five doctor team had submitted Kumar’s medical report for the court to examine, stating that all injuries are over two weeks old and were caused by a blunt object or weapon. Apart from multiple possible fractures in his wrist and right foot, he is also suffering from post-traumatic disorder symptoms. The psychiatric evaluation conducted on Kumar has confirmed predominant anxiety, nightmares, sleep disturbances and depression.

The PUCL statement has alleged that both, legal norms and court orders have been severely violated by the police authorities. It has claimed that turning victims into the perpetrators of crime has become a well-established method employed by law enforcement agencies of the State. It said, “there is an urgent need for legal institutions to take notice of the completely lawless actions of State authorities, which continue to suppress human rights, any form of dissent and even peaceful, non-violent protests.”