According to available information, IAF Jaguar took off from Ambala Air Force Station (Ambala Air Base) in Haryana for a training mission on Thursday morning but accidently released button of dropping off additional fuel tanks and loaded weapons. A court of inquiry has been ordered to determine incident and pilot has been barred to take further training flights.

#SavingLives: On the morning of 27 June19, an IAF Jaguar aircraft loaded with two additional fuel drop tanks & Carrier Bomb Light Stores
(CBLS) pods took off from AFS Ambala for a training
mission. Immediately after take off, the aircraft encountered a flock of
birds. pic.twitter.com/Mb0otqadVe

According to eye witnesses, IAF fighter dropped fuel tanks those hit the ground and huge flame were seen after the incident. The whole area where flames could be seen was cordoned off by Police and law enforcing agencies. 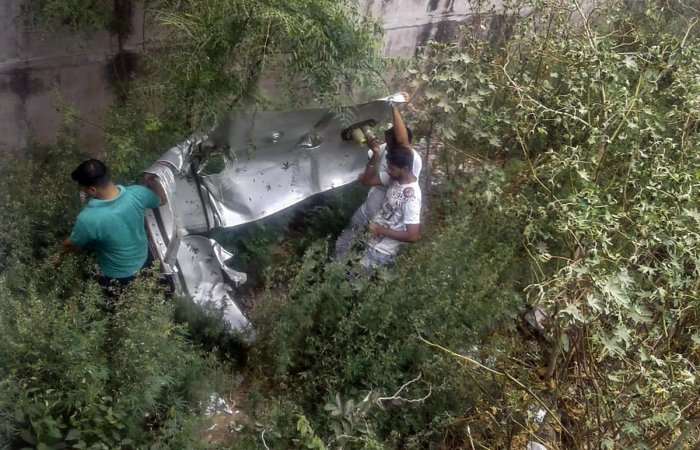 Meanwhile, IAF authorities confirmed that the aircraft hit a flock of birds, causing one of its engines to fail, resulting a situation that compelled pilot to jettison two additional fuel drop tanks and Carrier Bomb Light Stores pods as per Standard Operating Procedure and went on to safely land the aircraft. 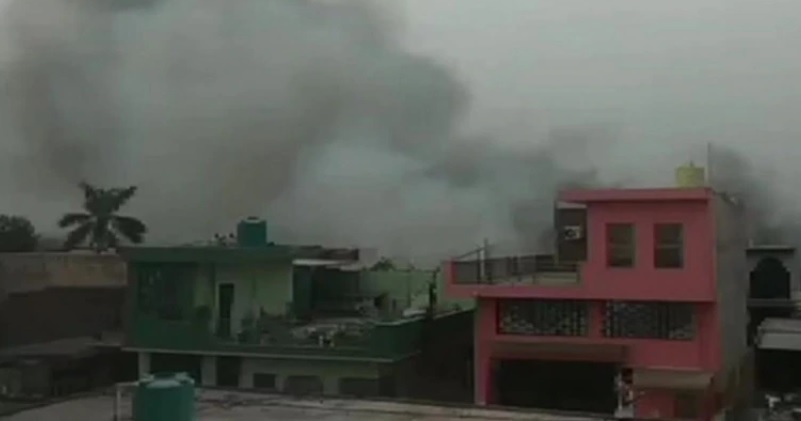 Year 2019 is being considered as a tough year for IAF as it is facing unusual situation since the beginning of the year.

In January, a Jaguar aircraft of the Indian Air Force had crashed in Uttar Pradesh’s Kushinagar district. Jaguar crashed soon after taking off on a routine mission from the Gorakhpur Air Force Station.

Earlier in February, a Mirage 2000 aircraft of the IAF had crashed at the HAL airport in Bengaluru killing a pilot on the spot.

In the same month, a MIG-27 fighter aircraft of IAF had crashed in Eta village in Pokaran tehsil of Rajasthan’s Jaisalmer district.

IAF lost one MIG21 and one Sukhoi Su-30 on February 27, 2019 in dogfight with its archrival —Pakistan Air Force while Indian Defence system shot down its own Mi-17 helicopter on the same day in apparent panic after Pakistan Air Force shot down its MIG21 and one Sukhoi Su-30. Wing Commander Abhinandan Varthaman was captured by Pakistan and then released as good will gesture while Sukhoi Su-30 pilot successfully ejected before aircraft was downed within the territory of India.

Early March, a MiG-21 fighter aircraft of the IAF had crashed in Rajasthan’s Bikaner district with the pilot.

A MiG-27 aircraft had crashed late March near Jodhpur in Rajasthan but the pilot ejected safely. The jet had taken off from Utarlai Air Force base and it experienced engine problems leading to the crash around 11:45 am in Sirohi district about 120 km south of Jodhpur.

In the same month, a MIG-27 fighter aircraft of IAF had crashed. The aircraft was on a routine mission and crashed after getting airborne from the Nal airbase near Bikaner.

On 3 June 2019, an Antonov An-32 twin engine turboprop transport aircraft Registration number K2752 which was under the use of Indian Air Force lost contact after taking off from Jorhat Airport in Assam to its landing destination of Mechuka in Arunachal Pradesh. All 13 officers on board killed in accident.