ISLAMABAD, Pakistan: Prime Minister Imran Khan has said that Pakistan has no doubt that India is behind yesterday’s terrorist attack on Pakistan Stock Exchange (PSX) in Karachi.

In his address at the National Assembly on Tuesday, he said that our security forces averted a big tragedy as the terrorists were carrying heavy arms and ammunition to take the people hostage in the Pakistan Stock Exchange and kill them to create an environment of fear and uncertainty. 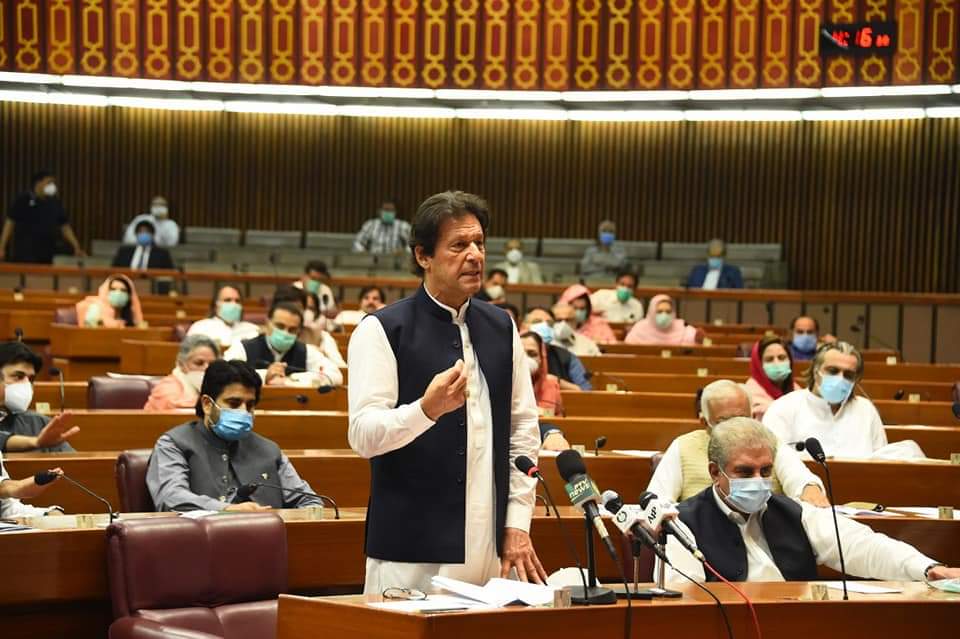 The prime minister said that our neighboring Country has a major plan to destabilize Pakistan.

Imran Khan said that our intelligence agencies were on high alert and it was because of their efforts that four of the terrorist attacks including two in the surroundings of Islamabad were preempted.

Furthermore, he said that there is no threat to the Pakistan Tehreek-e-Insaf (PTI)-led incumbent government as long as it sticks to its ideology.

Rejecting the criticism of the opposition, he said that the government has just completed 20 months in the office.

The prime minister said that the opposition is making hue and cry on the performance of the government as more details of their corruption are surfacing and they want to get away with it.