India seems to rip apart everyone which comes across its way, becoming the most favourite for ICC Men’s World Cup 2019 title along with England.

The second-ranked India has already decimated the third-ranked New Zealand on its soil in the five-match ODI series. Having won all three previous ODIs and taken a decisive lead, India now look towards a clean sweep against New Zealand.

The fourth ODI is going to be played at Seddon Park in Hamilton on Thursday.

New Zealand has held an impressive record at Hamilton against India as there it previously recorded four victories against one.

Snapshots from #TeamIndia‘s training session ahead of the 4th ODI against New Zealand #NZvIND pic.twitter.com/KTmYgLwK5n

Even overall New Zealand has produced substantial results at Hamilton in the past. In previous 28 ODIs at the very venue, New Zealand won 19 matches and lost seven while two ended without any result.

But India’s previous record at Hamilton does not conform to its contemporary accomplishments. India lost six out of nine ODIs at the venue. It won only three matches there, and two of them were also against much lower-ranked Zimbabwe and Ireland. 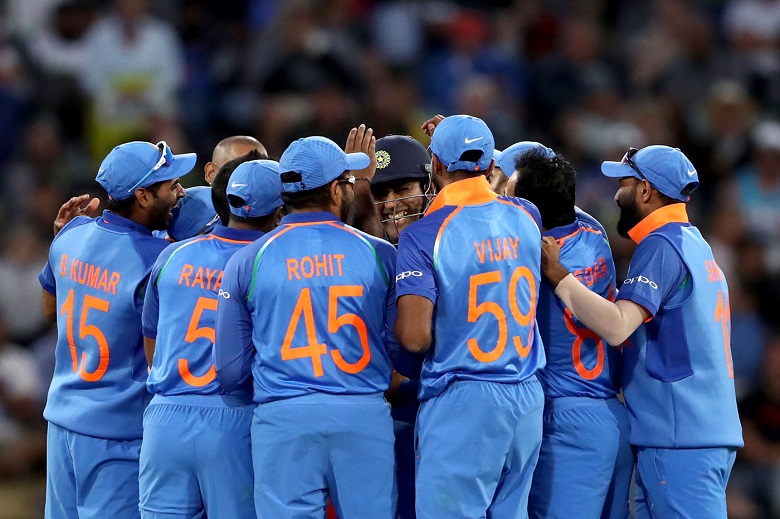 In the fourth and fifth ODIs, Rohit Sharma will assume the responsibly of leading India in the absence of Virat Kohli.

Though India will play the last two ODIs against New Zealand under a temporary captain but yet it doesn’t feel endangered. India has already won the series and, in addition, it has lost just one game so far under the captaincy of Rohit Sharma.

Even Rohit Sharma’s individual performance as captain has been remarkable. In eight ODIs as the Indian captain, he scored 534 runs with an average of 106.80. He also struck two centuries and two fifties in those eight matches.