Due to the recent international relations problems between India and China, India started banning as many Chinese products of any kind as they could.

PUBG (players unknown battleground) is one of the most famous FPP (first-person perspective) shooting games in the world and it has a pretty large number of players from India.

The other day, India once again banned the PUBG mobile and introduced a new game called FAU-G.

Just like PUBG, FAU-G is also an FPP game and was unveiled by Bollywood star Akshay Kumar.

The game itself is published by Bengaluru-based nCore games which counts Indian gaming industry veteran Vishal Gondal as an investor. 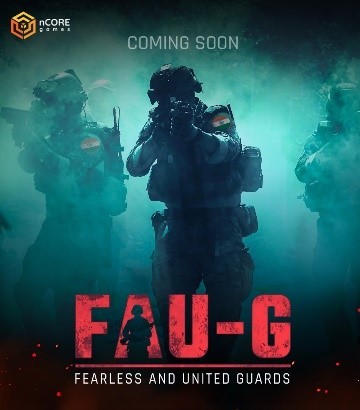 According to the reports, FAU-G (Fearless and United-Guards) has pledged to donate 20 percent of its revenue to the government’s fund for paramilitary forces called Bharat Ke Veer set up after the 2019 Pulwama terror attack.

Akshay Kumar tweeted that, the project as playing nicely with the government’s push for self-reliance and indigenous enterprises launched in the wake of the coronavirus crisis dubbed “Atmanirbhar Bharat”.

Supporting PM @narendramodi’s AtmaNirbhar movement, proud to present an action game,Fearless And United-Guards FAU-G. Besides entertainment, players will also learn about the sacrifices of our soldiers. 20% of the net revenue generated will be donated to @BharatKeVeer Trust #FAUG pic.twitter.com/Q1HLFB5hPt

Other than the bolywood star an Indian Congress leader Milind Deora also promoted that game in a tweet.

Barely two days after we banned #PUBG, my good friend @vishalgondal announces the launch of an Indian online multiplayer game.

Anyway, the game is based on real scenarios encountered by the Indian Security Forces to deal with both domestic and foreign threats, is expected to launch at the end of October with its first-level set in the Galwan Valley backdrop followed by third-person shooting gameplay in the subsequent releases.

The game will be available on the Google Play Store and the Apple App Store.

Mati
Mati-Ullah is the Online Editor For DND. He is the real man to handle the team around the Country and get news from them and provide to you instantly.
Share
Facebook
Twitter
Pinterest
WhatsApp
Previous articleSuper September Shopping Week Sale now live on Daraz
Next articleTOYOTA Fortuner TRD finally launched in Pakistan