India is not onboard for Afghan Peace Process as it has no influence over Taliban, says Zamir Kabulov

Monitoring Desk: “India has no influence over Taliban but Pakistan has” said Zamir Kabulov.
He also said that India is not onboard for Afghan Peace Process (Talks).
Zamir Kabulov is Special Envoy for Afghanistan for Russian President Vladimir Putin and is serving in the region since Soviet era.
In his interview he said that Pakistan has (had) Partner Role (In Afghan Peace Talks) along with China, United States and Russia while India is not onboard because he has no influence over Taliban.
In exclusive interview with Jyoti Malhotra and Nikhil Hajirnis of “The Print”, Zamir Kabulov said that US envoy on Afghanistan Zalmay Khalilzad’s talks with the Taliban will lead to an agreement, both on ending violence inside Afghanistan and a gradual US withdrawal from that country.

India is not onboard for Afghan Peace Talks

He stated that such situation would be followed by an intra-Afghan dialogue with all Afghan factions on how to bring about peace.
Kabulov said that Pakistan is a partner and has played a role in the negotiations, and that India should be on board but still it is not.
Kabulov was born in Soviet Uzbekistan, graduated from the Moscow State Institute of International Relations in 1977. His Central Asian background helped him in his position in dealing with Afghan and Pakistani issues during the last four decades. From 1979 to 1983 he worked in the Soviet Embassy in Iran. 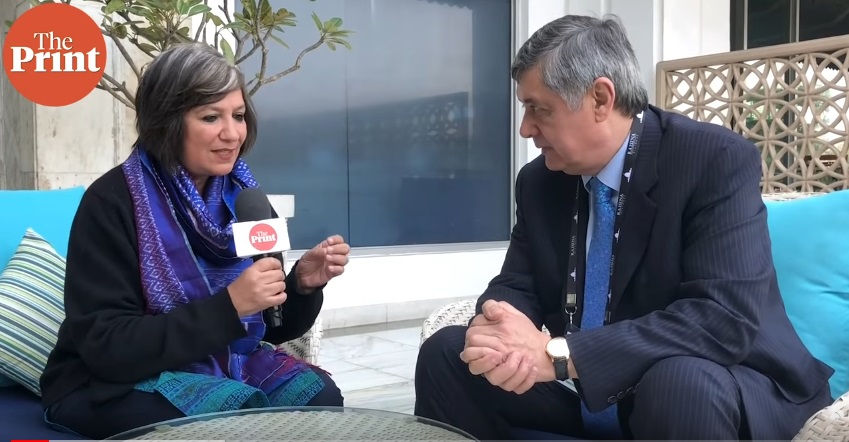 From 1983 to 1987, he was second secretary in the Soviet Embassy in Kabul. He was again posted in Kabul during 1991-1992 as Councillor at the Soviet/Russian embassy. He was sent to Islamabad when Russian Embassy seized to work in Kabul.
Having knowledge of Dari, Pushto, Urdu, English and Punjabi, he is considered a living Encyclopedia of Afghan Politics among his colleagues.