FeaturedGovernment of Pakistan
By Mati
July 23, 2020

While talking to Chinese Ambassador Yao Jing who called on him at Aiwan-e-Sadr in Islamabad on Thursday, the president said that Pakistan highly valued its relationship with China which had always stood by Pakistan at difficult times.

The president assured that Pakistan would continue to support One-China Policy and stand by China on core issues of national interest including Hong Kong, Tibet, and Taiwan. 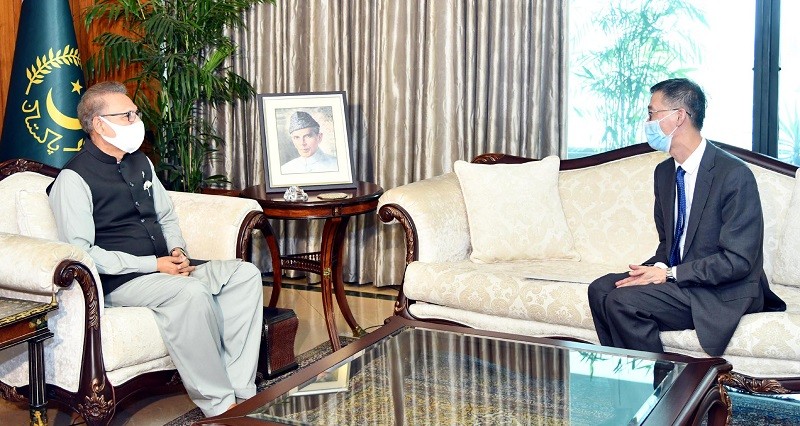 The Chinese ambassador thanked the government of Pakistan for supporting his country’s stance on Hong Kong and other issues of national interests.

Yao Jing said that the Chinese leadership and people appreciated the role of President Alvi in promoting Pak-China relations and his support to China during the COVID-19 crisis.

The ambassador also delivered a message of felicitation from the Chinese President Xi Jinping on his forthcoming birthday.

President Arif Alvi emphasized that both Pakistan and China need to further enhance cooperation in the areas of information technology, economy, and defense.

The meeting stressed the need to further deepen and expand strategic cooperation in view of the emerging regional environment.

It was agreed to work together for the promotion of regional peace and stability.

The president expressed his gratitude to China for her support during Coronavirus pandemic as well as in the United Nations Security Council against India’s illegal unilateral steps in India Occupied Jammu and Kashmir (IOJ&K).