India has fixated with Pakistan for all wrong reasons: Ex Envoy Abdul Basit

ISLAMABAD, Pakistan: The former High Commissioner of Pakistan to India Abdul Basit has said that India has fixated with Pakistan for all the wrong reasons.

While addressing an International Conference on “India’s False Flag Operations” organized by the Center for Global & Strategic Studies (CGSS) in Islamabad on Tuesday, Abdul Basit said that the current political situation in India shows that Pakistan is still a very important variable in Indian politics.

The former ambassador said that the Pulwama attack was used by the Bharatiya Janata Party (BJP) and the Congress for their own political interests. On the foreign policy front, India is trying to develop strategic partnership with the United States and China, as China’s support for India will be crucial at many forums. Despite India’s move towards the US, it is trying to maintain its relationship with Russia at the same time. 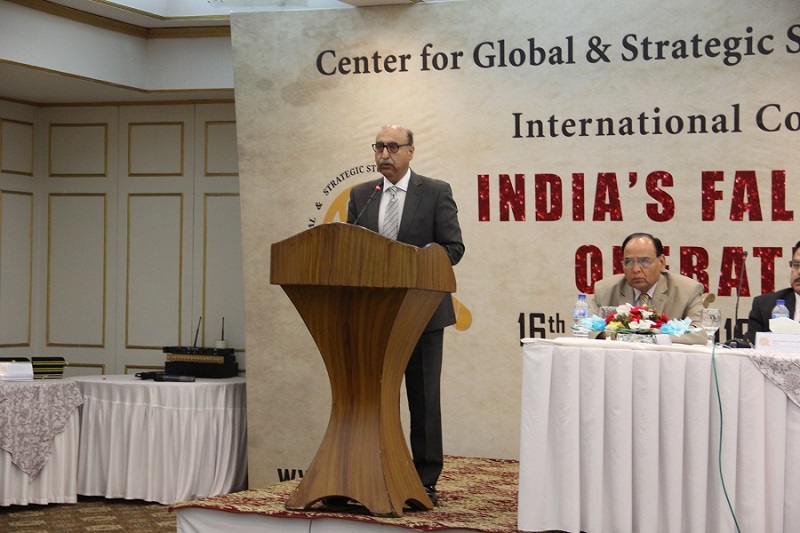 The former Pakistan’s High Commissioner to India said that SAARC is one of the example which was not allowed to take place in Pakistan in November 2016. All these things will definitely have some kind of impact on Pakistan. It is India’s interest that the Mumbai trial does not conclude, it is a good talking point for India at various International forums. We need to counter all these moves by India intelligently.

In his keynote address, the Author of the Book ‘The Betrayal of India’ Elias Davidson said that the Indian government has formally accused Pakistani citizens, acting on behalf of Lashkar-e-Taiba (LeT), of having carried out the massacre of more than 160 persons in Mumbai. These accusations have been promoted around the world by leading media. A repeated allegation does not mean it is true.

Elias Davidson said that the present documentation shows that these accusations are unfounded, for there is no basis for the claim that any Pakistani organisation or that any Pakistani citizen was involved in the Mumbai attacks of 2008. The phone calls between the gunmen and the handlers were not made in Urdu but in Hindi and the communications sounded very unnatural for a live conversation and the phone calls do not provide evidence that the gunmen were Pakistani. 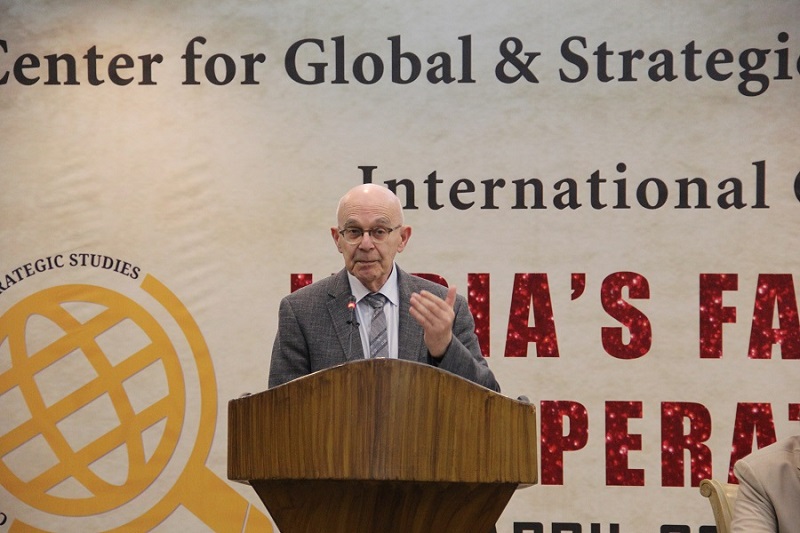 Elias Davidson added that according to the Indian government, the gunmen in Mumbai were Pakistani citizens. Yet none of them was properly identified. It was reported in court, that the telephone connection between the “handlers” and the “gunmen” was made by International Connection Services (ICS), a private corporation registered in the State of Delaware, USA with its head office located in New Jersey. The phone calls displayed what appears to have been inside knowledge that only senior Indian officials could have given them in real time. This operation is a lie from A to Z to maliciously malign Pakistan internationally.

They were of the view that we are in a psychological war with India, which have social and political impacts not only on both countries but on the region and beyond. Modern political India is a representation of democratic fascism. Their intention is to pressurize Pakistan in Kashmir issue and to stall the Afghanistan reconciliation because it is not in the geostrategic interest of India.

Approximately 230 people including experts of foreign policy and representatives of public and private sector attended the Conference.

Mati
Mati-Ullah is the Online Editor For DND. He is the real man to handle the team around the Country and get news from them and provide to you instantly.
Share
Facebook
Twitter
Pinterest
WhatsApp
Previous article5 terrorists killed, ASI Qamar Alam martyred in Peshawar Operation: ISPR
Next articleArmy Chief inaugurates new blocks at CMH Rawalpindi