LAHORE, Pakistan: Excited, thrilled, passionate and even more adjectives would probably be less to describe Pakistanis particularly Lahoris who are enthusiastically awaiting the restoration of International Cricket in Pakistan following an eight-year starvation.

The victor of ICC Champions Trophy 2017 – Pakistan – is all set to embrace the International Cricket which returns with Independence Cup, a three-match T20 series between Pakistan and World XI, which will go underway with the inaugural match at Gaddafi Stadium in Lahore on Tuesday evening.

Apart from 14-member World XI team and other Management Staff, a number of foreign tourists have also arrived in Lahore for not only witnessing the excitement linked with Independence Cut but also Pakistanis hospitality. 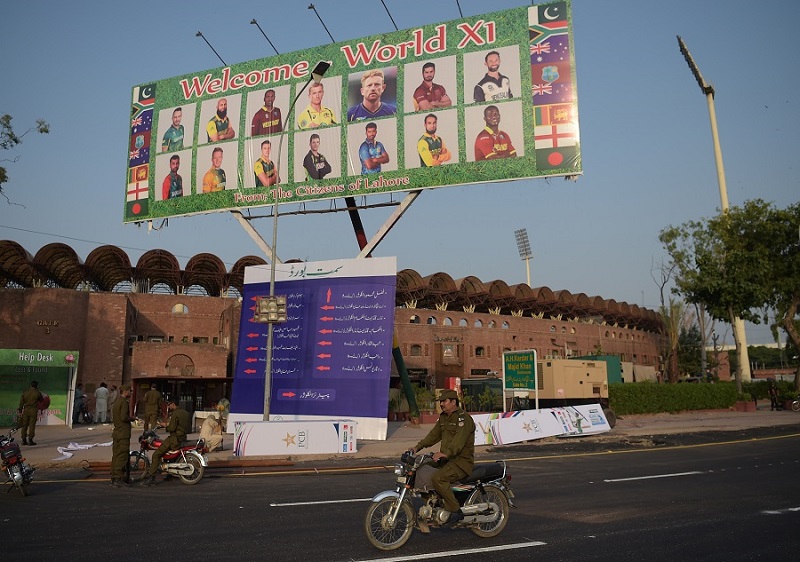 “Oh my God this is awesome country and Lahoris are exceptional hosts,” said one of the joyful tourists from New Zealand while talking to the Dispatch News Desk (DND) news agency in Lahore.

The 57-year-old New Zealander Hans Petticoat said he had been in Lahore since three days and had gained two pounds weight.

Hans Petticoat said wherever he went across the Lahore City, Lahoris offered him free food.

“Oh my God what a country is Pakistan,” he said who had been overwhelmed with emotion.

Hans said he was crazy about Cricket since his childhood, and had travelled to Pakistan in 1997 as well. He said that was the second time, he had been in Lahore.

The New Zealander said Pakistani legendary batsman Javed Miandad was his hero, and he even visited Karachi in 1997 to meet Miandad. He recalled his meeting with Javed Miandad lasted for 10 minutes.

Hans Petticoat said he was excited to visit Pakistan again and now he had been enjoying food and love of people of Lahore since his arrival.

In addition, he was of the view that Lahore had altogether changed and become cleaner and more beautiful. He said he also enjoyed the overcrowded Metro Bus Service of Lahore.

When asked would he visit other cities during his visit, Hans said he would also travel via motorway to Islamabad, one of most beautiful Capitals of the World.

Hans said he would return to Lahore from Islamabad, and then depart for India via Wagah Border

Mati
Mati-Ullah is the Online Editor For DND. He is the real man to handle the team around the Country and get news from them and provide to you instantly.
Share
Facebook
Twitter
Pinterest
WhatsApp
Previous articlePakistan not to suffer brain drain anymore: President Mamnoon
Next articleLEAs about to eliminate Ansar-ul-Shariah: Ahsan Iqbal