Implementation of landmark judgment for minorities’ rights lingers on

LAHORE, Pakistan: The speakers at a media conference organized by the Centre for Social Justice (CSJ) on the 8th anniversary of the landmark judgment regarding minorities’ rights, regretted that implementation was largely missing.

According to the data sheet issued by the CSJ, a Supreme Court bench had conducted 28 follow-up hearings that passed 80 supplementary orders to the federal and provincial governments for implementation of seven original orders given in 2014. The orders were about establishing a national council (commission) for minorities, developing a curriculum for peace, implementing job quotas, curbing hate speech inculcating social and religious tolerance, and penalizing human rights abuses against religious minorities. 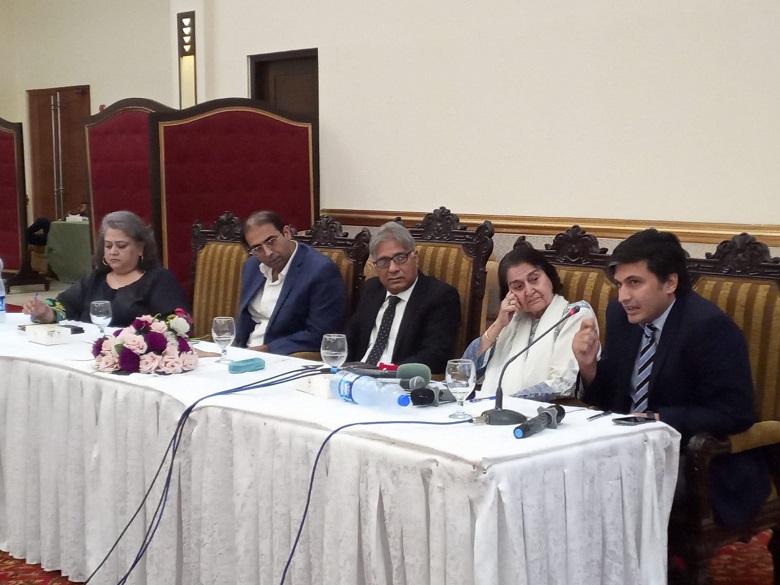 The speakers underlined that although the quality of implementation has improved after the one-man-commission was constituted by the Supreme Court, yet the overall compliance is lagging far behind. CSJ noted that the one-man commission did commendable work and presented 11 reports before the bench of the apex court based on the activities and challenges regarding the compliance of the verdict.

Speaking on the occasion, Peter Jacob, executive director of CSJ, observed that the federal and provincial governments had achieved 22 percent compliance in eight years after this verdict was passed by the apex court means that full compliance will require 24 years of wait. He said that judgment faces challenges of non-implementation due to lack of good governance, indifference towards human rights, and the plight of minorities amongst legal duty-bearers.

Therefore, the government bodies need to cooperate with one-man commission, and stakeholders to make progress on the court verdict. He refuted the claim of the federal ministry of education before the Apex court that the curricula textbooks were compliant with Article 22(1) of the constitution of Pakistan.

Justice (retd) Nasira Iqbal said that it is eight years since the passing of the jillani judgment, and we are still waiting for its implementation. It is the responsibility of the government to implement court orders and address serious issues that minorities face in Pakistan. She said that the judgment underlined the equality of rights for all irrespective of faith, therefore, the government must develop inclusive and tolerant curricula for all as proposed in the court directives.

Advocate Saroop Ijaz stated that the findings and directives of the landmark judgment had the potential of reforms and scope to contribute to advancing religious freedom, and building a tolerant society. Unfortunately, the federal and provincial governments failed to capitalize on this verdict to realize the equality of rights and respect for diversity in Pakistan. He noted that the non-compliance may be due to a lack of political or a lack of institutional capacity and will of the government machinery.

Advocate Saqib Jillani remarked that the constitution of Pakistan guarantees all citizens without discrimination fundamental freedoms enshrined in Article 20, Article 22(1), Article 25, therefore, the federal and provincial governments should fulfill their constitutional responsibilities by addressing gaps in governance, and implementing proposed measures to effectively promote and protect minorities’ rights in the true spirit of the Judgment.

Michelle Chaudhary, president Cecil and Iris Chaudhry Foundation observed that the National Commission for Minorities and Taskforce on Minorities constituted through notifications and resolutions in May 2020 and June 2022 were an eyewash to portray as the full compliance with court orders, but in reality, both of these actions are in total disregard of the verdict issued by the Apex Court.

The CSJ has produced three compliance assessment reports authored by Peter Jacob, studying gaps in the implementation of court orders i.e. “When Compliance Fails Justice”, “A Long Wait for Justice” and “Justice Yet Afar”, published in 2016, 2019 and 2021 respectively.

Mati
Mati-Ullah is the Online Editor For DND. He is the real man to handle the team around the Country and get news from them and provide to you instantly.
Share
Facebook
Twitter
Pinterest
WhatsApp
Previous articleAhsan Iqbal assures full support to Balochistan’s students
Next articlePakistan observes International Day for Countering Hate Speech