Iman Ali is the veteran goddess in every sense. From her old drama serials to the movies she has acted in, her expressions and everything she does is pure perfection. There is no denying that we love seeing her on-screen and miss the time she used to grace it. The Khuda Kay Liye actress is loved and respected not for her acting only but for every public appearance. However, social media spares no one. 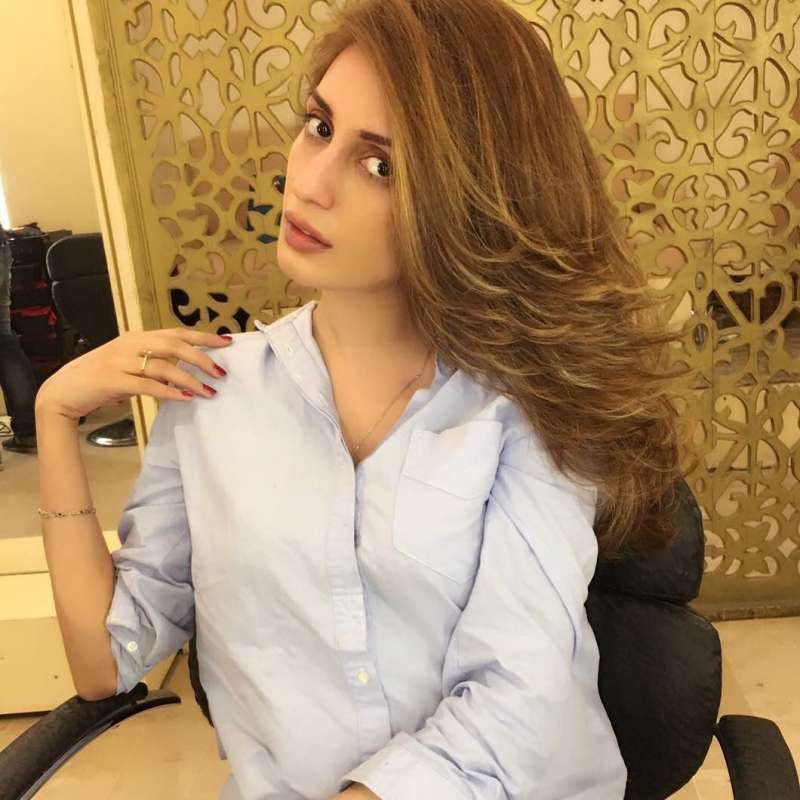 The ace actress has become a center of social media rebuke & attention for a very carefree personal reason.

What Caused The Controversy?

Recently a video was posted by multiple Instagram accounts on Instagram where we can see Iman Ali dancing along with the choreographer Gohar Hayat at a friend’s wedding. If you see the video, you can see the actress is having fun, showing her moves all the while not caring about what people will think or are seeing. Obviously, that’s not something you care about when it is your friend’s wedding and you are there to have fun and get the best of it.

Here is the video where you can see the trailblazing star having the time of her life:

A post shared by Entertainment popcorn (@entertainment_popcorn_offical) on Aug 19, 2020 at 6:19am PDT

What Happened After The Video Was Posted?

So, what happened after the video was posted? If you are a Pakistani active on social media, I don’t even think you need an answer to that. The video was posted on an Instagram account and people went bonkers. They started schooling Ali on dancing, not wearing the dupatta, gaining a few pounds, dancing after her father’s death, and whatnot. People started rebuking her for enjoying and that too close to her father’s death anniversary. Like what?

If you can’t believe these were the actual comments she got, here are the screenshots to prove our point: 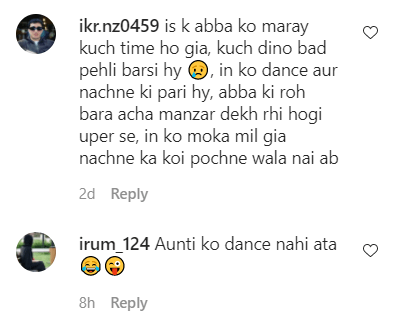 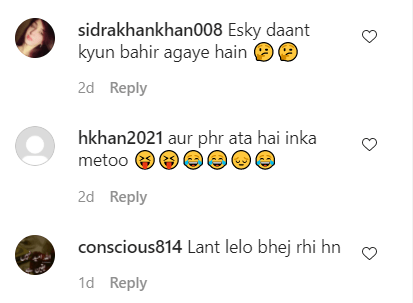 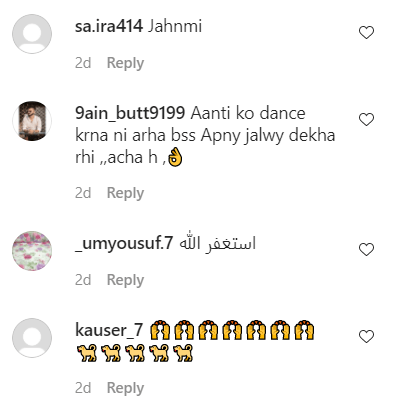 There Was Another Side Too

While the people were quick to criticize and judge her, there were a few people who instantly commented on the internet wrath that was about to happen. Some even tried to support her, but we all know what happens when there is one person trying to instill a sense in a sea of people who won’t take valid reasons for an answer.

Here are the screenshots of this minority in the comments section: 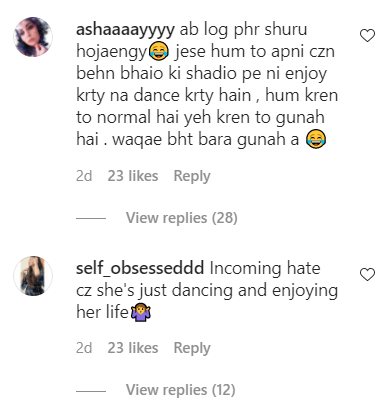 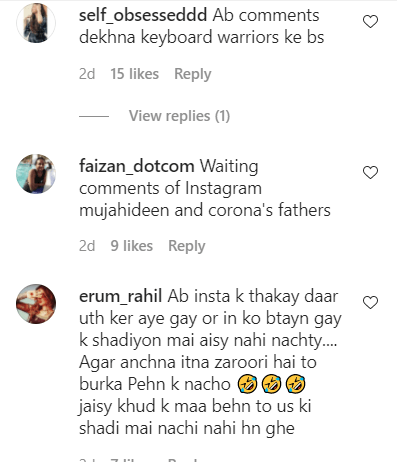 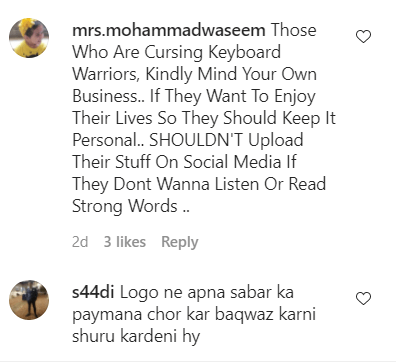 Like always, here is a little reminder that we are living in 2020 and the world has moved past schooling others with an unwelcomed opinion. It doesn’t matter what Iman Ali’s age is or whatever she is doing as long as she is the one satisfied and happy. Your opinions do not matter.

Kainaat Maqbool
A strategic and content marketeer, Kainaat has been working as a writer and content consultant for over 6 years. When she isn't writing or making marketing strategies, she is teaching people to do the same.
Share
Facebook
Twitter
Pinterest
WhatsApp
Previous articleRoads condition for Islamabad to Naran and onward to Hunza
Next articleDiscussing Faiz, Jung and ‘Quiet Women’ with Afshan Shafi