“The reality is not what we see”, is a popular line of writers, poets, and dramaturges. Yes, Reality may not be what we see or perceive. The dimensions are important in how do we approach things and facts and our perception is based on the frame of reference and point of reference. The moment the frame of reference is changed; our entire perception gets changed. Approaching reality is mostly more than a sensory process as it also involves logical thinking and old experiences while the state of illusion is purely optic but very badly used by writers and poets.

“Illusion” is an attractive diction used by several contemporary writers and poets. We read it but usually do not contest what they do mean to us? Mostly this term is used in a wrong connotation because many writers use it in a way that deals with the unreal or realistic rather illusion is solely an optic experience not related to logical conclusions or facts.  For example, we take blockbuster Madonna’s of the 1990s—- Illusion. She sings:

It’s all an illusion

There’s too much confusion

If it’s bitter at the start

Then it’s sweeter in the end

Can we get together?

I really, I really wanna be with you

Come on, check it out with me

I hope you, I hope you feel the same way too

Can we get together?

I really, I really wanna be with you

Come on, check it out with me

I hope you, I hope you feel the same way too

In this song, she expresses the state of mind not the state of optics, and this song gave wrong meanings to “illusion” but these new meanings of Illusion as a statement of mind are still popular as they were in the early 1990s. 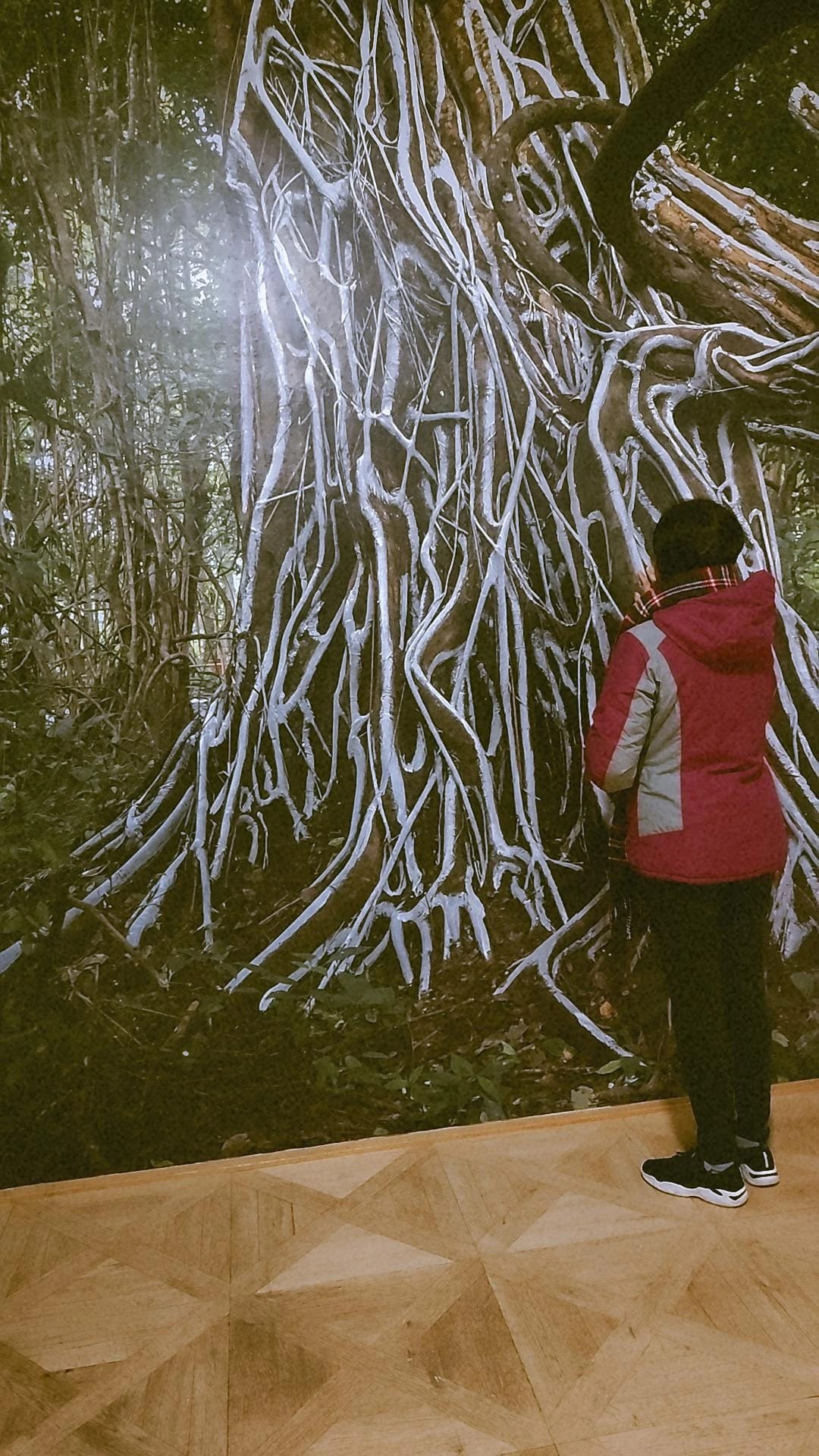 An illusion is nothing just a distortion of senses; mostly optic sense—visual illusions. Optical illusion can be generated by manipulating human capacity for Depth Perception and motion perception, and perceptual constancy. It may be mentioned that Depth Perception is the visual ability to perceive objects around us in three dimensions and the ability to calculate the distance of an object from our eyes.

Op Art or Optic Art is a kind of art that tricks with our visual capacity and manipulates the distance and depth of objects around us.

Optic Art technique is not very new and paintings like “Escaping Criticism”, produced in 1874 by Pere Borrell del Caso, are a classical example of Optic manipulation as painting gives a hyper-realistic image of a child climbing out of a picture frame.

It is interesting to note that the term “Op Art” was first used by the Time magazine in 1964 in an article written about the Optical Paintings Show of Julian Stanczak held at Martha Jackson Gallery in New York City but this Art can be traced back in painting, sculptures, and structures of Neo-impressionism, Cubism, Futurism, Constructivism, and Dada.

Today’s Op Art is not the same as hyper-realistic art. It is more abstract, relying on geometric compositions to trick the eye that unreal forms and spatial planes exist. The first abstract technique in painting to trick the eye was introduced by Georges Seurat and is called “Pointillism”.

Instead of mixing colors ahead of time, pointillist painters placed unmixed colors beside each other on a canvas, creating the illusion of solid fields of colors. When you view these paintings from a distance, it looks that the colors are mixed. The best painting of this kind is “Lighthouse at Honfleur” by Georges Seurat.

Many different and difficult explanations can be given about Op Art but it can also be summed up in simple words that it is a perceptual experience related to how vision functions. It is a dynamic visual art that sprouts from a conflicting figure-ground relationship that puts the two planes—foreground and background—in a tense and contradictory juxtaposition.

Illusion Art Museum Prague is the best place where you can find how to play with optics. This museum is dedicated to illusion and trick art. Spread out over three floors, I encountered illusion art in many different styles, some rooted deep in history, others contemporary and cutting-edge.

Antiquity style illusion can be seen in installations based on special and optical illusion, the use of a frame to distort the limit between figure and ground to create an optic illusion of figure coming out of frame and detaching from its ground. The horse jumping from window and a man falling out through a window are the classic examples of figure ground over statement.

The point of reference or trajectory was fully utilized in installations with old objects, plastic bottles, computer and old telephones. The arrangement of the display required a certain trajectory to get an accurate vision of the installation. A piano in the middle of the room had hidden display of two figures created by random object placement and can only be viewed from a specific angle.

A figurative installation made by old rubber slippers also trick the human optic by taking shape only from a certain angle.

The famous optic illusion involving space and depth plus a comparison is a key feature of the museum. Where two adults stand on allocated spots and a picture from a prescribed angle shows a huge size difference.

I enjoyed a Lego block installation of a human figure and its emotional transformation from right to left via different frame of references.

Anamorphic installation is a contemporary art form manly used in an advertisement when objects on display get merged into the painting on the backdrop or through the entire surface. Mixture of object and painting the surface of that object harmoniously is not only eye catching but also create depth by tricking the seeing and touching sense. The wings painted on wall and a figure adjusted at right place is pleasing experience.

Metallurgical painting is another highlight of the museum, artists used metal surface as canvas and blow torch as paintbrushes. Painting emerges by scraping and scratching the metal surface with fire. The concaved and convex surface then gives optic illusion by emerging as a figure into our field of vision.

Visual semiotics of optics illusions is not a new phenomenon, but Illusion Art Museum is doing its best in commodifying the phenomenon. The element of surprise and trick is value edition in any performing and visual art. Visual art displayed and visitors being allowed to interact and explore the displayed art created a performing art environment. A strange grey area between visual and performing art was full of trick and treat.