ISLAMABAD, Pakistan: The Federal Minister for Narcotics Control Brigadier (retd) Ijaz Ahmad Shah has said that just like the global world, Pakistan is trying its best to get rid of the menace of drugs.

“The government’s primary focus is on the crackdowns against drug dealers, we certainly cannot let our youth fall victim to this menace,” he said in a meeting with the Country Representative of United Nations Office on Drugs and Crime (UNODC) Jeremy Milsom at the Ministry of Narcotics in Islamabad on Wednesday.

The minister welcomed the Representative and appreciated the role of UNODC in the drug eradication process.

“The role of the UNODC in fighting this menace is worth appreciation,” the minister said. 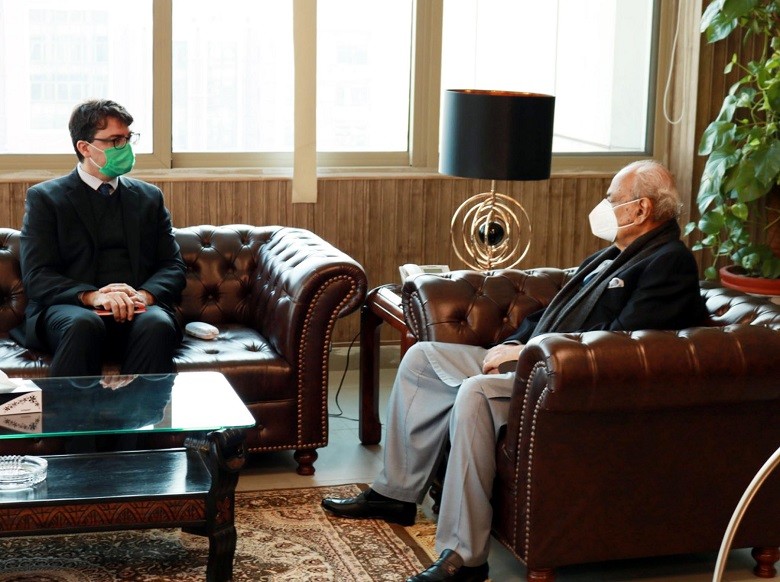 Ijaz Shah said that the treatment and rehabilitation of the drug victims is also our utmost priority.

The Country Representative of UNODC briefed the minister about the functioning and operations of the organization in regard to drug eradication.

Jeremy Milsom appreciated the interests of the government and said that the 3rd Country plan will commence from 2021 while the previous two have been quite fruitful. He also ensured full cooperation in the efforts of the government to fight this evil.

The meeting concluded with the promise of working together to fight this evil and make Pakistan a drug free society in the near future.

“We will try our best to completely eliminate this menace of drugs from our society,” Ijaz Ahmad Shah said.

Mati
Mati-Ullah is the Online Editor For DND. He is the real man to handle the team around the Country and get news from them and provide to you instantly.
Share
Facebook
Twitter
Pinterest
WhatsApp
Previous articleMinorities panel condemns Indian persecution of Sikh farmers’ peaceful protest
Next articleSheikh Rashid announces crackdown against smuggled petrol