Government of Pakistan
By Mati
January 26, 2021

ISLAMABAD, Pakistan: The Federal Minister for Narcotics Control Brig (retd) Ijaz Ahmad Shah met with the Country Manager Osman Ahmad and the Liaison Officer Chris Hall from the British National Crime Agency at the Ministry of Narcotics Control in Islamabad on Tuesday.

The strategic approach to combat the menace of drugs was brought under discussion during the meeting.

The Federal Minister for Narcotics Control Brig (retd) Ijaz Ahmad Shah while elaborating over the problems associated with widespread of narcotics said that “it doesn’t only have a negative impact on individuals and their mental health but also plays a role in the increased crime rate”.

Reinforcing the importance of eradication of drugs, he added that “reduction in drug usage will also help in reducing organized crime and help in formation of a peaceful society”. 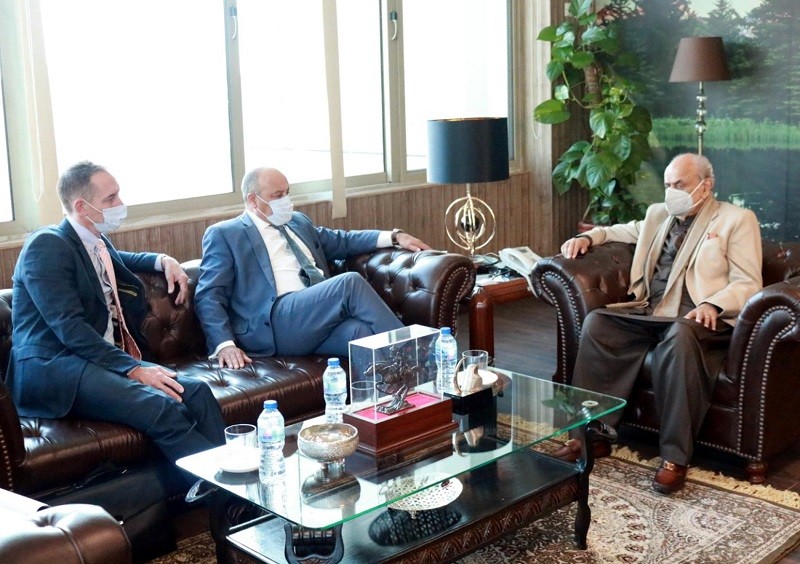 The Federal Minister emphasized that eliminating drugs from society can save generations from being destroyed.

The representatives of the British National Crime Agency agreed with the Minister’s point of view and said that close coordination was needed in order to completely eliminate this menace from the world.

To which the Minister said that “no country in the world can get rid of this problem in isolation, it’s a global issue and needs to be solved by combined efforts”.

The Country Manager of the British National Crime Agency said that the Anti-Narcotics Force and Special Investigation Cell of Crime agency have been working in close coordination and have successfully worked in multiple projects to combat the problem.

Both sides mutually agreed upon the point that Information sharing and assistance play a significant role in formulating an overall strategy to achieve the goal of a drug-free society.

The Minister said that the exchange of Information and coordination is very important to control the illegal trafficking of drugs. He also said that formulating a strategy to reduce the demand of drugs across the globe will play a key role in overcoming the problem of narcotics supply.

The British Agency representatives promised all possible cooperation in this regard.

The meeting ended with a promise that all relevant organizations will work on improving the coordination and work in close proximity to collectively fight the menace of drugs and completely eliminate it from society.