President IEPF Umud Mirzayev shared his impressions of the meeting with the President and First Lady.

Monitoring Desk: President Ilham Aliyev and First Lady Mehriban Aliyeva visited Fuzuli region on October 17 to mark the anniversary of its liberation from occupation and met with public figures.

During the visit of the President and the First Lady, laid the foundation for the Fuzuli-Agdam highway, the “Smart Village” in Dovletyarli village, the Digital Station Management Centre, the Memorial Complex and the restoration of the city. The head of state addressed the meeting. 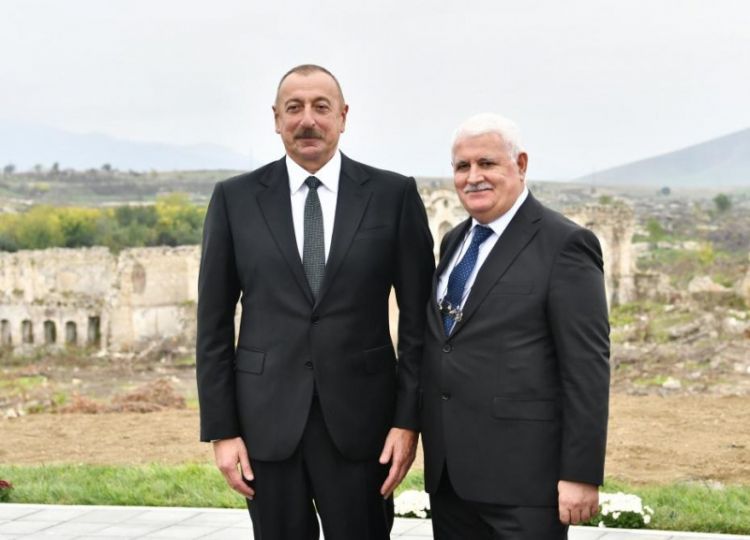 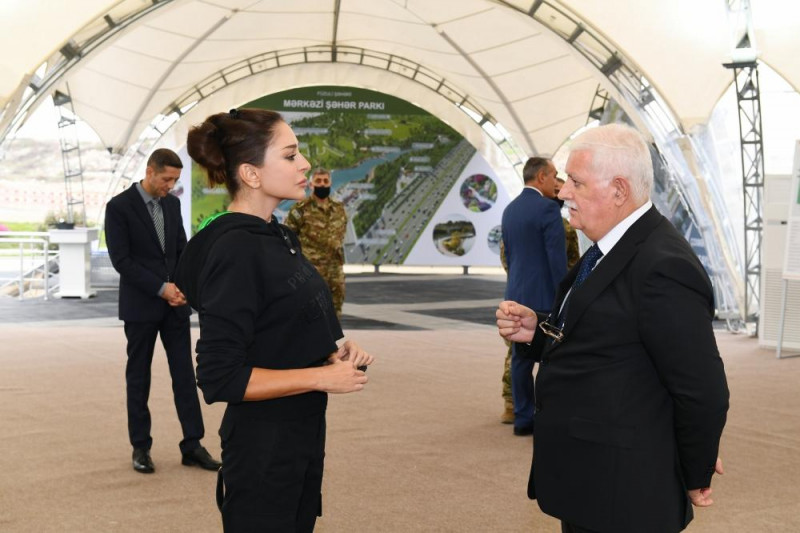 U.Mirzayev first congratulated all the people of Azerbaijan, including the mothers of martyrs, the Supreme Commander-in-Chief, our veterans, the Azerbaijani National Army on the anniversary of Fuzuli’s liberation from occupation. It was also because Fuzuli was a key place as its liberation from occupation almost decided the fate of the war. Everyone knew that it was no longer possible to stop the Azerbaijani army, the army was moving towards victory. Fuzuli was a place where the heaviest battles took place. 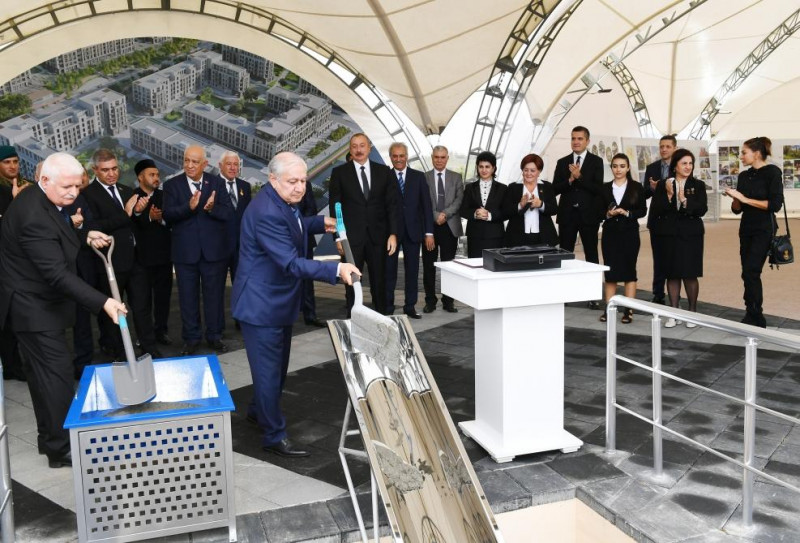 The most difficult trench for the Armenians to cross, the most popular Ohanyan wall had been built there, and military units were mostly located in that direction. Losing Fuzuli meant breaking the backs of Armenian terrorist units. A very well-established military plan under the leadership of our Supreme Commander-in-Chief led us to this victory. ” 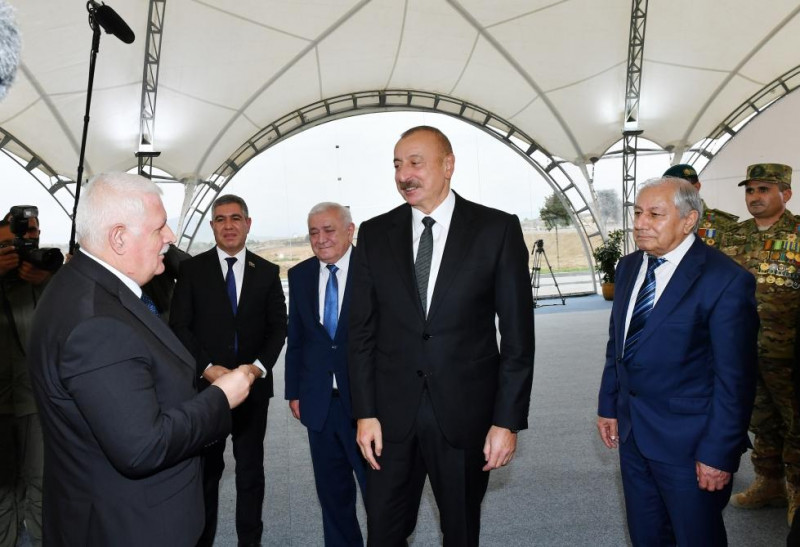 “One year has passed since the liberation of Fuzuli. On this occasion, an invitation was delivered to representatives of the local community. I was among them. The President laid the foundation for the reconstruction of Fuzuli yesterday with a delegation of about 30 people. Of course, a special selection was made to participate in the event. Many of them were chosen in return for the hard work of Azerbaijan during the last 30 years of bloodshed. Despite the fact that I did not stop for 30 years and worked for the liberation of our land, I consider myself lucky to have participated in the groundbreaking ceremony in Fuzuli. I know that participating in such an event is a great moment. Of course, each of the 130,000 people of Fuzuli deserves to be there, to meet with the Supreme Commander-in-Chief who led us to victory. It was a great chance to be selected out of 130,000. ”

Umud Mirzayev expressed confidence that the liberated areas, including the city of Fuzuli and the region, will be rebuilt and will be better than before.

“The foundation stone for the restoration of Fizuli has been laid. How will it be? It will be great – I’m sure. During the sincere meeting, I felt a perseverance and determination in the words and countenance of the President. We saw that determination when the war broke out a year ago. At that time, despite all the pressure, the head of state was determined to win the war and go to the end. Today, he is determined to restore and revive the liberated lands. I am confident that this will soon bear fruit, and the residents of Fuzuli and Karabakh will return to their native lands.

The people who took part in it were those who spoke on behalf of the elders, on behalf of the youth, on behalf of our culture. I also had the opportunity to speak at the meeting. We had a very close conversation with Mr. President. I also said my word and conveyed my thoughts. It was a great day. Fuzuli’s project is a great project. I have carefully considered almost all the details of this project. In the process of laying the foundation, I also poured a handful of concrete on the foundation. ”

“Numerous facilities were opened in Fizuli. During the visit to Fizuli, the President and the First Lady attended the groundbreaking ceremony of an apartment block. The head of state laid the foundation of the first residential buildings in Fizuli. They got acquainted with the conditions to be created in Fizuli Central City Park, where they planted trees. They also took part in the groundbreaking ceremony of the Digital Station Management Center in Fizuli, the Fizuli-Agdam highway, and the new “Smart Village” to be built in Dovletyarli village of Fizuli. It should be noted that during the groundbreaking ceremony of the Victory Museum in Fizuli, it was reported that the Fizuli Memorial Complex and the adjacent Victory Park will be built in the central part of the city, the Museum of Occupation, as well as the Flag Square in a high place.

Today, a lot of construction work is underway in Fizuli. The international airport, very convenient roads to Shusha, electricity, water, etc. infrastructure projects are being implemented. All this makes me very proud as a Fuzuli. Hopefully, we will celebrate our biggest holiday and our biggest event these days – in November, in connection with the capture of Shusha.