ISLAMABAD, Pakistan: Hungary has voiced its strong desire to upgrade the economic partnership with Pakistan.

While addressing the Pakistan-Hungary Economic Diplomacy event in Islamabad on Friday, the Minister of Foreign Affairs and Trade of Hungary Peter Szijjarto said that his Country attaches special importance to this region because of cultural and historical similarities as well as security reasons. 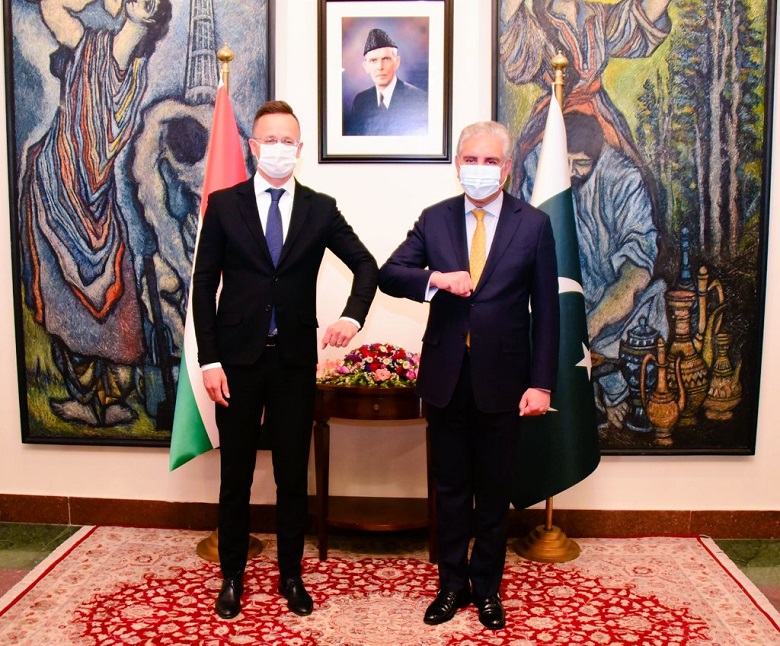 The Hungarian foreign minister said that Hungary really values and respects the contributions that Pakistan has been making to ensure the security and stability of the region.

Peter Szijjarto also commended the efforts undertaken by Pakistan to check the spread of COVID-19.

Shah Mahmood Qureshi said that Pakistan is eager to have a detailed engagement with Hungary at the experts’ level to benefit from its experiences in different areas including agriculture, water resource management, environment, and urban development solutions.

The foreign minister said that Pakistan is a huge market for the Hungarian companies to expand their businesses. He added that there is an opportunity for Hungarian waste management companies to invest in Pakistan.

Qureshi hoped the business community of both the Countries would engage profitably with each other to bolster the bilateral trade.

Referring to the investment-friendly policies of the government and the Country’s economic performance, said that we have further liberalized the investment policy for the benefit of investors.

The foreign minister said that Special Economic Zones (SEZs) are in different stages of development under the China Pakistan Economic Corridor (CPEC) and are open for investments including for the Hungarian companies.

Qureshi said that Pakistan has introduced a liberalized visa regime and e visa policy to facilitate the travel of businessmen.

The foreign minister said economic diplomacy is a major component of Pakistan’s foreign policy. He said that we are crafting new avenues of partnership with the rest of the world.

Later, the businessmen from both sides signed a number of memorandum of understandings (MoUs) for cooperation in different fields.