LONDON: A peaceful protest was held outside the Headquarters of BBC and CNN in London to protest the apathy over the coverage of Indian Occupied Kashmir and atrocities being committed by Indian forces, the Dispatch News Desk (DND) news agency reported.

The protest was organized by Majeed Ismail Choudhury, Syed Qamar Raza and other Human Right Activists.

Around 80 to 90 individuals participated in the protest, who were carrying banners and placards criticizing the Narendra Modi government, atrocities being committed in the Indian Occupied Jammu & Kashmir (IOJ&K) and biased coverage of international media houses. 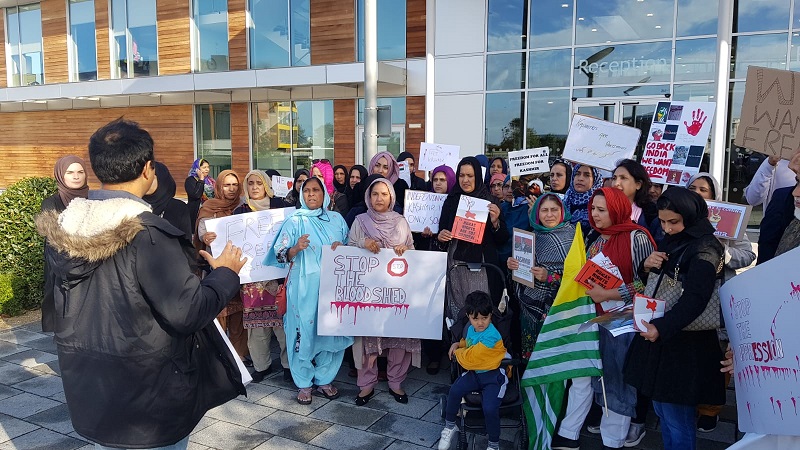 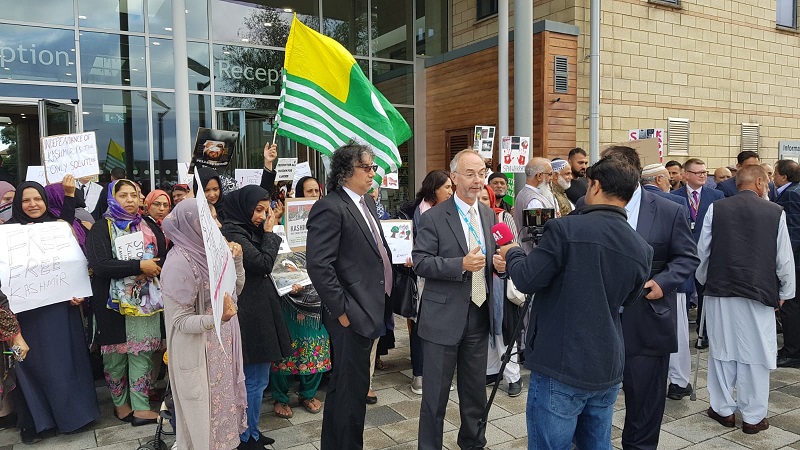 After protesting outside the BBC headquarters for an hour, the protestors marched towards the CNN building, a mile away where protest was held for an hour.

The protestors also met the Editorial Management of both BBC & CNN and handed over a memorandum, requesting them to consider giving due and impartial coverage to the Kashmir issue.

Mati
Mati-Ullah is the Online Editor For DND. He is the real man to handle the team around the Country and get news from them and provide to you instantly.
Share
Facebook
Twitter
Pinterest
WhatsApp
Previous article
Protest demonstration held for Kashmir in front of Indian High Commission in Colombo
Next article
Pervaiz Iqbal Losar apprises Member of European Parliament Fabio Massimo on Kashmir situation
Share
Facebook
Twitter
Pinterest
WhatsApp