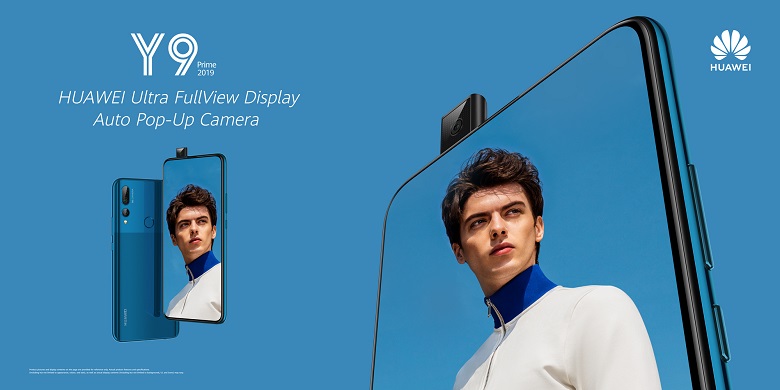 The Huawei Y9 Prime (2019) runs on EMUI 9 based on Android 9 Pie and has a 6.59-inch Full HD+ IPS LCD. Images display in neutral tones and entirely accurate with actual colors.

Two things distinguish this phone from many other smartphones.

It is easy to handle, and plastic material is used in Y9 2019, but many users fail to recognize whether it is plastic or glass!

The only drawback of the design is the back of the device is relatively easy to stick to fingerprints. But, this issue could be easily resolved by using the use case on the phone.

Huawei equips the Y9 Prime (2019) is powered by Kirin 710, paired with 4GB RAM and 128GB internal storage. Such configuration could be justified as it is a mid-range smartphone.

As far as performance is concerned, we have divided it into three levels.

The phone runs smoothly while performing simple tasks like call and message etc.

It runs smoothly too while running little bit heavy applications or games like Temple Run 2 and Subway Surfers.

Huawei doesn’t claim that Y9 Prime (2019) is designed for gamers, so users shouldn’t expect to play heavy apps and games (just like PUBG) smoothly. It hangs a little bit on some gaming phases.

The triple rear camera setup is present on the back.

Camera’s result is good in auto shooting mode with AI in the outdoor. The testers got really clear and sharp images. But, in low light conditions, the image output was not good enough!

On the front, for selfies, an auto pop-up 16MP camera is present which allows users to record lovely moments. It is activated when the user wants to take a selfie and rises within 2-3 seconds. In our opinion, it is a long time and the major drawback of the pop-up camera too!

Huawei Y9 Prime 2019 price is in Pakistan is around Rs 34,000. So, its features are justifiable in this price range. Design and performance could be rated as 8/10. We think that with the current market prices of smartphones, Y9 Prime is one of the best budget smartphones that is value for money.

We recommend it to the people who are looking for a good mid-range smartphone.

Mati
Mati-Ullah is the Online Editor For DND. He is the real man to handle the team around the Country and get news from them and provide to you instantly.
Share
Facebook
Twitter
Pinterest
WhatsApp
Previous articleTwo terrorist attacks in D I Khan left Pakistan in state of sorrowfulness
Next articlePM Imran Khan is keen for Foreign Direct Investment to Pakistan, says Raza Bashir Tarar