Huawei-the Chinese smartphone maker has recently launched two models of its camera-centric P series this year. It turned out to be a massive success for the company. Yes, we are talking about P30 and P30 pro. Both of them are premium smartphones as they cost Rs 1, 25,000 (P30) and Rs 1, 75,000 (P30 pro). Well, at the same time, the company had launched P30 lite in different countries except for China!

P30 lite costs much less than P30 and P30 pro i.e. Rs 44,000. It has no match with these two premium gadgets. This gadget is another mid-range smartphone in the market. The idea behind it was to reach more consumers with low budget. Now the real question is, is it competitive among other smartphones having the same price? To answer this question, we are giving you a detailed review of Huawei P30 lite. 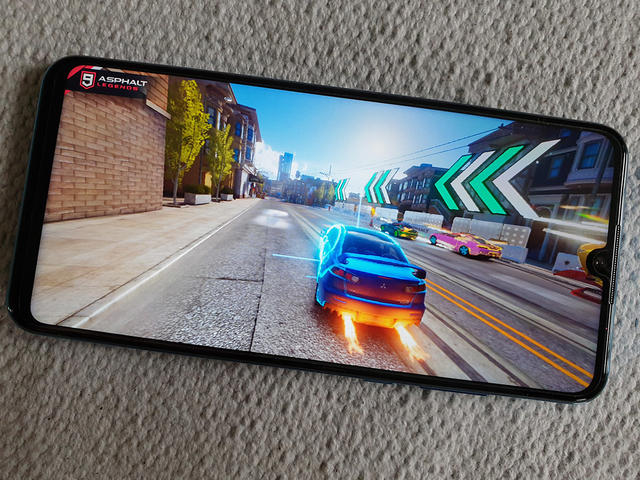 Okay so going ahead, here is the complete list of items you will get in the Huawei P30 Lite retail box.

P30 lite has a beautiful and striking design, i.e., slim and light, but it is not unique! Unibody design with a 3D curved glass on the back. We have seen the similar design of P20 pro and Y9 2019. Moreover, the company has not moved to another design for P30 flagships too.

One-handed use is easily possible because of not-so-big phone’s size. So, indeed, it is easy to handle.

The blue variant, named as Peacock Blue has some eye-catchy gradient color. But the black variant is plain and decent. 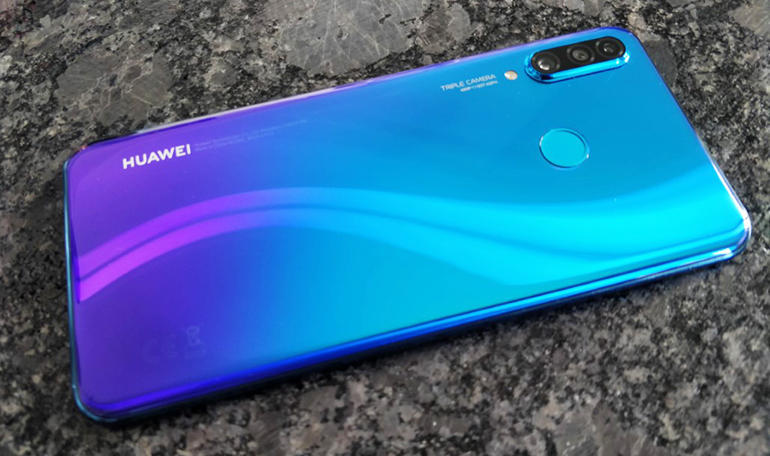 The fingerprint sensor is present along with triple camera setup arrayed vertically at the upper left corner.

U-shaped dewdrop notch is present that houses the front-facing camera. Bezels around the screen are all thin around the left, right, and top. That is quite similar to most bezel-less designs we have seen. Whereas, the bottom chin takes some space due to the components and ports.

The company claims that it’s a 90% screen-to-body ratio, excluding the frame outside the glass. But if you include the full front profile to calculate the display area ratio, it comes out at around 84.2%.

P30 lite comes with an LTPS IPS LCD panel, and its outdoor visibility is quite majestic. Indeed it is full HD, but it’s always inclined to consume more battery. So it is up to you – whether you want a long runner or a sharp and crisp display. But, during the trial, the display didn’t drain much battery. So, you do not have to worry about it much.

At the bottom, a USB Type-C port along with the loudspeaker and 3.5mm audio jack is present. Additionally, a mouthpiece (primary mic) is also present.

On the right side of the phone power button along with the volume rocker, is present. On top of the phone, a hybrid sim slot is present. Means, it can serve for one SIM and one microSD card or two SIM cards at once.

Like many other phones, you will not be able to use two SIM cards and a memory card simultaneously.

P30 lite runs Android 9 out of the box with Huawei’s cleaned up EMUI 9 skin. Huawei has changed the placement of some built-in apps and features within settings.

Some feature shifts have been done in the native camera app. These are not big ones. Example, only the portrait mode is available on the main viewfinder slides but not the aperture mode. You will be able to access the aperture mode from the “More” screen. Just like this company made some unnecessary changes, we believe.

No changes have been made in the primary interface and user experience. They are just like EMUI 8.2. The home screen still comes with two modes.

The default lock screen is Magazine style (loads a new wallpaper every time you press the power button to wake up the phone) as always. You can choose the category of your choice to load wallpapers from, in this specific style. Just like before, some quick options are also present on the lock screen.

The home screen can be changed as always to have different layout of icons. Even in EMUI 9, the home screen settings are still not in one place, and its configuration options again don’t offer to change the style – standard or drawer mode.

Are you among those who don’t like cutouts in the phones? Then, P30 lite’s software-based notch handler has solved your problem. As we mentioned earlier notch is present, but the software based top-bezel illusion aligns with the notch size by darkening the top status bar. It makes its size equal to the physical bottom chin.

Where the information on the top status bar goes? Well, all the icons come on the sides of the front camera.

There is no app drawer in the default home screen style. But, you can turn it on by changing settings. Here we go.

P30 lite also has a few more navigation options other than three-key navigation.

If you don’t know what it is. Don’t worry. It is a small ball present on the screen, and you can drag it anywhere. In short, it makes it easier to operate a mobile.

You can touch, long press the navigation ball and release, long press and swipe left or right to back to previous, back to the home screen and view recent tasks respectively.

People are facing no problem regarding this. It is fast as always.

It uses the front camera, so it’s not that fast as the fingerprint sensor is.

The idea of App Lock and user profiles is functional for many years. Huawei has added a new feature, i.e., PrivateSpace, it is indeed more useful than user profiles. Why? Let’s see.

The phone manager is an essential part of Huawei smartphones. It handles many things, including. 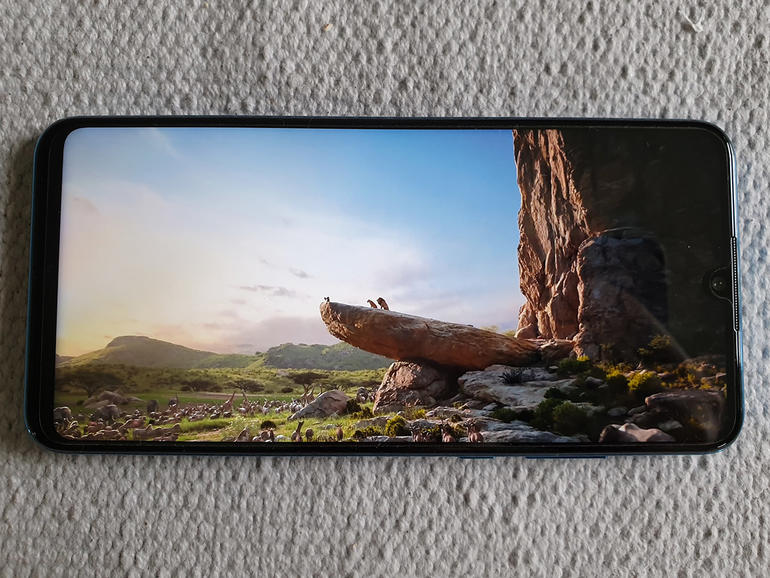 As mentioned earlier, Huawei P30 lite has a resolution of 2312 x 1080 pixels, but this resolution consumes more battery too. If you want to save power, you can set the resolution down to 1734 x 810 pixels.

However, by default, the Smart resolution option is turned on, which will automatically set the screen resolution down when mobile is running low on battery.

Previously we have seen a built-in Game Suite app in Huawei’s gadgets. Its function is to:

Allow users to add certain games in a list to provide the users with uninterrupted gaming experience.

The system optimizes the settings for better performance in selected games.

This feature may consume more power, and you may experience heat up. But the Game Suite was replaced by the “App Assistant” in the latest EMUI 9.

But, we haven’t found any significant difference between these two. The app assistant is not among the apps; it is difficult to find, unlike Game Suite. If you want to use this feature, go into Settings > Apps > AppAssistant.

Huawei P30 lite features the company’s latest mid-range system-on-chip, i.e., Kirin 710. The company first featured this chip last year in Nova 3i. After that, the chip was also featured on Huawei’s mid-range Y9 2019. The company could have used the better chip in 30 lite.

Well, during performance test PUBG was played. Surprisingly, we didn’t face any difficulty! Unlike other smartphones having the same chipset. Its benchmark scores were far less than Nova 3i and Y9 2019. The reason behind that is default settings which prefer to facilitate with better power management. But, once you select the “performance mode” option. The phone shows its real performance. It is similar to Nova 3i and Y9 2019.

P30 lite’s battery type is 3340 mAh, and the phone supports 18W fast charging.  The phone’s battery will be enough for one day (moderate usage), including streaming videos and scrolling through social media.

The battery is drained much during games and GPS navigation. So, it depends on your usage. Maybe you need to charge the phone mid-day.

It features vertically aligned triple camera setup on the back.

AR Lens is present along the 3D QMoji for the front camera and other visual effects for both front and rear cameras. The AR (augmented reality) backgrounds and 3D objects are not available in P30 lite.

“Night” mode is also present to shoot in a dark environment with longer exposures and lower-ISO sensitivity. The long exposure in night mode works with AI-powered stability and creates pseudo long exposures by stacking multiple frames gathering light along the way. It takes minimum 3-sec exposure at the lowest possible ISO sensitivity according to the scene. Exposure time and ISO could be adjusted as well in this mode, but the longer time (approximately more than six seconds) will result in a blurry mess.

Huawei’s AI is available, right above the live viewfinder that you can turn on/off. This AI algorithm can recognize 22 categories of scenes and adjust image settings instantly. 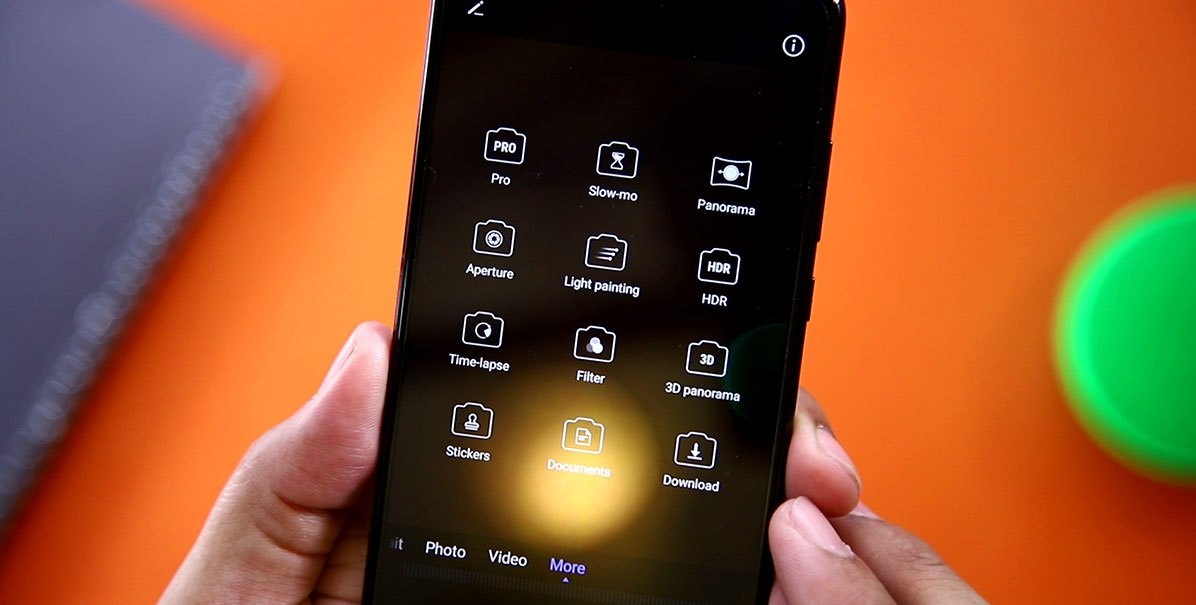 We have not seen the 32MP front camera in mid-range smartphones. So, it is an excellent option for selfie freaks. The image detail is quite majestic in bright light, and the one in low-light is also not bad.

Huawei P30 lite records video at up to 1080p in the 30fps and 60fps. Though the electronic image stabilization (EIS) is Electronic stabilization is available in the 30fps mode, and it’s always-on. Additionally, it has Slow-mo support with 120fps or 480fps.

We have provided you the detailed review of Huawei P30 lite. In our opinion, it is an excellent smartphone. But, the company should have upgraded the processor. Other than that, design, display, battery life, and camera result are good enough. Yes, performance benchmarks are recorded quite less than other mid-range smartphones. It is merely due to the default settings. Once “performance mode” is selected, P30 lite performs quite well.