How UniThink aims to reform education in Pakistan

Experiencing the transformation of education from within the four walls of the classroom to expanding to living rooms across the world, the two IBA Karachi final-year students Hira Siddiqui and Warisha Farhat came up with the idea to solve a decades-long issue faced by the students in their 16+ years of education with the help of Red Bull Basement. 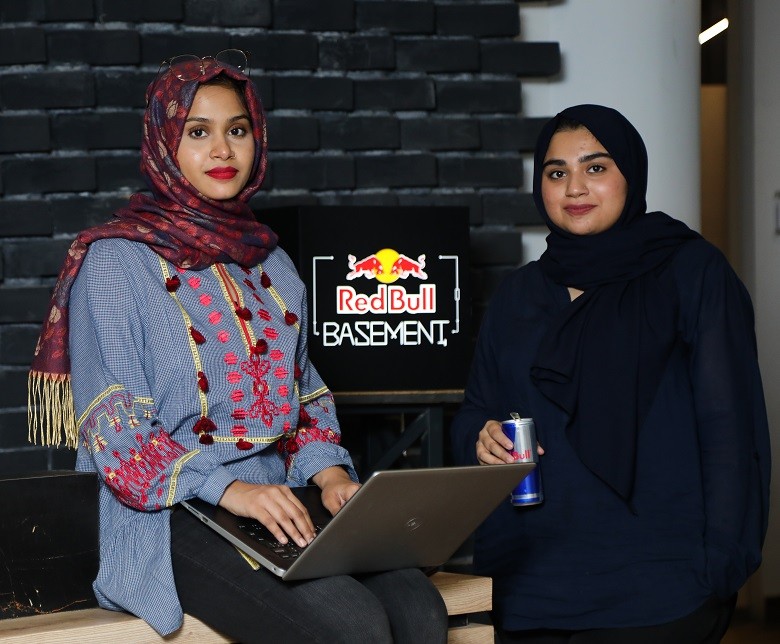 The two finance students, facing similar issues in their research work, came up with the idea to develop an application, ‘UniThink’.

The app tends to digitize the mediums of research by bringing together an interchangeably adaptive community of millions of thoughts and connecting them with the people who want to test out the limits of their ideas.

They will also have the access to advanced tools through which they can not only produce a stream of data but the data will be automatically analyzed as well through a series of algorithms.

Everyone who has been involved in the research work knows how difficult it is to find the right people for your survey.

This is where UniThink comes to the rescue, allowing the users to find the right audience for their surveys.

Considering a significant portion of what the students deal with is research with real-time data, the founders of UniThink, Siddiqui, and Farhat realized the importance of making a calculated response. According to them, if they had Unithink with them, it would have saved a lot of time and effort.

“We came to understand the problems of our fellows who themselves were trying to contribute during their academic lives. Even after such dedication, every student faces the same challenges that people before them faced for decades. And if a problem has been there for long enough, then not only does it call for action but a change in the existing methods too, which is how the idea of developing the app came into being,” shared Farhat.

The duo not only plans to change the methods but also generate a source of income for the participants.

“The application will also prove to be an income-generating stream for the participants,” said Siddiqui. “It benefits not only the participants but also researchers, whose cost and time can go down by almost 50%. It’s about completing laborious tasks within seconds while having the potential to give impactful work a platform.”

Last year’s Red Bull Basement Pakistan winners Zain Reza and Hasan Zafar were also IBA students who pitched ‘CampAssist’ as their big idea. Therefore, the university encouraged others to apply this year as well. The founders of UniThink followed it up and submitted their big idea.

The ambitious Red Bull platform launched in 2018 for student innovators who want to solve real-world problems with technology. An open call was made across 26 countries in 2020 and applications were open during the fall. Out of all the entries from across the country, UniThink triumphed.

“The moment we heard about Red Bull Basement, we had confidence in our idea and we knew it was something different and an area that wasn’t really tapped into yet. Red Bull Basement is a platform that will take us to our next step of developing our idea into something big. The team has been very accommodating and helpful. We are hopeful that once we get to the next stage, the idea would get another step ahead,” said Farhat.

Following their selection, Siddiqui and Farhat have now entered a six-week development phase where networking opportunities, funding, and state-of-the-art workspaces await them so that the winners can refine their innovative idea.

All the winners from respective countries will attend an Online Global Workshop from December 11 to 13. Farhat and Siddiqui are currently working on the prototype of this app and hoping to complete it before the Global Workshop next month.

The two young entrepreneurs not only hope to win it all but continue working in order to make education better.

“Our future plans are to continue working on this idea, whether or not we actually win. UniThink is a community-building opportunity that we don’t want to let go off. It gives us a sense of connectivity with the people around us,” Siddiqui on a concluding, optimistic note.

Mati
Mati-Ullah is the Online Editor For DND. He is the real man to handle the team around the Country and get news from them and provide to you instantly.
Share
Facebook
Twitter
Pinterest
WhatsApp
Previous articleNational Conference held on the Protections from Forced Conversion
Next articleJazz collaborates with CDA and Activemedia to bring the drive-in cinema experience to Pakistan