How to Register for Revival of Cycling Round 2 in Islamabad

Under the Revival of Cycling Campaign, the next round of Cycling Rally will be held in Islamabad on December 09, 2018 (Sunday) at 02:30 pm, aiming at to revive the cycling culture in the Country and make the environment clean.

The cycling rally will begin from the National Institute of Health (NIH) Office near COMSATS and conclude at Lake View Park Islamabad.

The agenda of the round two of the Revival of Cycling is “Empowering Youth Both Mentally and Physically”, focusing on the health & fitness of the people and the environment. 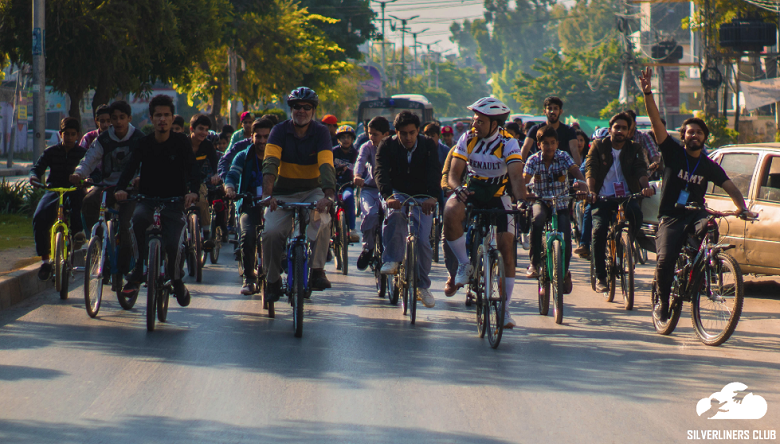 The event is being organized by the Islamabad administration in Collaboration with SilverLiners Club.

The Cyclists require to pay Rs 100 as registration fee to participate in the event.

The Cyclists have been asked to bring their own Cycles. However, in case anyone doesn’t have his/her own Cycle, he/she will be provided a Branded Cycle and helmet on hire for Rs 800.

In addition, in case of an injury to any Cyclists, the SilverLiners Club will provide basic medical aid.

For Registration for Second Round of Revival of Cycling; Click Here…

Earlier the first round of Revival of Cycling was held in Rawalpindi in October 2018, in which around 100 cyclists participated. The rally was organized from Chandni Chowk to Sixth Road.

Following the second round, the third round will also be held. However, its date and venue have yet to be announced.

Mati
Mati-Ullah is the Online Editor For DND. He is the real man to handle the team around the Country and get news from them and provide to you instantly.
Share
Facebook
Twitter
Pinterest
WhatsApp
Previous articlePakistan FM distributes gifts among Afghan Refugee Children
Next articleOPPO is set to launch most anticipated R Series with R17 Pro in Pakistan