How to download kptourism app and what it offers

The Khyber Pakhtunkhwa officially launched a dedicated mobile application and a web portal “kptourism” on June 3, 2019, aiming at to make it easier for tourists to navigate the province.

The app was launched by the Provincial Tourism Minister Atif Khan in a Ceremony held in Peshawar.

The Ceremony was attended by the Special Assistant to Prime Minister on Overseas Pakistanis and the Chairman National Tourism Board Zulfi Bukhari.

KP Government has launched the KP Tourism App and Logo in Peshawar. The App can be downloaded from App Store and Play Store #DestinationKP pic.twitter.com/7h4AiGCPOI

Both the app and the website have been decorated with the images of scenic tourist attractions with all related data for tourists to pick a spot of their choosing.

The application provides vital information about accommodation, restaurants, roads and fuel stations, among others to tourists planning trips to the KPK region.

The application ‘kptourism’ for Android users can be downloaded from Google play store and from app store for Apple users.

Following is the picture of the user interface of the app: 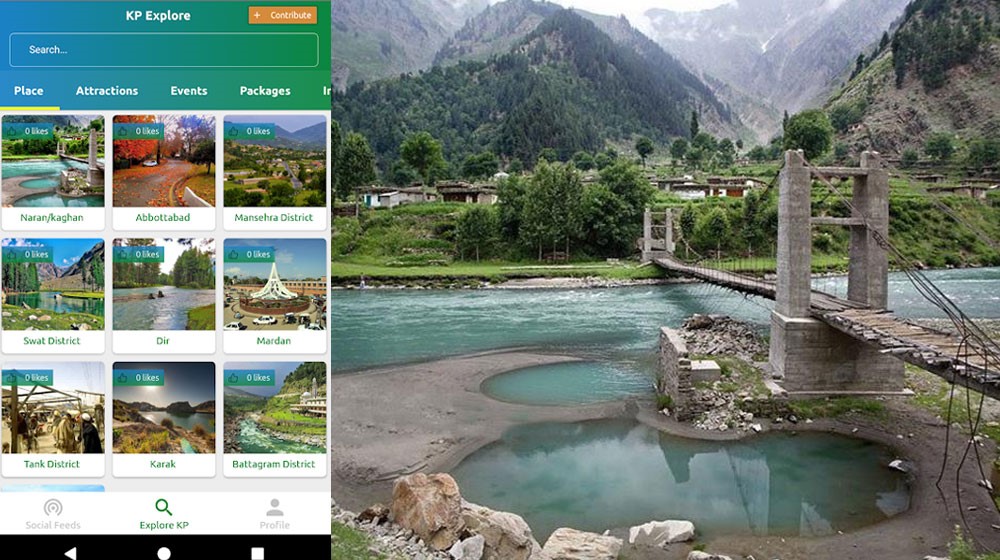 The KPK Tourism Minister Atif Khan told the press that the tourism industry in Pakistan has a huge potential to grow in five to 10 years. He estimated that if every year 100 million foreign tourists visit Pakistan and spend around $1,000 each, Pakistan will earn $10 billion a year.

“The government was investing heavily in tourism that will help create new jobs, lead towards development in the region and strengthen the economy,” he added.

KP Tourism, a mobile app launched by #PTI Government to spread awareness among the people regarding Tourism, its potential and become contributors of the bigger cause; lets promote Tourism in Pakistan 🇵🇰#DestinationKP pic.twitter.com/hC5UhZziKg

Mati
Mati-Ullah is the Online Editor For DND. He is the real man to handle the team around the Country and get news from them and provide to you instantly.
Share
Facebook
Twitter
Pinterest
WhatsApp
Previous articleJazz Wins Big at Pakistan Digi Awards ‘19
Next articleThe Infinite Selfie Experience with Infinix S4