Mahira Khan is recognized as the Pakistani entertainment industry’s biggest tv and film star. She is known all over the country, and even in Bollywood, for her excellent acting skills and bold looks. She was born in Karachi on December 21, 1982. She has just turned 38. Mahira made her debut in the 2011 film, “Bol,” co-starring with the most renowned Pakistani singer, Atif Aslam. However, she got her fame through Hum TV’s “Humsafar” drama. After working in a wide range of Pakistani dramas, she has also worked in the Bollywood movie “Raees” as a lead actress opposite Bollywood’s Shahrukh Khan. This ultimately helped her gain respect and love in India as well. Some of Mahira’s most popular performances include “The Legend of Maula Jutt,” “Superstar,” “Bin Roye,” “Actor In Law,” “Verna,” and “Ho Mann Jahaan.” Therefore, she has tons of awards for her acting. 
Other than acting, Mahira has also made a good reputation in modeling as well. She has some bold looks, and every type of dress suits her. Even if she wears a saree, maxi, A-line, pant coat, strapless, shoulder-off, or one-shoulder dress, she always looks stunning and bold. She can fit in both stylish Western and simple eastern dresses.

Over the years, Mahira received a lot of love and support from her fans and fellow celebrities. She consistently uploads all her bold photoshoots on her Instagram account. Until now, Mahira has posted over 1200 pictures and is near to reaching 10 Million followers on Instagram. On the other hand, she has also received too many hate comments due to her bold looks and dresses. 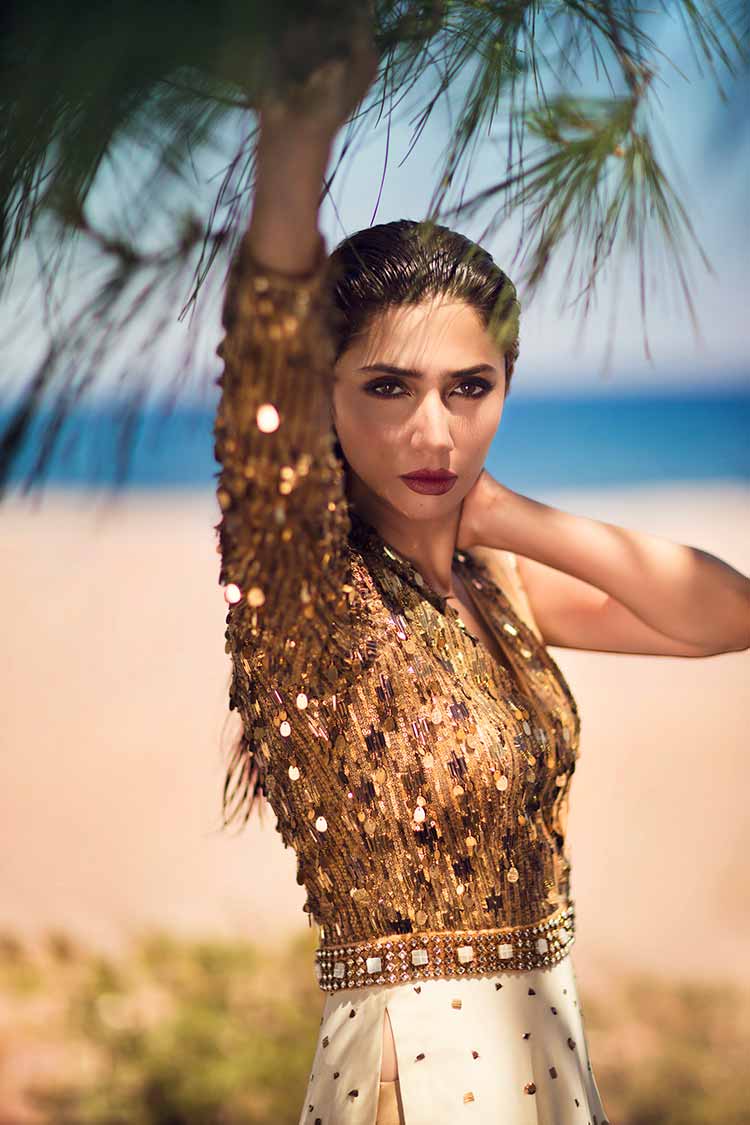 Recently, just two days after the release of “The Legend of Maula Jutt,” Mahira Khan posted a glimpse of the bold photoshoot on Instagram with the caption “The Legend of Love.” These bold posts surely keep Mahira in the highlights of the entertainment industry.