Honour Killing of the Constitution of Pakistan 1973

Once upon a time, a ship full of religious clerks sailing for pilgrimage drowned, leaving nobody who could return and tell people what happened to them. The story further says that the king of the land was unhappy with religious scholars and offered them a state-sponsored journey to sacred places and his staff made a hole in the ship and let it drown in the middle of the deep sea. A similar kind of ship has docked in the metaphorical Port of Islamabad and waiting for its passengers who are politicians of Pakistan to get on board, just a few last goodbyes are left and so-called democracy via politicians will set to sail.

There are of course actual elements who pushed it so far but all credits will go to the apparent element floating in the market, such as the USA and a letter and a most varied coup d’état of American history. Since the 19th century, the US has designed over 100 attempts of regime changes both overtly and covertly and has become an infamous country for replacing, ruining ad subjugating foreign governments. It changed regimes in all seven continents of the world under the pretext, of protecting the people from dictatorial rules or corrupt regimes.

Before I go any further let me explain how involving USA was a piece of cake, since when the USA has started disclosing its regime changes in an informal café setting which is usually arranged to get a sense or pulse. The answer is simple the idea of regime change is mostly bracketed with the word “USA-sponsored” which has become cliché. The entire idea has become a cliché over time. For the sake of explanation let me provide the definition “The occurrence of clichés is always a consequence of superficial communication, knowledge, understanding”.

It is high time for the US to re-sementize and de-sementize clichés attached to its policies. The US must be witnessing the de-sementization of the massive use of “regime change” and how it is backfiring in terms of its meaninglessness.

So how come communication become so superficial that its understanding lost its value as consequence. Let’s take an example of a cliché engineered by the USA. The heavy concept of war lost its desired impact on the human cognitive system. The term war on terror lost its relevance and become a cliché when it was used for purpose-driven endeavors. The loss of signification occurs due to the excessive usage of the term out of time and space and slowly cognition discards its relevance in any given situation proposed by the USA. This magnificent project of language engineering must have been protected and used when appropriately required unlike calling every war adventure proposed by the pentagon a “war on terror”. The process of new and novel meaning and understanding being attached to an already available meaning is called de-sementization on the other hand new associations to already available meaning is re-sementization.

For me, it is high time for the US to re-sementize and de-sementize clichés attached to its policies. The US must be witnessing the de-sementization of the massive use of “regime change” and how it is backfiring in terms of its meaninglessness.

Let’s get back to the democracy in Pakistan, I wrote in many articles that Pakistani democracy is just a face-saving exercise, especially for the western world those who are not willing to understand our cultural and social fabric and want us to adopt all the western philosophies, isms, and ideologies for becoming civilized and humane. If they allowed us to craft our own ideologies on our own cultural fabric, then the western form of democracy is practically impossible here. So every now and then a stage has been set and scripts have been written and political actors play their part in the democracy theatre. A layman fighting for his survival gets least bothered about that exercise, one group of people comes into power another sits in opposition, and then “Take One”—- “Camera Rolling”.  Winning and losing require the skill of a gambler and influence in casinos.

As I wrote several times that our state pillars are somehow on auto mode, they don’t get bothered either. The big decision related to foreign policy and security issues is smoothly and efficiently handled by individuals unknown to the public who have a name though “establishment”. Sometimes the establishment feels like being poked unnecessarily due to its involvement in states affair. Most of the time they hear and pretend they forget.

Electable has made this country a gutter of slurs, name-calling, bullying, character assassination, harassment, and nonsense. The highly polarized society has visibly shown signs of narcissistic behavior

But the tug of war between sung and unsung heroes remains continues. Mostly when unsung heroes are openly criticized for their alleged undue involvement in state affairs, their anger is justified and correct, they are the ones holding this “difficult to run” country into a functional country because the electoral circus is unable to do so. Instead, of being appreciated they receive criticism that they are the ones who are not letting the essence of true democracy prevail in Pakistan. Mere wishful thinking, even the public knows politicians are not capable of. In the recent past, a massive campaign has been launched to demonstrate the big idea of domain-refrainment of state pillars. That idea put the entire country on a halt for the last three years. Electable has made this country a gutter of slurs, name-calling, bullying, character assassination, harassment, and nonsense. The highly polarized society has visibly shown signs of narcissistic behavior. Apart from drowning in poverty and misery, the public is losing its sanity thus no decent discourse is available even for the sake of change.

The politicians in pursuit to run the country solely have ruined our internal as well as external policies. No head could be spared, to prove that politicians can take control everyone has to give their fair share, judiciary, bureaucracy, defence, all are dispensable. The only important thing is a fragile, self-obsessed narcissistic ego.

This is all part of a bigger game plan, where once and for all, it is going to be settled that the Constitution and electable plus democracy are façades. Now first time all the politicians are playing their scripted roles totally unaware of the plot of the script and displaying true democracy and the value of the sacred Constitution, which they are so proud of. In reality, for them, the Parliament means nothing and Constitution has no say, amazingly the keepers have manifested this through their own actions. They are proving they are useless and just an unnecessary burden on taxpayers, they can only create chaos, polarize a society, can decay the basic decency of the public, and can ruin foreign policies. They can be destructive if unleashed, they cannot handle themselves in their own upper house how come they can run a country? So low and behold this country does not need this extra baggage just like Kingdom mentioned in the first paragraph did not need a highly polarized religious lens and got rid of it once and for all.

I fear the last nail for the coffin of democracy has been cast and our worthy politicians are still not aware that how badly they have been exposed, not everything but something still could be rectified if sanity prevail. Since “Honour Killing” is lauded and considered a “heroic action” in South Asia, therefore honour of the motherland is very well in the script and the entire Constitution of 1973 could be killed claiming that it has ruthlessly failed to protect the honour of the Motherland. 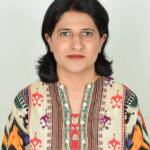