Honda motor is all set to launch its first all-electric mini hatchback in October 2020.

The new Honda E or EV (every man’s Electric Vehicle) will first be launched in Japan.

The Honda E will be priced at around $42,000. The company had focused the car for urban use, fitted with cameras instead of door mirrors, the EV will go on sale on October 30.

The Honda E has a battery capacity of 35 KW/h which can travel 300 km on a single charge.

The car is less than 4 meters long forcing it to reduce the size and capacity of the battery. According to Honda’s senior chief engineer, “Its smallness is a big attraction,”.

The car has new parking sensors which will make it easier to park in narrow spaces. 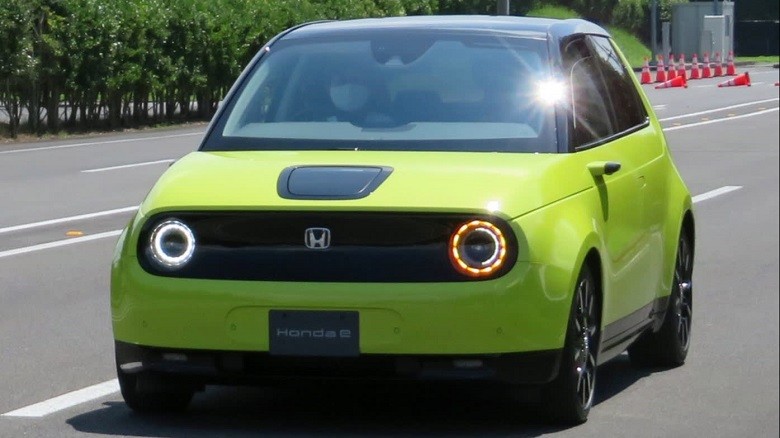 Just like the most expensive Lamborghini, the door mirrors have been removed so that the rear of the car can be seen on a screen inside through a camera and Honda claims that the image will be clear even in rain.

The dashboard of the car has five screens arranged horizontally to provide a driving experience of its own kind.

The battery charger is a 3-pin plug capable of charging the car for zero to full in about 4 hours, it is on fast charging. The car is a rare wheel drive with a horsepower of 154 while the lowest version of the car is 136 horsepower.

The Honda e’s price is lower than the other rivals but it is the same as Tesla’s Model 3. The computation sure is tough for Honda because Toyota Motor launched its first EV from its Lexus luxury brand and other big Japanese carmakers are accelerating their EV productions.

Mati
Mati-Ullah is the Online Editor For DND. He is the real man to handle the team around the Country and get news from them and provide to you instantly.
Share
Facebook
Twitter
Pinterest
WhatsApp
Previous articleKarachi rains: Urwa Hocane replied to all critics who were bashing the government
Next articleTraffic Plan in Islamabad for 9th Muharram Procession