ISLAMABAD, Pakistan: The Minister of State for Foreign Affairs Hina Rabbani Khar has formally taken charge of her Office at the Ministry of Foreign Affairs in Islamabad on Tuesday.

Upon her arrival at the Ministry, she was received by the Foreign Secretary Sohail Mahmood and other Senior Officials. 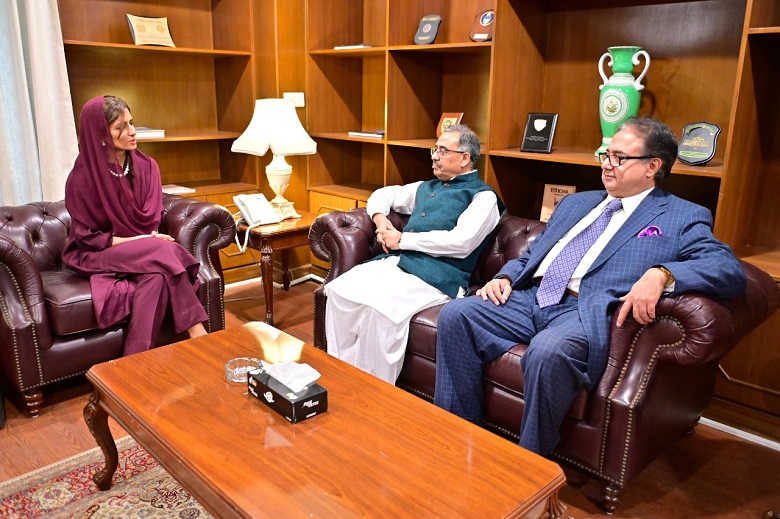 Earlier in the morning, the 44-year-old Hina Rabbani Khar of Pakistan People’s Party (PPP) took Oath of her Office along with her colleagues in the newly formed Federal Cabinet as the Country’s 12th Minister of State for Foreign Affairs.

Hina Rabbani Khar previously also served as the 21st Foreign Minister of Pakistan from July 19, 2011 to March 16, 2013 as the youngest person and the first woman to have held the position. She also remained as the Minister of State for Foreign Affairs from February 11, 2011 to July 20, 2011.

Mati
Mati-Ullah is the Online Editor For DND. He is the real man to handle the team around the Country and get news from them and provide to you instantly.
Share
Facebook
Twitter
Pinterest
WhatsApp
Previous articlePM Shahbaz vows to further advance economic dimension of relationship with UAE
Next articleMarriyum Aurangzeb vows all possible steps for welfare of media community