Powered by AB de Villiers, Lahore Qalandars would further boost its confidence if it overpowers the unbeaten Quetta Gladiators at Sharjah on Saturday evening.

Quetta Gladiators led by Sarfraz Ahmed hasn’t yet been beaten in HBL PSL 2019 and it won all of its previous three T20s.

But Lahore Qalandars struggled early on as it not only lost two of its first three T20s but also dealt with injury issues. Even its Captain Mohammad Hafeez had to bid adieu to PSL 2019 much earlier because of thumb injury.

But as star players rise to the occasion, AB de Villiers along with his Country mate David Wiese played a brilliant match winning inning for Lahore Qalandars on Friday against Multan Sultans.

AB de Villiers couldn’t steal the show in first three T20s in HBL PSL 2019 as he scored just 41 runs. But while leading the side in the fourth match, Mr. 360 fully entertained the spectators and scored 52 off just 29 balls with three sixes. 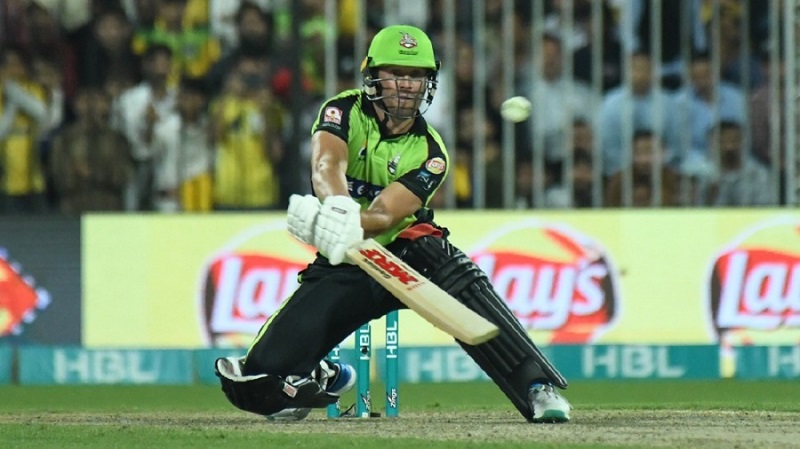 David Wiese’s 45 runs off just 20 balls with five maximums were also extremely crucial. Especially his six on the last ball off the 20th over made the difference in the match results.

Having succeeded to achieve a target of 201 in stipulated overs against Multan Sultans surely took Lahore Qalandars’ confidence to sky high. Therefore, Quetta Gladiators must retain its high standard in the next game to overcome the emerging threat.

Mati
Mati-Ullah is the Online Editor For DND. He is the real man to handle the team around the Country and get news from them and provide to you instantly.
Share
Facebook
Twitter
Pinterest
WhatsApp
Previous articleSAARC should play its role for restoration of peace in South Asia: Pakistan FM
Next article8th Round of Pakistan-China Consular Consultations held in Islamabad