Hania Amir is the heartthrob of Pakistan, there is no denying that. Her dimpled smile, constant laughing, pranks on the web, and carefree style has caught the hearts of many. Fans do their best to make sure they get noticed by her, but this one fan has outdone himself. In a bid to let Hania know how much he likes her, there is a fan who hasn’t only written and performed in one but two rap songs. And these songs are all level of fun and crazy. 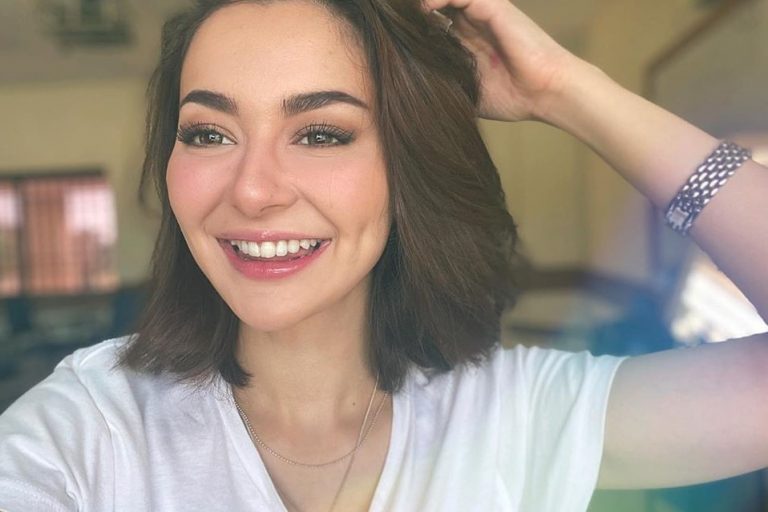 Don’t know what I am talking about? Give a read!

Who Is This Crazy Hania Amir Fan?

Instagram has a way of producing gems. This time around, we have an Insta use ‘I am The Shah’ who has confessed his liking for Amir in a rather unique way. The boy, in this bid to go viral and get the attention, produced a catchy rap titled ‘Hi Hania’. The rap confesses his liking for her alongside all the likable traits we know about the Janaan actress’s personality.

Here is how it starts:

“Hi Hania… it is about to get real.

“You probably never know me, but I am still here… it is about to get twisted…

“But your dimples got me simping, slipping, tripping, thinking fiction….”

This is how the rap opens up and goes on to talk more about Hania in the next minute or so. Muhammad Shah shared this on his public Instagram account with the caption:

“Hi Hania… I swear I’m not a complete psycho… hehe.”

Here is the video he posted:

As soon as he posted the video, it almost went viral over Instagram. People started tagging their friends and flooding the comments section of the post. Some thought it crazy, some thought it was creepy, while others thought it was weird but in a cute way. Everyone had their opinion and rather mixed ones overall, but all the while people did tag Hania in the post so she could notice.

Here are some of the screenshots taken from the comment section: 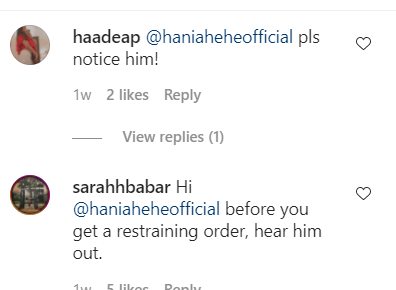 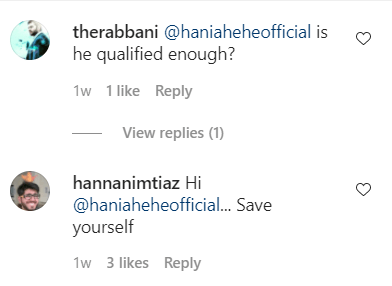 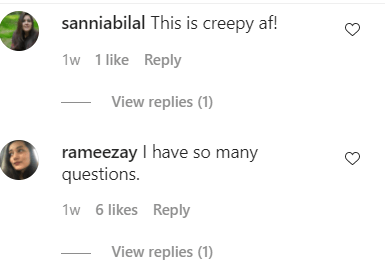 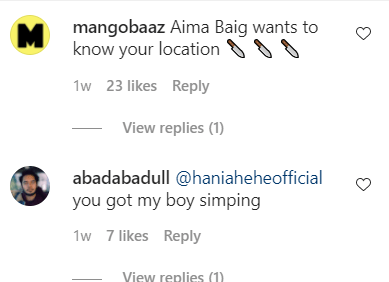 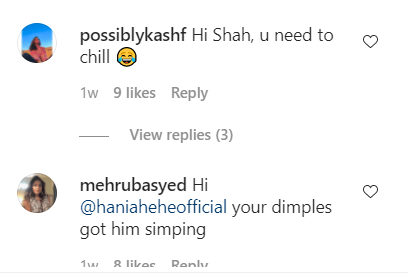 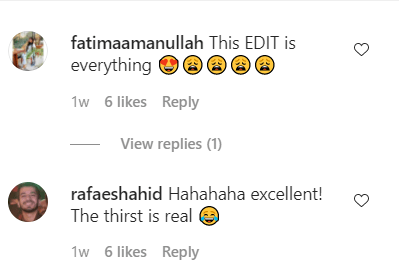 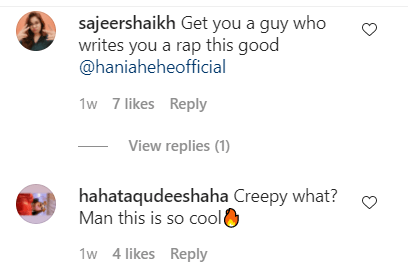 As soon as the first video went viral and people started noticing him, the guy got the confidence that Hania might get in touch with him. But, alas, she didn’t. This broke the young rapper’s heart even more. In his bid to get this noticed again, he made another rap titled ‘Bye Hania’, which focuses on how she broke his heart and ignored his love for her.

The rap also interprets the guy drinking milk instead of alcohol to portray his sadness. Have a look at the video to have a good laugh yourself:

She Finally Noticed Him!

So, again, it boils down to did Hania notices him in the end or not? As a matter of fact, she did. Once the Bye Hania video was posted, she took notice and commented on it. Here is the screenshot of her comment:

Now, here is what the super eager Shah replied:

Now we are yet to see where this story goes and where fate takes this young boy. There is one thing we are sure of, Muhammad Shah definitely has untapped talent and potential just like his muse Hania Amir and we can’t wait to see him making his rightful mark in the industry.