Hamza and Naimal - the heavenly gorgeous couple is celebrating the 1st wedding anniversary.

Hamza and Naimal – the most popular and the heavenly gorgeous couple of industry is celebrating the 1st wedding anniversary. The couple has taken this celebration to Instagram while sharing family picture for the very first time.

For the very first time, Hamza Ali Abbasi and Naimal Khawar shared family picture with Mustafa on social media. These adorable pictures are going viral as the fans have got chance to see the latest picture of Mustafa with parents.

Hamza Ali Abbasi share this picture with the heartwarming caption to rejoice first wedding anniversary. He wrote with the picture:

“And one of his signs is that he created for you spouses from among yourselves so that you may take comfort in them and he placed between you Love & Mercy. In this there is surely evidence of Truth for those who ponder.” Quran 30:21. 1st Anniversary ❤ Thank You Allah! 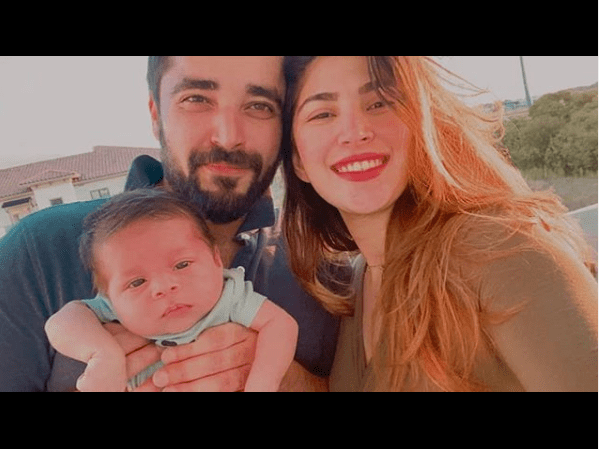 On the other hand, Naimal Khawar also expressed gratitude towards all the blessings on her first anniversary. She also shared a family picture and wrote, “Couldn’t be more grateful to Allah🙏🏻 Anniversary ♥️” 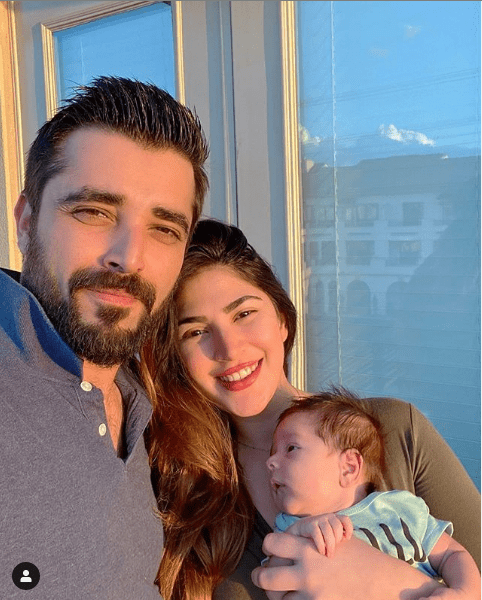 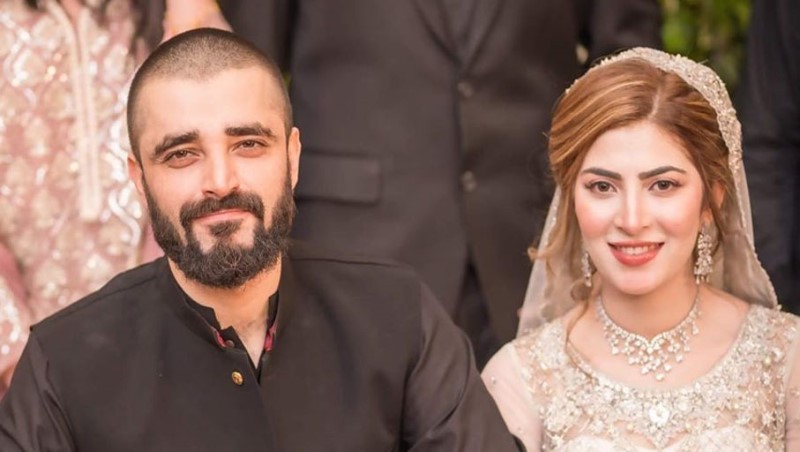 Hamza Ali Abbasi and Naimal Khawar got married last year on 25th of August. The couple announced the news without any sensational element and surprised fans. Everyone considered them a perfect couple and they looked magnificent on their wedding day. 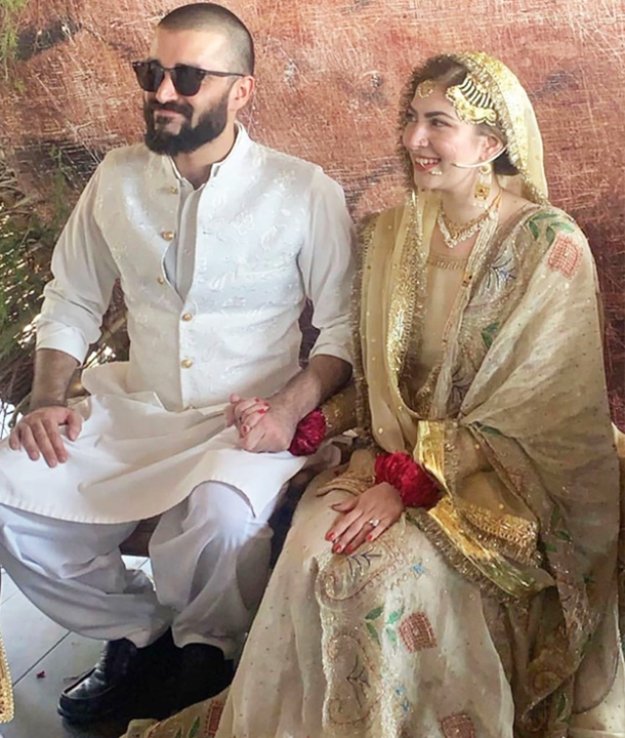 The ceremony was organized in a simple way with some friends and family invited to make it special moment. This wedding got popular for simple arrangements unlike other celebrity weddings.

Hamza Ali Abbasi and Naimal shared the great news of arrival of their baby boy on social media this year on 30th July. For the first glance of the baby and to share this news with fans, the picture was posted on 3rd August, 2020. This name of this cute baby of the gorgeous couple is Mustafa Abbasi.

The couple expressed happiness and gratitude on welcoming a new member to the family while sharing news with fans. Since then, Hamza and Naimal shared the family picture now on social media and fans are showering love over it. 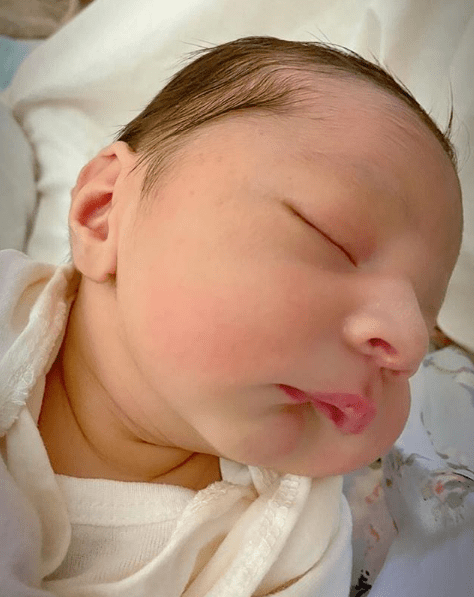 We wish Hamza Ali Abbasi and Naimal Khawar first wedding anniversary with the hope that they live happily ever together!

Wardah Farooqi
Wardah Farooqi has been working as a writer for 6 years. She also worked at Dunya News, Live Pakistan Magazine, and numerous local as well as international platforms. When she isn't writing, you can find her assisting people in bringing out the best!
Share
Facebook
Twitter
Pinterest
WhatsApp
Previous articleBTS Releases Blooper-Filled ‘B-Side’ Video For ‘Dynamite’
Next articleAll you need to know about Mohsin Abbas