Greece to make new policy for legal immigration of Pakistanis

ISLAMABAD, Pakistan: Greece wishes to make a new policy in 2022 for the legal immigration of Pakistanis with an aim to provide visas for five years; in each year the emigrant can stay in Greece for nine months and spend the rest back home.

It was told by the Minister for Migration and Asylum of Greece Notis Mitarachi when he met the Prime Minister’s Advisor on Overseas Pakistanis Ayub Afridi in Islamabad on Monday and discussed ways to promote legal migration channels for Pakistanis.

Notis Mitarachi said that Greece has put strict border control and decreased illegal immigration in the past two years. 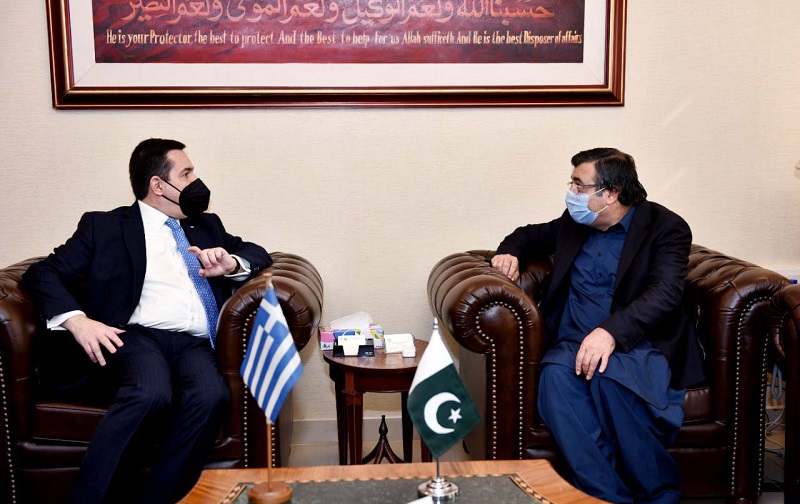 Further elaborating the new migration policy, the Greek minister said that its three big objectives are; (1) Issuance of new visas through legal channels, (2) Legalization of illegal immigrants, and (3) Eradication of Smuggling and illegal migration.

The Greek minister also assured that legal migration will increase revenues for Pakistan and will promote Pakistan International Airline (PIA) for direct flights to Greece.

Unfortunately, Greece and Pakistan didn’t have strong communication regarding migration in the past and, therefore, Pakistanis in Greece have been suffering due to this.

The advisor told the Greece’s minister that Pakistan is making a database to provide Countries with a specialized human resource according to their demand.

The advisor said that smuggling and human trafficking also promote terror financing and money laundering, which Pakistan is currently struggling to eradicate. He also conveyed to the Greek minister of the tourist potential in Pakistan and said that the country is ready to host Greek tourists.

The Greece’s minister for migration and asylum said that it will be a good initiative for Pakistan to become a partner in migration by providing specialized human resources through legal channels.

Notis Mitarachi said that a successful migration policy is to ensure that these emigrants will one day come back to the Country and bring back investment.

A Declaration of Intent is signed between the two representatives to continue efforts for a firm migration policy to promote legal Pakistani emigration.