Govt urged to raise standard of education, and avoid discrimination

LAHORE, Pakistan: The participants of a consultative meeting organized under the auspices of the Centre for Social Justice (CSJ) urged the government to adopt a more inclusive process for framing education policies in order to fulfill the promise of Articles 22 and 25 A of the Constitution of Pakistan. 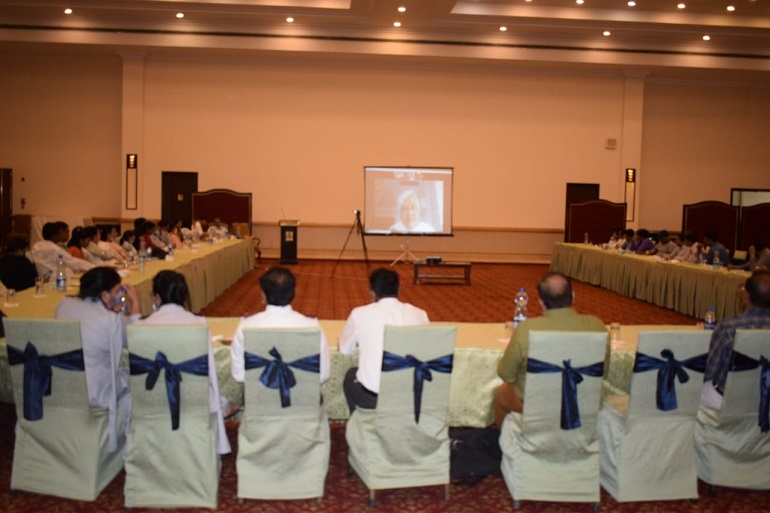 The speakers reminded that it was the commitment Pakistan made under sustainable development goals, and other international human rights treaties.

The participants emphasized that the Ministry of Federal Education and Professional Training should broaden the consultation to the parents, policy experts, and educationists to develop a national education policy.

The CSJ Executive Director Peter Jacob lamented that the new curriculum might become an instrument of divisions rather than fostering social cohesion in the society.

Peter Jacob noted that the orders of the court under the Jillani Judgment calling for developing tolerant curricula had not been effectively implemented by the federal and provincial governments. The content of textbooks developed under the Single National Curriculum (SNC) ends up adding more religious teaching in subjects that are essentially non-religious such as languages and social sciences. As per instructions, the teachers are supposed to send minority students out of the classrooms when lessons on Islam are taught. This arrangement is discriminatory and violates the constitutional guarantees of the right to equality and non-discrimination and freedom from coercion.

Peter Jacob emphasized that the government must pay heed to the independent voices calling for positive educational reforms, as the promotion of social and religious tolerance through curricula and textbooks is in the national interest of the Country.

A researcher and author, Dr. Rubina Saigol categorically rejected the SNC for violating the 18th amendment to the Constitution of Pakistan, and the principles of federalism. She termed it an encroachment into provincial domain by the federal government.

Dr. Rubina Saigol observed that teaching one religion overwhelming in every subject is against the spirit of tolerance, diversity, and pluralism, and the forced teaching of a religion totally different from students’ religious conviction is the blatant violation of Article 22(1) of the Constitution of Pakistan.

Dr. Rubina Saigol observed that the government has misunderstood the concepts of harmonization and equality, as the economic redistribution can only produce equality, not the harmonization of education. She noted that the single national curriculum is basically a way to harmonize everybody into one singular kind of thinking, which is static thinking. She warned that “SNC is gender-biased and religiously prejudiced, therefore using anything like SNC is going to be damaging for all sections of society”.

A historian and educationist, Dr. Yaqoob Khan Bangash observed that the haste in approval of the craft, the lack of expert involvement, and transparency, have made the Single National Curriculum controversial. All concerned quarters must work together to make it comprehensive and inclusive as it is going to have a lasting effect on the country and concerns the future of our children.

Dr. Yaqoob Bangash further noted that the nationalization of schools in 1972 caused a decline of quality education. Rather than improving the quality of government schools and increasing their number, the then dictatorial regime simply took over private schools. Particularly for the Christian community, this takeover was a huge setback from which they have never recovered. The recent efforts to take over Edwardes College Peshawar is an exercise of the same approach which must be condemned. The Khyber Pakhtunkhwa government must immediately stop interfering with the educational institutions, while all remaining institutions should be denationalized in Punjab and Sindh and handed over to the relevant bodies honouring the policy for the denationalisation of educational institutions, 1984.

The CSJ presented the findings of the study on Christian-run schools in Punjab which revealed that many schools are facing severe challenges with regard to proper facilities, training, etc. including; availability of sufficient classrooms, computer and science laboratories, portable water and clean toilets, etc.

The study also assessed that the Christian students belonging to the same schools lagged behind by 12% from their Muslim peers in their academic performance at the Matriculation level in Punjab.

The participants demanded that the federal and provincial ministries with the mandate on education, human rights, and minorities affairs must support the Community lead schools, in need, to improve their institutional and infrastructural capacity in order to improve Pakistan’s progress towards SDG goal # 4.

Scholarships In Canada For Pakistani Students 2023